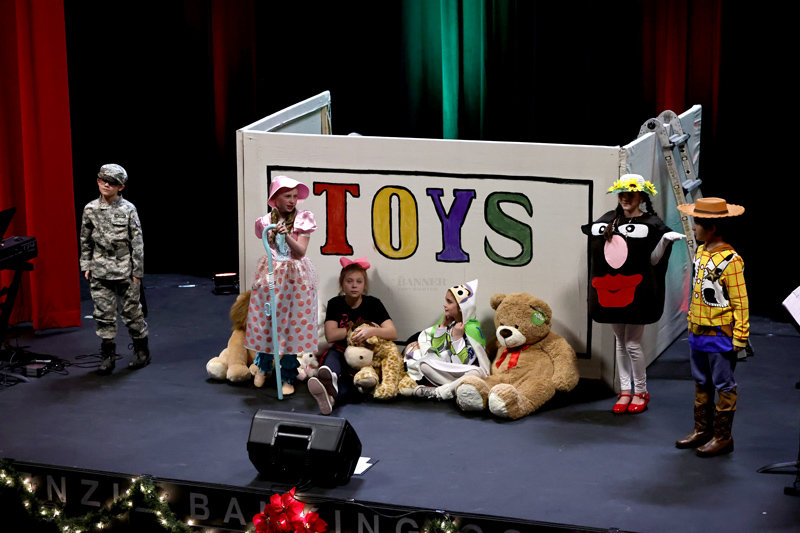 A cast of young performers tells the true meaning of Christmas in the skit, “Joy Story.” 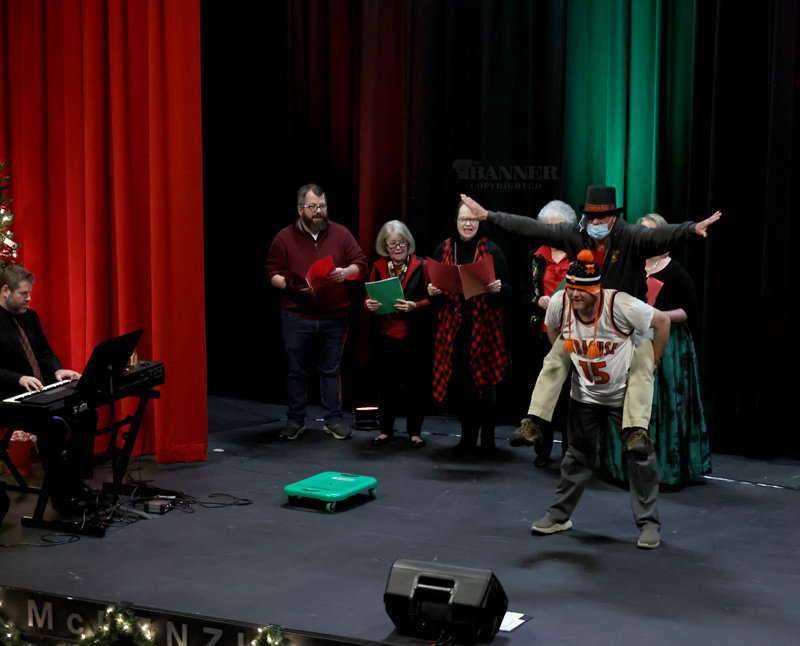 Mark Warren and Ed Long perform a hilarious version of “The 12 Days of Christmas,” accompanied by The Mistletoe Singers. 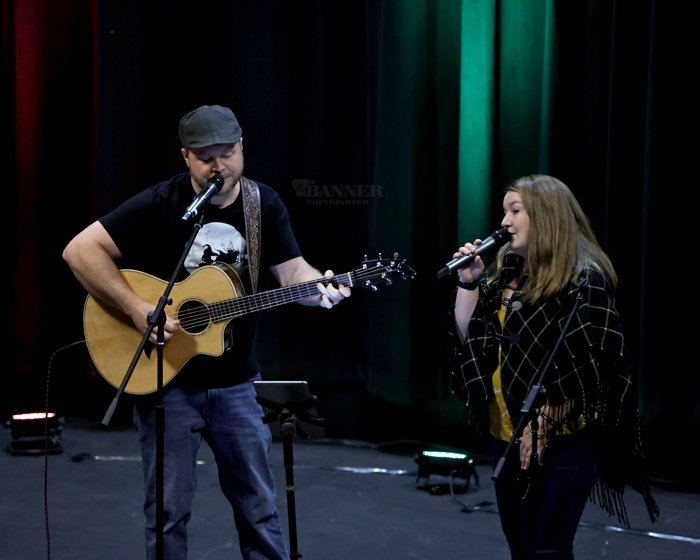 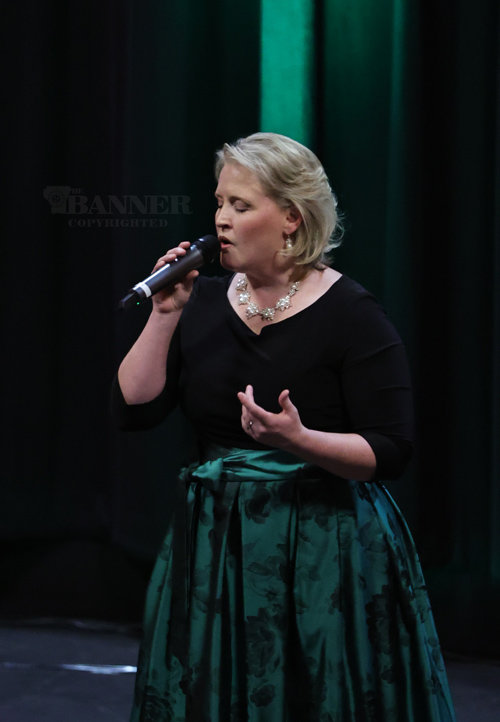 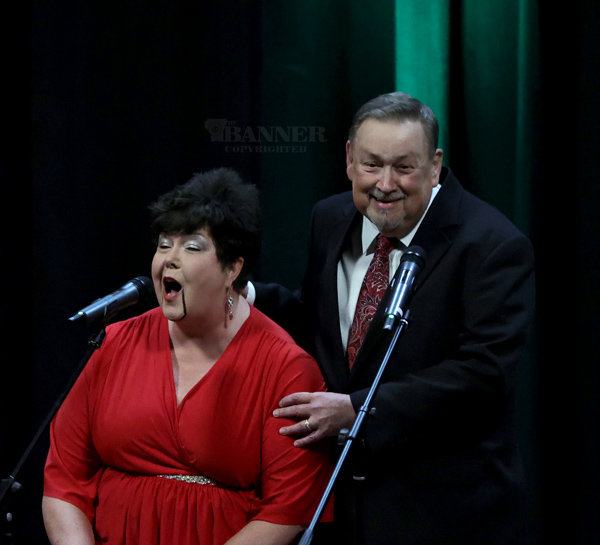 Wayne and Trudi Bannister do a comedic version of “White Christmas” as a ventriloquist and his dummy. 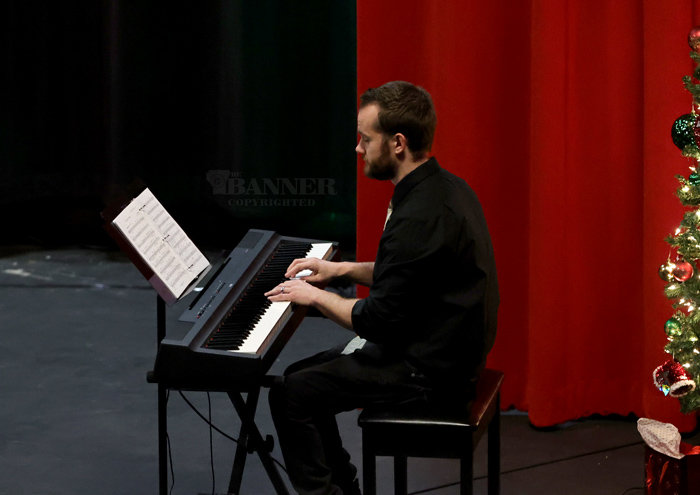 The audience was treated to a bevy of Christmas songs and instrumentals, comedy skits which included a frantic version of “The Twelve Days of Christmas”, a heartwarming Christmas story, and even Elvis’ “Blue Christmas”.

A special treat was a skit by some of McKenzie’s youngest performers as they dressed as characters from Disney’s “Toy Story” and emerged from a giant toy box to present the true meaning of Christmas in “Joy Story.” The cast included Maggie Webb, Nevaeh Herris, Mary Ryan Morris, Abby Price, Miles Fontana, Olivia Fontana, Charlie Scott and Ty Scott. It was under the direction of Glynda Rich, with assistance from Denise Sam and Allison Cummings. The student assistant was Ava Isbell.

The evening concluded with an audience sing-along and a special appearance by Santa and his elf. Children in attendance were invited on stage to visit with Santa and receive a gift bag.

Keith Herris served as the music director, Wayne Bannister served as the coordinator of the event, and members of Carroll Arts were in charge of ticket sales and stage decorations. They included Bill and Geneva Johnson, Allison Cummings, Donna Ward, Shirley Martin, Glynda Rich, and Denise Sam with assistance by Angie Bruce. Sound and lighting coordinator was Casey Crosser, assisted by Serenity Crosser.