As I worked on various topics over the years, it has surprised me as of late the number of small municipalities and communities that make up Carroll County. I find it fitting to dedicate a little space the next few weeks to provide a little history of our neighbors that are Carroll County. 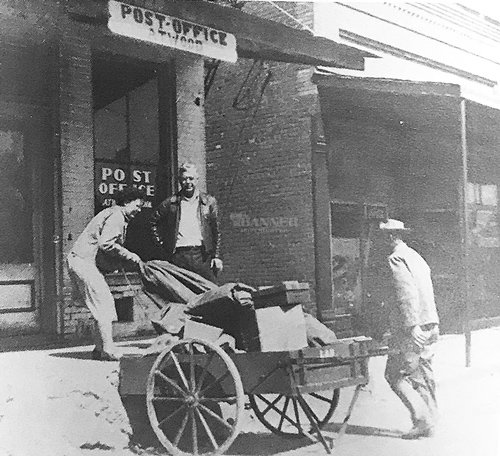 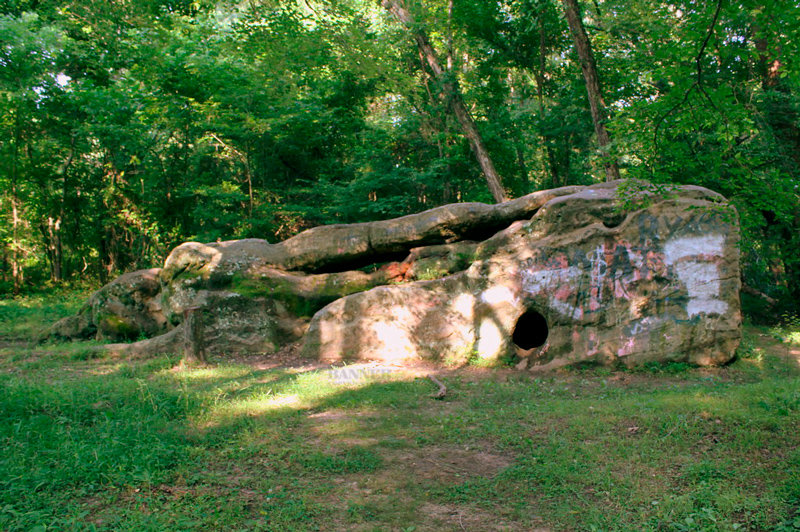 The rock formation gave away to the naming of the town of Hollow Rock. The formation is about 50 feet long, 10 feet tall and 15 feet wide. 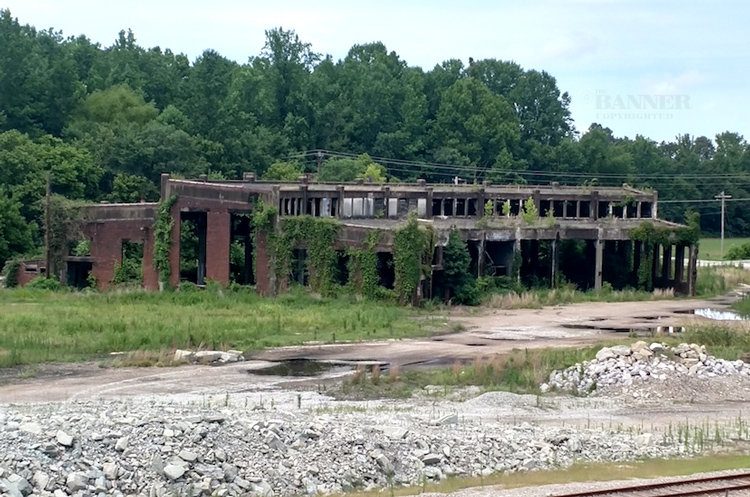 Before it was razed, Bruceton had the last remaining roundhouse of the North Carolina & St. Louis Railroad. It was built in 1925.
Previous Next
Posted Tuesday, January 11, 2022 9:11 am
By Jason Martin
jmartin@mckenziebanner.com

As I worked on various topics over the years, it has surprised me as of late the number of small municipalities and communities that make up Carroll County. I find it fitting to dedicate a little space the next few weeks to provide a little history of our neighbors that are Carroll County.

I can almost guarantee that I will leave someone out, but it was not intentional. As Alexander Pope wrote, “To err is human, to forgive divine.”

Atwood
Atwood was settled in the 1820s by the family of C.W. Keaton. As the town expanded with a blacksmith shop, sawmill and store, they were all within sight of the old Keaton Homestead.

J.H. Witt Cage leased land to the L&N Railroad. The railroad provided a boom of expansion for the little township and by 1855, Atwood had a post office. William J. Kirk was its first postmaster.

Atwood schools grew from a one-room school in 1850 to a four-year high school in 1935. Schools in Atwood, Trezevant, McLemoresville and Lavinia were consolidated into the West Carroll Special School District. In 1951, Atwood was incorporated with C.V. Moore as its first mayor.

Bethel
The Bethel community is located between Beaver and Crooked creeks. Bethel Missionary Baptist Church is the center of the community. Bob Malone built a store on Highway 22 later selling it to the Carters.

The first school was built east of the church near the Carter farmer. It and the Warbritton school consolidated and in 1955 they became part of the Huntingdon Special School District.

Bruceton
Before 1921, the present site of Bruceton was known as Hollow Rock Junction and the entire area was crisscrossed by two railroad tracks, extending from Nashville to Hickman, Kentucky and from Memphis to Paducah, Kentucky.

Railroad terminals from Lexington, Martin and Paducah moved to Bruceton. The town was called Junction City but in 1928 it was incorporated as Bruceton in honor of W.P.

The first school was taught by Lucretia Owen in a railcar. Sometime in the early 1920s, Bruceton Elementary was built. During the 1930s the citizens sold stock in the Bruceton Industrial Corporation to pay for the cost of a building hoping to attract industry. Henry I. Siegel Co. (H.I.S.) came to terms with the board to open a factory in 1939.

Buena Vista
One of the first settlements in Carroll County was made in 1820. It became known as Buena Vista. The first settlers were the Hamptons, Roberts, Criders, Nesbitts, Wilsons, and Rogers. W.P. Nesbitt was the first merchant and James Shield owned the cotton gin.

The North Carolina and St. Louis Railroad Company operated passenger and freight trains through the community, the passenger trains afforded transportation and mail service to the residents. Ken Pinkley was the depot operator. A.H. Hendrix was section foreman.

Mail was delivered daily to Buena Vista by train. Among the Posters and Mistresses were G.C. Kee, Ollie Hill Butler and Flora Williams.

A Southern Methodist Church was built in a large grove of cedar trees, giving the settlement its name. Reverend Jimmy Woodard was one of its earliest preachers.

Soon a store was built and John W. Roberts served as the merchant. Later W.G. Parker ran the store along with serving as the postmaster.

Cotton became the cash crop of Cedar Grove leading to a gin being built at Parker’s store. It was mule-driven and could gin about 3 bales a day.

South of Cedar Grove on McCannery Creek was a water-powered gristmill. Locals brought their wheat and corn to be milled.

During the Yellow Fever epidemic, Dr. Holmes and W.L. Williamson came to Cedar Grove looking for a place to bring their families until the epidemic subsided. They discovered several mineral springs at the foot of a hill that had a large cave in it. They camped there and later purchased the land. Holmes and Williamson built a summer resort with cottages, a hotel and dancehall calling the resort “Sulphur Springs.”

Clarksburg
The City of Clarksburg began as a post village around 1850. It was established on land owned by Peter Wood. Stories tell tales of a community of five saloons and four doctors with oil lamp street lights. According to the 1850 census records, there was a population of 100 with three general stores, a gristmill and a cotton gin.

Dollar
In the beginning, Dollar was a thriving community with a post office, a general store, a cotton gin, a sawmill, a gristmill and a blacksmith shop. The oldest store remembered was the Wheeler Store run by Taylor Boyd (who also owned the cotton gin).

The first post office was established in 1881 with Phillip Butler, Jr. serving as postmaster. It was discontinued in 1904 when the rural mail routes were organized out from Buena Vista.

The first school was established around 1910 with two teachers.

Tall tales tell of how Dollar Hill got its name from cars having to be towed up the hill for a dollar. The actual truth, Jonathan and Sarah Dollar purchased at the bottom of the hill; which became known as Dollar Hill.

Hollow Rock
Before 1867, the town of Hollow Rock did not exist. When the Nashville and Northwest Railroad (L&N Railroad) was completed, a station and telegraph office opened and was given the name of Hollow Rock, taking its name from a large rock mass nearby. Before the railroad’s arrival, this area was a small stop along the Memphis to Bristol Stage Road. The stage road later became Highway 70.

The small settlement was originally known as Sandy Bridge as there were few bridges over streams in West Tennessee. Sandy Bridge had a post office and log inn. As the settlement grew with the railroad, a station was built on property owned by the McMackins. N.B. Lipe built a store on the corner of Hotel and Front streets.

By 1869, Hollow Rock was chartered. A newspaper known as The Record was printed for several years. In 1885, the Nunnley Hotel was built followed by the Presson House in 1920. There were three saloons, between the Big Sandy and the railroad tracks.

In 1907, a bank was organized, the building was constructed in 1910. Across from the bank stood a large two-story building. The Knights of Pythias Lodge met there. Below the lodge was Hill’s Store. North of the building stood the Holbomb Produce house. At one time, Hollow Rock had a cotton, gin, brick kiln, mill and carding factory (textile manufactoring).

(The research for this article came from History of Carroll County, Tennessee, 1986.)