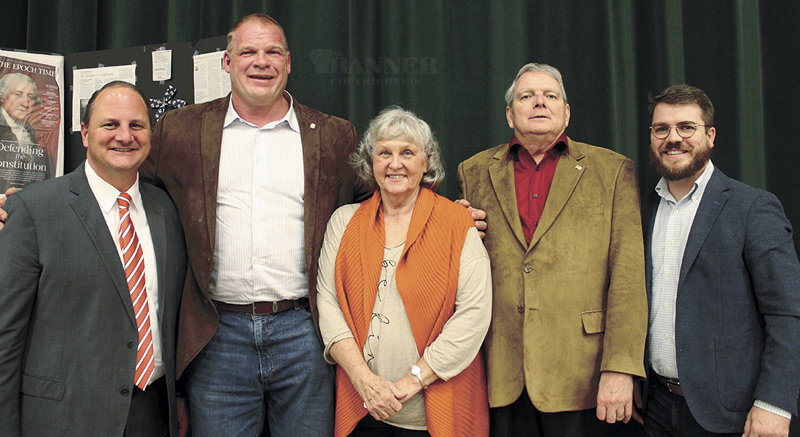 In his introduction of Mayor Jacobs, Mayor Butler noted the Carroll County Civic Center had hosted many famous wrestlers in the past…Jerry Lawler, Bill Dundee, Randy ‘Macho Man’ Savage…but none more recognizable than WWE Hall of Famer, Kane. Butler also noted that Mayor Jacobs, in his campaign three years ago, had pledged to make Knox County a business-friendly area and his track record of over 2,500 new jobs are a testimony to his work.

Mayor Jacobs told of his life story and how everyone should have the chance to become who they want to be as part of the American Dream, as he was a perfect example of that. He is the son of a U.S. Air Force family, which instilled in him a strong work ethic and a passion for individual freedom. Mayor Jacobs said he had been blessed to play college sports, be a professional wrestler, appear in movies and own an insurance agency, in Knoxville, with his wife, Crystal. They have two daughters and two grandchildren.