CARROLL COUNTY (January 2022) — After more than 20 years of the proposed construction work has begun, beginning with the razing of structures and removal of trees and other objects that are in the path of the U.S. 79/State Route 76 bypass around Atwood and Trezevant. 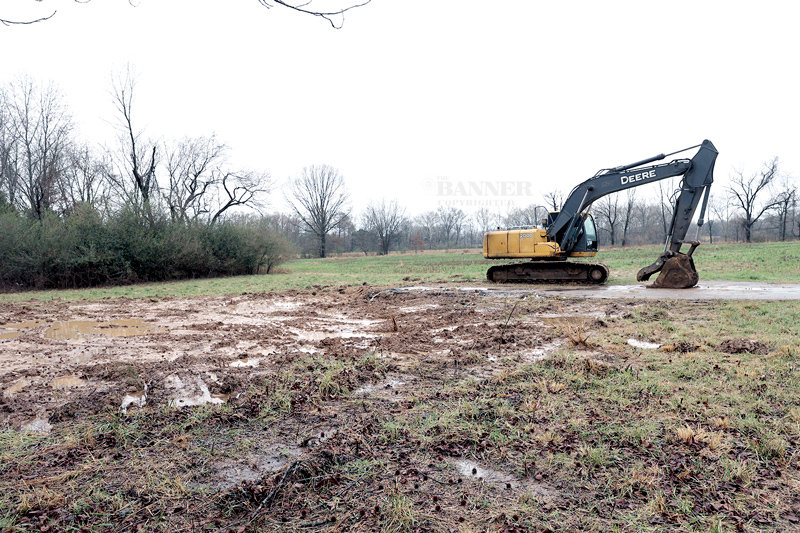 A trackhoe sits idle after razing a house along State Route 76 (US79) near Cutlip Lane in Trezevant. It was one of the many structures razed to clear a path for the new four-lane highway around Trezevant and Atwood.
Posted Tuesday, January 11, 2022 5:30 pm

CARROLL COUNTY (January 2022) — After more than 20 years of the proposed construction work has begun, beginning with the razing of structures and removal of trees and other objects that are in the path of the U.S. 79/State Route 76 bypass around Atwood and Trezevant.

Motorists can now see homes removed along State Route 70A for the new road near West Carroll Junior/Senior High School in Atwood as the new roadway will bypass downtown Atwood. Also, homes near Power Station Road in Trezevant are removed to accommodate the new roadway as it bypasses downtown Trezevant.

A contract was awarded to Delta Contractors at a cost of $29,734,482.50 to perform grading, drainage, construction of a concrete box bridge and noise wall along a new route from Cades-Atwood Road in Gibson County to east of State Route 77 in Carroll County. Estimated completion date is May 31, 2025.

The project along State Route 76 (US 79) in Carroll County involves widening and realignment of the existing roadway for approximately 12.6 miles. Due to the size of the project, the proposed improvements have been divided into three smaller sections.

A second section from east of State Route 77 to West of Cutlip Lane. That section is a candidate for letting on January 10, 2024 or possibly earlier if stimulus money is available. That section will bypass Trezevant.

The third phase - from west of Cutlip Lane in Trezevant to west of Sydnor Rd./Winston Rd. in McKenzie – the right of way purchase phase is expected to begin in the fall of 2022.

The completed project will create a four- or five-lane highway from McKenzie to Milan.