MARCH 25 — The Tennessee Board of Regents today appointed Willie Huffman as the next president of the Tennessee Colleges of Applied Technology at Paris and McKenzie. 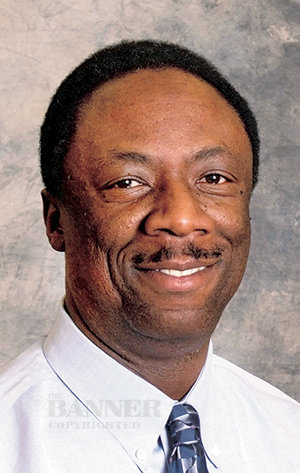 MARCH 25 — The Tennessee Board of Regents today appointed Willie Huffman as the next president of the Tennessee Colleges of Applied Technology at Paris and McKenzie.
Huffman has been vice president of TCAT Paris since 2007 and a staff member at TCAT-Paris and its sister school, TCAT-McKenzie, since 1988. He will succeed Dr. Bradley White, who is retiring as president of the colleges March 31 after 44 years of service as an instructor, counselor and administrator. White has been president since 2006.Tennessee College of Applied Technology Paris.
Huffman was one of two finalists for the presidency selected earlier this month by a search advisory committee. Both participated in an online campus interview and public forum March 11. TBR Chancellor Flora W. Tydings recommended Huffman’s appointment to the board after reviewing input from the campus community and conducting final interviews. The board unanimously approved and Huffman will assume office as president April 1.
Huffman earned a master of professional studies degree in strategic leadership at Austin Peay State University and a bachelor of science in business administration at Bethel College.
“I would like to thank Chancellor Tydings and members of the Board of Regents for allowing me the opportunity to serve as the next President of TCAT Paris and McKenzie,” Huffman said. “Both of these institutions have a long history of producing quality graduates and a servant mindset for the communities they serve. I want to continue and build on this long-standing tradition. I know with the help of the students, faculty and staff, it is possible. I have witnessed how a technical education can play a major role in changing someone’s life and have a positive impact on their community. I would like to continue to provide opportunities for both students and communities to grow.”


Willie is a native of Henry, a 1977 graduate of Henry County High School, 1981 graduate of Bethel University and a 2012 graduate of Austin Peay State University, where he earned his master’s degree.
Huffman started his career as a student recruiter at Bethel and advanced to assistant director of admissions. He started at the State Area Vocational Technical School, where he worked as student counselor and in financial aid. He transferred to the sister school in Paris, where he advanced to vice-president of the school under the direction of Dr. Brad White.
Both Huffman and Dr. Jan Latimer of McKenzie are advancing. Mrs. Latimer is the new vice-president at the McKenzie campus. She is relocating from the Paris campus.
Huffman and wife, Gloria have two grown children, Bryan and Heather and two grandchildren.
Willie and Gloria are members of the Greater Enon Baptist Church, McKenzie. He has served in the McKenzie Lions Club, Carroll County Chamber of Commerce Board of Directors, Henry County Chamber Board of Directors, is a graduate of Leadership Carroll County, and WestStar, and was elected to the McKenzie City Council, Carroll County Commission, and was appointed to the Carroll County 911 Board, McKenzie Housing Authority, and the McKenzie City Board of Zoning Appeals.