McKENZIE (July 22) —James Derek Jones is the new director of the Renaissance Regiment at Bethel University. 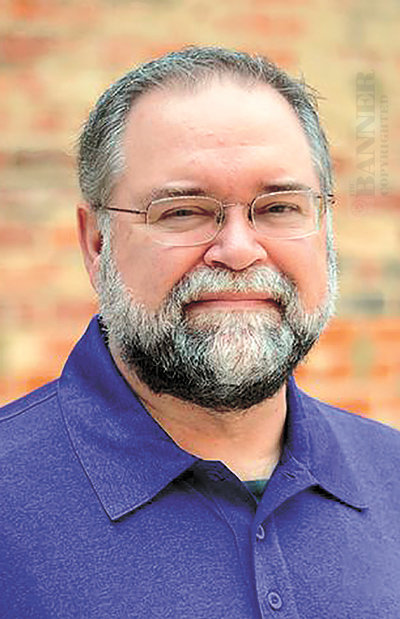 McKENZIE (July 22) —James Derek Jones is the new director of the Renaissance Regiment at Bethel University.

Jones served as director of bands at Calloway County High School in Murray, Kentucky since 2010.

Prior to Calloway County, Jones taught at Lambuth University in Jackson, Tennessee, where he conducted the wind ensemble and jazz band and taught applied woodwinds, conducting, orchestration and arranging, secondary music methods and sight-singing.

A native of Milan, Tennessee, Jones holds Bachelor of Science in Education and Master of Music degrees from Austin Peay State University and a doctorate in education from the University of Memphis.

“We are so excited to welcome Dr. Derek Jones to our team, and we can’t wait to see what the future holds, said Matthew Holt, executive director of Renaissance. “I have heard nothing but incredible things about Derek, and after getting to know him, I’m even more convinced that he is the perfect person for the job!”

Jones is active as a clinician, adjudicator, guest soloist and conductor throughout the Southeast. His compositions and arrangements were performed by many high schools and university bands in the region. In addition, he wrote several articles, CD and book reviews for The Instrumentalist magazine. His composition “Impressions on an Old Swedish Air” (TRN Publishing Company) was performed at the 2009 Midwest Band and Orchestra Clinic in Chicago, Illinois, by the Hillcrest High School Wind Ensemble from Tuscaloosa, Alabama.

“It is an honor and a thrill to be a member of the Bethel University family as director of the Renaissance Regiment,” Jones said. “I am excited for the upcoming year and can’t wait to meet the students in the program. I am thankful to the Renaissance team for this wonderful opportunity and to God for leading me here!”

“I’m very excited to have Dr. Jones on the team! He’s a great man, musician and he loves the Lord. He will certainly be an asset to the Renaissance program and to Bethel University, said Tremayne Johnson, director of Renaissance percussion.

As a clarinetist, Jones studied with Dr. Stephen Clark at APSU and has been coached by Leon Russianoff (Julliard); Steve Girko (Dallas Symphony); Dr. James Gillespie (North Texas); Fred Ormand (Michigan) and Standley Hasty (Eastman). He received the Lebrani Clarinet Award in 1988 and was the principal clarinetist in the Tennessee All-State Orchestra in 1987 and band in 1988. He performed with the Tupelo Symphony, Tupelo Wind Symphony, the Jackson Symphony Orchestra and the Paducah Symphony Orchestra on clarinet, bass clarinet and saxophone as a featured soloist. He performs regularly on clarinet and saxophone with the