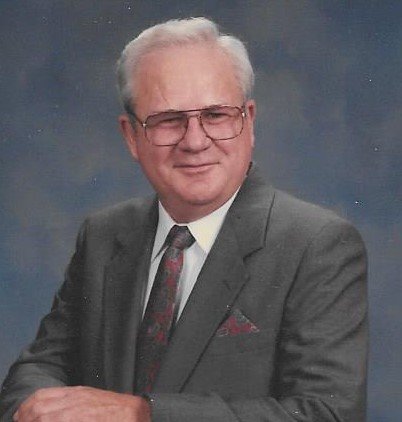 Lee Donald Taylor
Posted Sunday, January 2, 2022 9:15 pm
Brummitt-McKenzie Funeral Home
1740 East Cedar Avenue
Mc Kenzie, TN 38201
View larger map
McKENZIE, Tenn. - Services for Mr.. Lee Donald Taylor, 89, are Wednesday, January 5, 2022 at 1 p.m. at Brummitt-McKenzie Funeral Home with Brother Dennis Trull officiating.  Interment will follow at Mt. Olivet Cemetery.
The family will receive friends on Tuesday, January 4, 2022,  5 p.m. until 7 p.m. and Wednesday, January 5, 2022,  11 a.m. until service time.
Mr. Taylor, a retired automobile salesman and owner of Taylor’s Auto Sales retired in 2009,  Mr. Taylor with his family moved to McKenzie with the Western Auto Store in 1972, he also was the owner of Taylor’s Outlet with stores located in Huntingdon, Somerville, Savannah, Brownsville, Martin and Bolívar died Saturday, January 1, 2022 at his residence.
He was born on October 26, 1932 in Adamsville, Tennessee to George Morris and Lessie Mae Hawkins Taylor. He was a member of McKenzie First Baptist Church in McKenzie, a Korean War veteran of the US Air Force and was a Mason.  He was preceded in death by his parents.

Brummitt-McKenzie Funeral Home is in charge of arrangements.  For more information please call (731) 352-4848 or visit www.brummittmckenziefuneralhome.com.