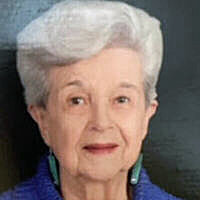 GREENFIELD - On June 16, 2022, the Campbell family lost their matriarch when Margaret Lee Campbell Porter departed from this life. Just shy of her 92nd birthday in July, she had collected many names –  Margaret, Sistah, Mom, Momma, Marge, Doomer, Grandmother, and Gran. For over nine decades, she lived a full life of love, of laughter and joy, of sadness from many losses, of toughness and grit, and of dignity and grace.

Born to the late John Henry Campbell and Stella Mae (Floyd) Campbell, Margaret grew up a sharecropper’s daughter in Greenfield, Tennessee. She had four brothers and three sisters who she sometimes cared for and always loved. Her stories of life on Kimery Store Road revealed how they were no strangers to hard work in the cotton fields and learned early on how to make much from not much at all.

Margaret graduated from Greenfield High School and then trained to become a nurse’s aide. At her retirement, she had spent more than 40 years in the profession, the majority at Porter Clinic in Greenfield. Many years after her retirement, people still share stories with her family about the care they received from her.

A member of First Baptist Church in Greenfield, she sang in the choir, served thousands of cookies and drinks at Vacation Bible School, made sure the kitchen was ready when a family was in mourning and needed lunch after a funeral, tithed faithfully, and offered words of welcome, pats and her bright smile each Sunday morning.

Marrying the now deceased Bennie Robert Campbell, she became the mother to Cathey, Bart, and the twins Kelly and Karen. First, the young couple traveled as part of his military service, then they settled in Greenfield and built the red brick house that Margaret kept in the family for decades. Suddenly widowed at the age of 41, Margaret was a single mother who continued to work to support her children. After her children had grown and her grandchildren began to be born, she married her second husband the now deceased Dr. Nathan Porter.

Margaret was able to travel the country and the world. She loved watching sports both on television and in person. She spent many years going across the state to stay in the Great Smoky Mountains and watching the Tennessee Vols. She traveled from t-ball tournaments to college football games to support her grandchildren and great-grandchildren. She enjoyed festivals and concerts, and always delighted in finding good food. With her hair beautifully done and her nails neatly manicured, she would put a ring on almost every finger and earrings to match her outfit, usually heading out with the people she loved the most.

Her six grandchildren called her “Grandmother.” To them she represented strength. As they watched her navigate through her hardships and losses, they were reminded that one could do so with dignity, grace, and great love. As a great-grandmother, her title was shortened to “Gran” and she doted on her great-grandchildren completely convinced they did no wrong. Her eyes lit up when they entered a room. They never left an encounter with their Gran that they did not know how loved they were.

The last years of her life, as dementia and Alzheimer’s slowly robbed her of memories, she continued to beam at the mention of family and was comforted by scripture and songs of faith. One thing is certain, Margaret Lee Campbell Campbell Porter will never be forgotten as her love will live on through many.

In lieu of flowers, the family requests donations be made to Greenfield First Baptist Church or the Tennessee Baptist Children’s Homes.