Players, coaches and parents gathered at McKenzie High School’s cafeteria Monday evening, June 20 to celebrate an extraordinary season that lasted from mid-March through April and nearly through May before it came to an end in the Class A State Championship Game at Riverdale High School in Murfreesboro. 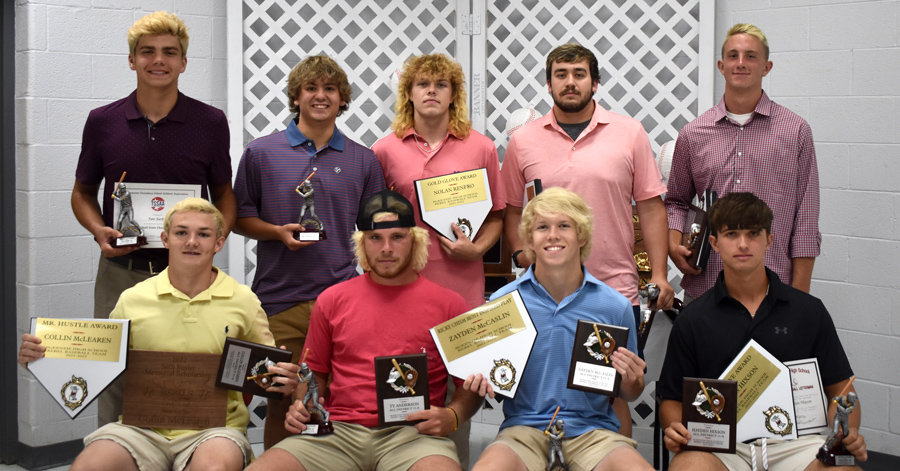 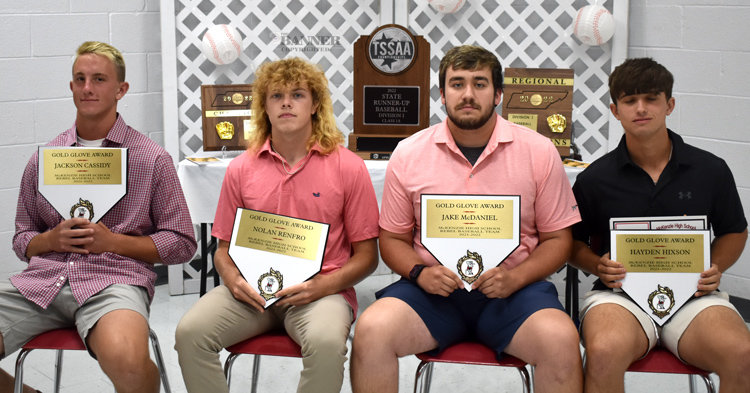 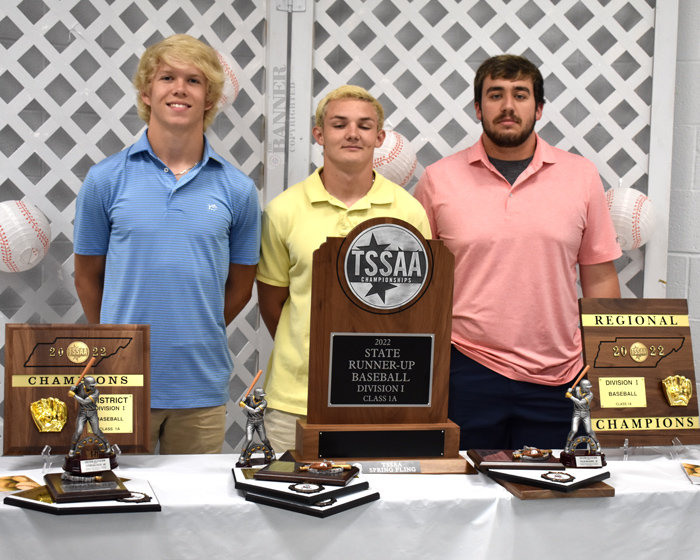 Rebel seniors Zayden McCaslin, Collin McLearen and Jake McDaniel with all the hardware collected by the baseball team this year.
Photo by Jim Potts/The Banner 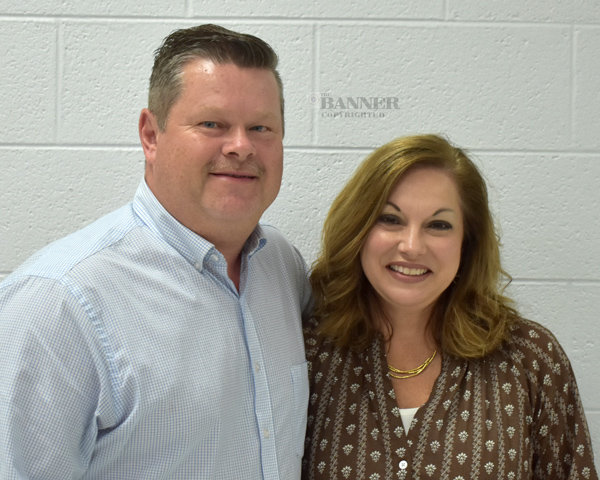 Players, coaches and parents gathered at McKenzie High School’s cafeteria Monday evening, June 20 to celebrate an extraordinary season that lasted from mid-March through April and nearly through May before it came to an end in the Class A State Championship Game at Riverdale High School in Murfreesboro.

After the meal, Coach Chris Wall welcomed everyone to “this little red town between Milan and Paris to celebrate a great 2022 season.” Yes there is a backstory to this thanks to the Trenton fan who uttered that quote prior to the Rebels defeating them twice in back-to-back games to reach the Championship game against Eagleville.

“We’re here to celebrate a season that had so many amazing plays, hits, wins, losses, and most of all team unity,” said Wall.

The Rebels went 27-8 for the season and the three seniors, Zayden McCaslin, Jake McDaniel, and Collin McLearen, have a combined record of 62-35-1 during their high school careers. This year’s 27-8 record is good for second place in school baseball history. They started with a 7-1 record in their first eight games and during the season defeated Huntingdon 14-1 and beat Trenton 3 out of 4 times including the two wins that put the Rebels in the State Championship. The Rebels won the regular season district championship, the district tournament championship, a sectional win for the first time since 2006, a state tournament bracket winner, and runner-up in Class A. They finished 2nd in the final Single A State Poll and had five All-West Tennessee players.

Coach Wall had many thank you’s for everyone who did things and supported the team behind the scenes and then handed out participation awards to all 19 players on the team.

All of the individual awards given were based on regular season performance and didn’t include the post-season run.

Coach Wall told the audience he put 10 of the Rebel players up for All-District Awards and six of them did make All-District. The All-District Winners were Collin McLearen, Jake McDaniel, Zayden McCaslin, Hayden Hixson, Ty Anderson, and the District 11-A MVP was Jackson Cassidy.

Several Individual Awards were given out starting with the Hustle Award which went to Collin McLearen. The P.L. Martin Award went to Jake McDaniel. The Ricky Chism Most Inspirational Award went to Zayden McCaslin. The team’s MVP Award was voted on by the team this year. Jackson Cassidy was voted MVP.

Rebel baseball Alumnus Steve Berryman gave the Ray Berryman Memorial Volunteer Award in honor of his late father, Ray Berryman, who was a fixture in local baseball for 40+ years. The award went to Meredith Surber for her hard work for the baseball program. The Seth Foster Memorial Scholarship Award was given by his parents and it went to Collin McLearen.

The senior players gave the coaching staff gifts from the team while the Home Run Club presented gifts to the coaches and picture books for the players.