McKenzie Chamber of Commerce, Industrial Board Relocate to the Rail Yard Workspace

McKenzie Chamber of Commerce, Industrial Board Relocate to the Rail Yard Workspace 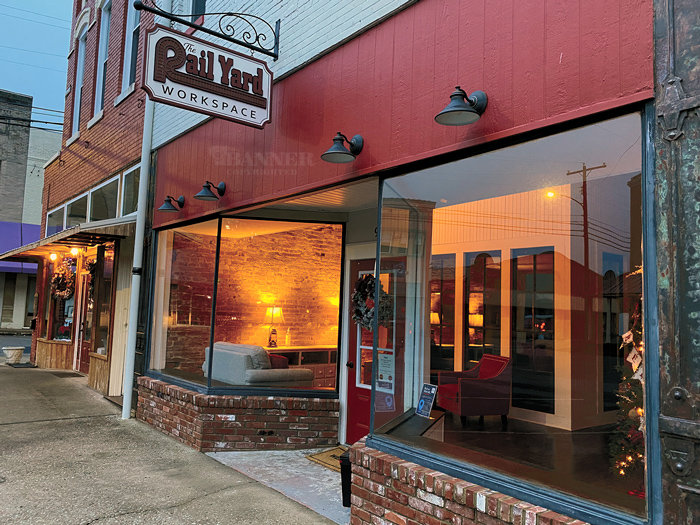 The McKenzie Chamber of Commerce and Industry now resides in the Rail Yard Workspace, a public co-working space recently renovated and open for reservations. 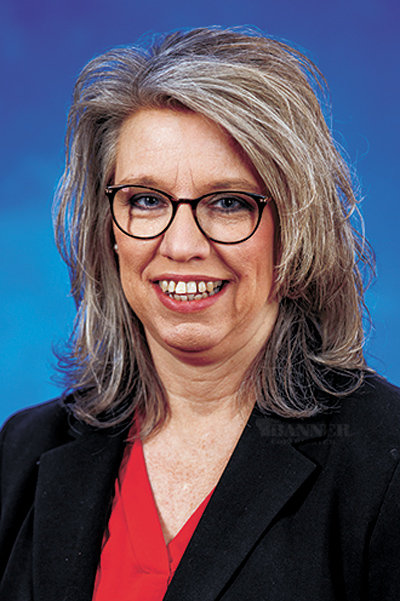 Monica Heath is the executive director of the McKenzie Chamber of Commerce and Industry.
Previous Next
Posted Tuesday, January 4, 2022 5:31 pm
By Lyndsey Summers
lsummers@mckenziebanner.com

The Rail Yard Workspace building at 9 Broadway Street was sold to the Industrial Board in January 2020 by Overflow Church. Construction began in July 2020, and the workspace opened February 2021. The fully-furnished co-working facility—which boasts seven private offices, a meeting room, a break area with free coffee and utilities, Wi-Fi, a color copier, printer, scanner, and fax machine—was developed to invest in McKenzie’s downtown. Heath recalled attending several economic conferences where she learned about the new concept of co-working buildings in larger cities, and she wanted to develop one in a rural community.

The workspace is COVID-friendly with partitions to provide privacy. Mrs. Heath has observed many achievements since the Rail Yard’s opening. Following the tornado destruction in Weakley County, several Dresden employees have taken advantage of the open office spaces. Out-of-town residents have rented offices to work while extending family holidays.

The chamber is planning an open house event in January to showcase the facility.

The Chamber of Commerce, Industrial Development Board, and the Rail Yard Workspace have a common mission statement: To promote business, enhance economic and community development of McKenzie, and serve as a catalyst for improving the overall quality of life of all citizens in McKenzie, Carroll County, and West Tennessee.

Growmckenzie.com is a website that launched along with the chamber in July 2021 and provides information regarding the Chamber of Commerce, Industrial Development Board, and the Rail Yard Workspace. The website will soon provide a community events calendar as well as a payment option for Rail Yard and chamber members’ fees.

Because it is funded by the Industrial Development Board, the McKenzie Chamber of Commerce has a different structure from other chambers of commerce. There are no overhead costs or salaries, and all chamber funds are redistributed to business and community development. Each chamber member receives business referrals, advertising through the chamber’s website and social media, yearly decals, their own listing on growmckenzie.com with links to their websites and social media, ribbon cuttings and open-house events.

The Chamber will host an annual June banquet and fundraiser to recognize and award McKenzie’s businesses.

The McKenzie Chamber of Commerce board has nine members. Josh Crawford is the Chamber’s chairman, Jan Latimer serves as the vice chairman, and Jay Phipps is the secretary/treasurer. Other board members include Ashley Little, Myra Carlock, Emily Young, Victor Vela, Jason Martin, and Barbara Robertson. Joel Washburn serves as the Industrial Development Board representative.

The chamber currently has ninety members, but Mrs. Heath’s goal for 2022 is to expand membership to 150. Membership to the chamber is as little as $60 per year and open to anyone who wishes to be involved–including business-owners, individuals, retirees, et cetera.

Other 2022 goals include promoting retail and tourism in McKenzie, hosting a McKenzie Golf Tournament, providing networking opportunities such as bimonthly coffee and after-hours meetings and “Lunch and Learns.” The McKenzie Chamber of Commerce Board chairman, Josh Crawford, is developing a video series to highlight chamber businesses. Mrs. Heath said there were lots of goals and plans in place as the board tries to “get everyone involved,” including the development of committees.

The Industrial Development Board has also seen their fair share of accomplishments in 2021. In a joint effort between Huntingdon and McKenzie, VP Racing Fuels recently occupied and began renovating the only empty industrial building left in McKenzie’s South Industrial Park. Stanley Black and Decker bought the adjacent MTD as a distribution center, and Profile Metal expanded and added a state-of-the-art stamping press. The Industrial Board gained access to Rochelle Road and Hill Road, and they are working with TDOT to widen the road for truck traffic. The Rail Yard Workspace, Haven Steel, and Cachengo are new successes to the community.

Republic-Allegion has expanded close to 200 employees, and VP Racing Fuels plans to add 150 jobs between its new McKenzie plant and the existing Huntingdon plant.

Despite having many accomplishments, the Industrial Development Board still has several plans in place for 2022. A Ford Motor Company plant is being built in Brownsville, which could provide new opportunities for McKenzie. The plant needs supplies and housing for contractors and employees. The McKenzie Industrial Board has open-land,a pad-ready site and acreage at the airport that could support the needs of an industrial plant to supply Ford.

The board’s main focus is to recruit more McKenzie businesses. There are already several plans in the works, some of which will be announced within the first quarter of 2022. What is most important to Monica Heath in the new year, however, is growth and “retaining what we already have.”