McKENZIE (December 20)—This year, an anonymous citizen created a wreath contest exclusive to McKenzie’s downtown businesses. The wreaths were to be related to each business and presented by McKenzie’s Open House in November. 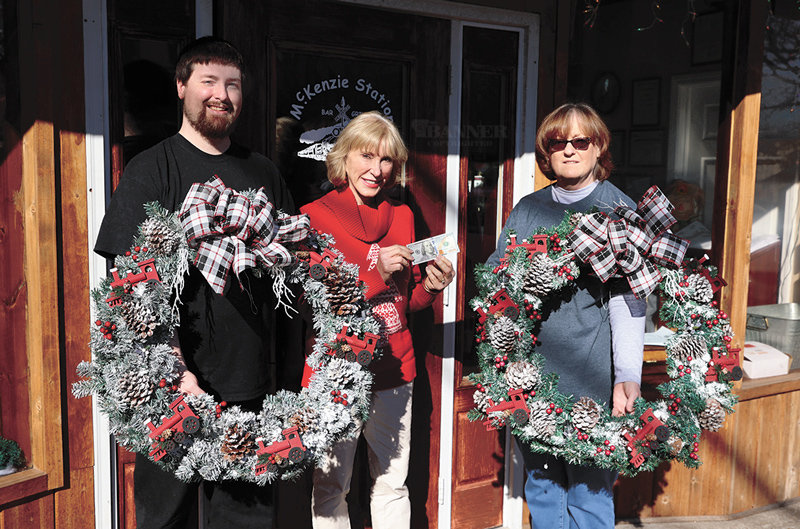 McKENZIE (December 20)—This year, an anonymous citizen created a wreath contest exclusive to McKenzie’s downtown businesses. The wreaths were to be related to each business and presented by McKenzie’s Open House in November.

McKenzie Station Bar and Grill was announced as the winner and recipient of the $100 cash prize Monday. Their two wreaths, hand-made by restaurant owner Denise Sam, are nearly identical, decorated with holly, pinecones, a buffalo plaid bow, and trains that matched the restaurant’s theme.

Mayor Jill Holland presented Denise and Brad Sam with their cash prize on their day off, prompting Brad Sam to call it their “shortest [work] day ever.”

Later in the day, McKenzie Station hosted and catered a Christmas gathering for City volunteers, who serve on various committees.