The 2022 portion of McKenzie’s basketball schedule tipped off Tuesday, January 4, against Gleason. Both girls teams are ranked in the top ten in the state heading into the contest. 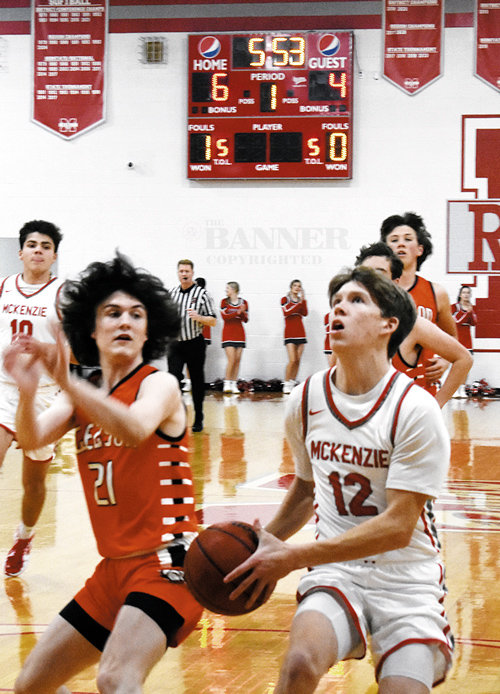 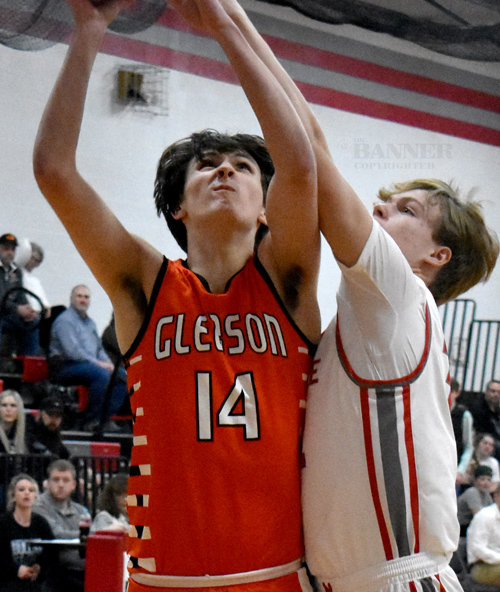 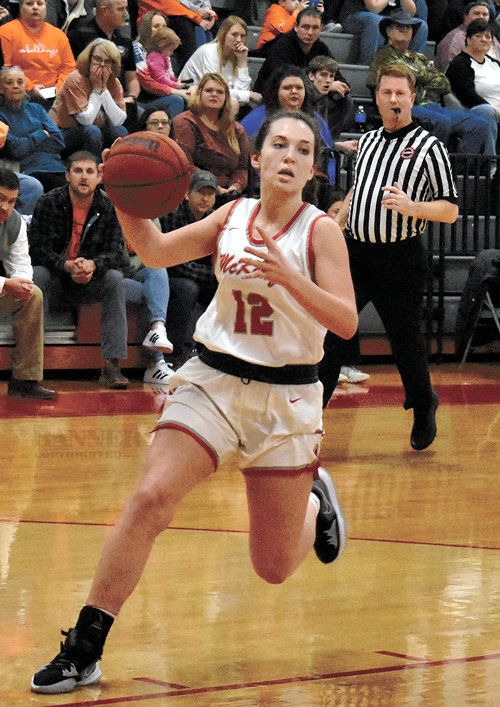 Briley Auvenshine gets ready to pass on the run.
Photo by Jim Potts/The Banner 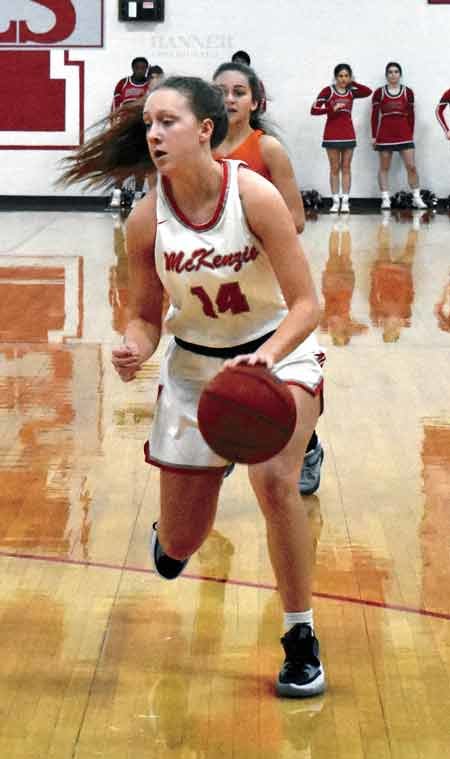 Savannah Davis drives into the paint against Gleason.
Photo by Jim Potts/The Banner
Previous Next
Posted Tuesday, January 11, 2022 8:00 am
By Jim Potts
jpotts@mckenziebanner.com

The 2022 portion of McKenzie’s basketball schedule tipped off Tuesday, January 4, against Gleason. Both girls teams are ranked in the top ten in the state heading into the contest.

McKenzie built a 35-20 lead halfway through the second period before Gleason outscored the Lady Rebels 10-2 over a two-minute period making it a 37-30 contest with just under two minutes left in the half. The Lady Rebels held on to a 39-34 lead at halftime.

Gleason continued their comeback in the third period tying the game 44-44 with three minutes remaining in the period. McKenzie pulled ahead 54-47 by the end of the third period.

The Lady Rebels built a double digit lead late in the period and went on to secure the win.

Rebels 73, Bulldogs 34
The boys’ game turned into a blowout early with McKenzie hitting a bunch of shots early while Gleason was cold from the field. The Rebels had a 23-10 lead by the end of the first period and built on it in the second period extending it to 34-14 in the first four minutes of the period. McKenzie outscored Gleason 11-2 the rest of the period to lead 45-16 at halftime.

Both teams went into their benches in the third period as the Rebels outscored Gleason 18-15 during the period for a 63-29 score by the end of the third period. The fourth period saw everyone from both benches get an opportunity to play in the contest with McKenzie outscoring the Bulldogs 10-5 to finish the win.

Marquez Taylor and Tate Surber led the way with 18 and 13 points respectively. Zay Webber and Stafford Roditis added eight points each while Hayden Garrett had seven points. Zayden McCaslin and Landon Brown had five points each. Etijay Tharpe had four points. Carter Kee had three and Bryson Steele chipped in two points for the Rebels.

Gleason was led by Kolton Crochet with 12 points. Drake Lehmkul and Garrett Pinkston had four points each. Cameron Thompson and Cade Sawyers had three points each while Kylan Borneman, Carter Cooper, Isaac Denton, and Dawson Luhellier chipped in two points each for the Bulldogs.