McKenzie’s Lady Rebels hosted their Senior Day on Tuesday, May 3 prior to their last home game against Dresden. 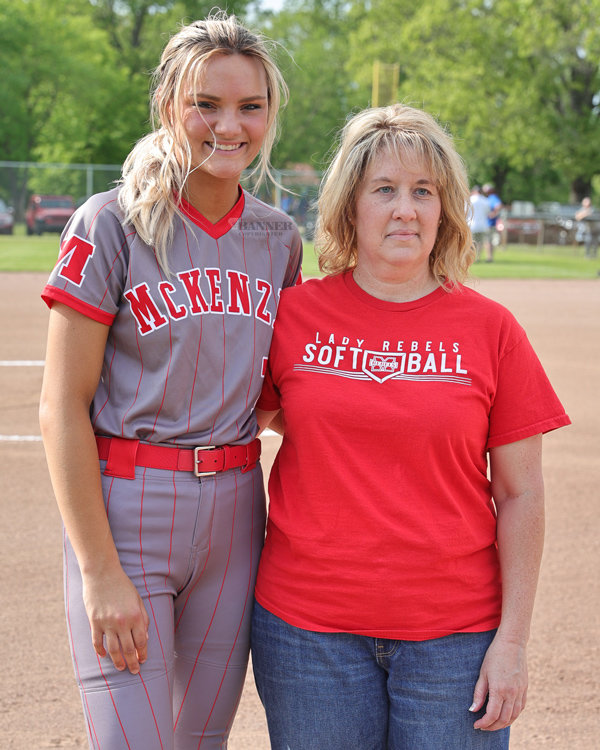 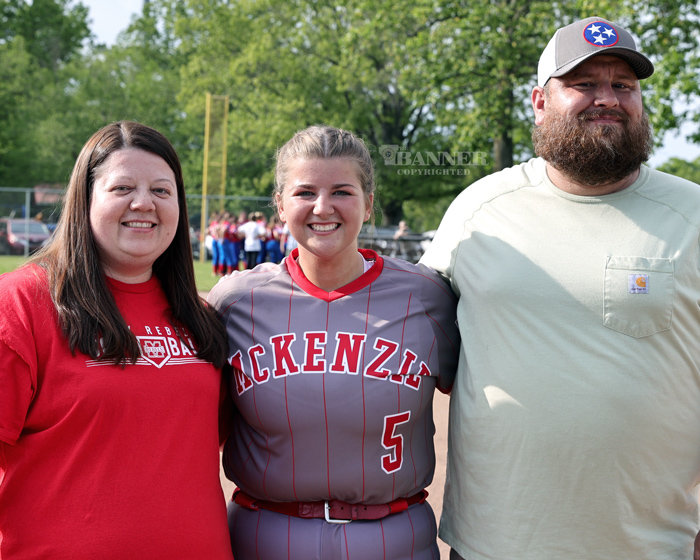 Senior Jaden Barton with her parents Chasidy and Nick Barton.
Photo by Joel Washburn/The Banner
Previous Next
Posted Tuesday, May 10, 2022 9:48 am
By Jim Potts
jpotts@mckenziebanner.com

McKenzie’s Lady Rebels hosted their Senior Day on Tuesday, May 3 prior to their last home game against Dresden.

Two four-year seniors were celebrated prior to the game. (5) Jaden Barton, daughter of Nick and Chasidy Barton, and (7) Anna Robinson, daughter of Jennifer Burlison and the late David Robinson II.

Barton has been very active during her time at McKenzie High. Aside from softball, she has been FCA President, Member of HOSA, Beta Club Parliamentarian, DECA, FTA, Carroll County Sports Hall of Fame, McKenzie SSD School Board Rep, Wendy’s Heisman Winner, Top 10, and Distinguished Scholar.

She plans to attend Texas Tech University majoring in Pre-Med with a minor in Spanish in hopes of becoming an orthopedic surgeon one day.

Robinson has also been a 4-year member of Lady Rebel Basketball, 4-year member of Beta Club, FCA, and FTA. Her future plans include attending Bethel University majoring in High School Education with a minor in Coaching.