The Huntingdon football Mustangs and cheerleaders celebrated the ’21 season with a banquet held at the Carroll County Civic Center on Monday, December 13 sponsored by the Huntingdon AB Club. 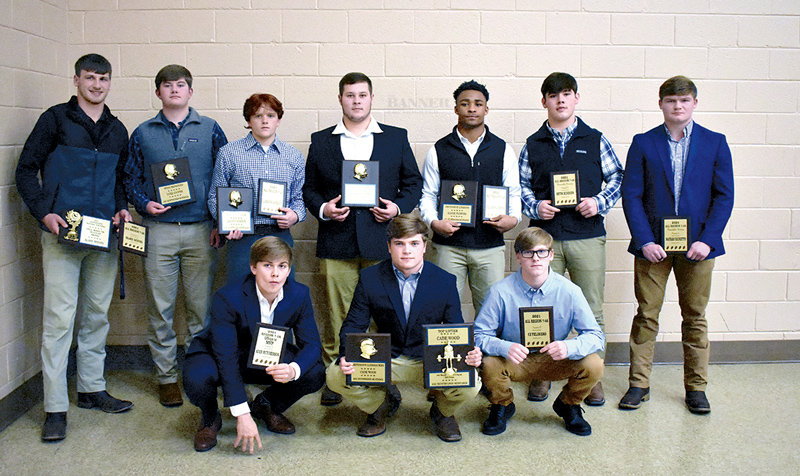 The Huntingdon football Mustangs and cheerleaders celebrated the ’21 season with a banquet held at the Carroll County Civic Center on Monday, December 13 sponsored by the Huntingdon AB Club.

The Cheerleaders were introduced individually with the Senior Cheerleaders being Abby Lewis, Madison Noonan, Neveah Carruthers and Kaylan Belew.

The team captain for the year voted on by the players was Darius Gordon and the co-captains were Aden Hutcherson and Cade Wood.

At the end of the banquet, Coach Eric Swenson had some closing comments. “We had another successful year. We don’t always measure success by winning state championships. This was one of the best years we’ve ever had in terms of quality and character of the kids. “