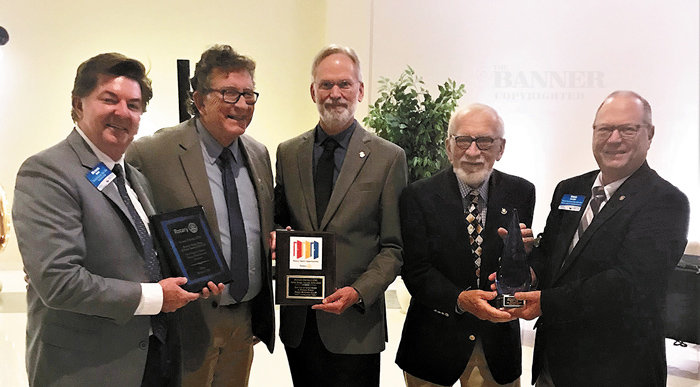 The special guests were introduced by Assistant District Governor Tory Daughrity, a past president of the Paris club.

Special awards were presented to two Paris Rotarians. Immediate Past President Tim Boyd was presented the Best Use of Social Media to Promote Rotary Award and Dr. Eugene Gulish was honored as the Humanitarian of the Year Award for his medical services in Africa, providing orthopedic services. Both were district awards presented by Dr. Babb on behalf of immediate past district governor April Lieberman.

Babb spoke about Rotary’s influence and service to humanity. He told of the ripple effects of a stone tossed in water and how Rotary’s services touching the lives of people today and tomorrow.