McKENZIE/ATWOOD (March 22-23) — McKenzie High School claimed a pair of wins from West Carroll in a home-away series Monday and Tuesday. 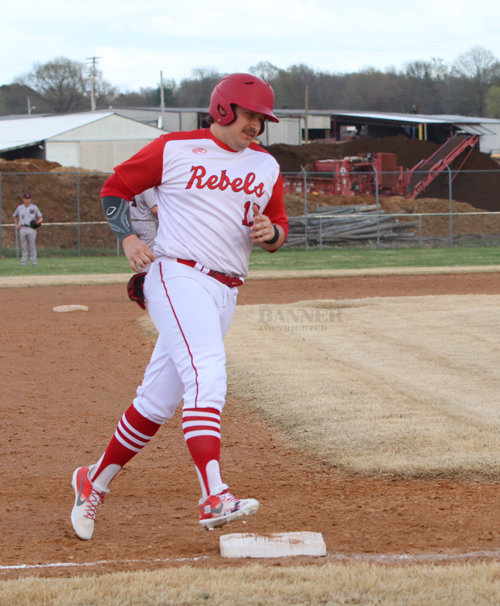 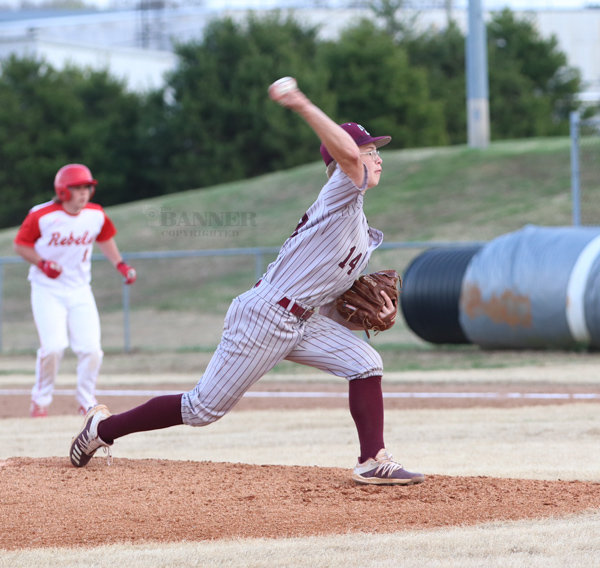 McKENZIE/ATWOOD (March 22-23) — McKenzie High School claimed a pair of wins from West Carroll in a home-away series Monday and Tuesday.
Monday, at McKenzie, the Rebels took a big early lead for an 11-1 win in five innings. They plated three runs in the bottom of the first frame, five in the second and three more in the third. The War Eagles scored their lone run in the top of the fourth.
Jake McDaniel led the McKenzie offense, going 1-for-2 with a home run, two RBIs and a run scored. Hayden Hixon went 2-for-2 with four RBIs. Jackson Cassidy was 2-for-3 with a run scored. Brandon Boaz went 2-for-3 with two runs scored. Ty Anderson was 1-for-3 with a double and two runs scored. Ethan Travis was 1-for-1 with a double and a walk. Eli Surber went 1-for-3 with a run scored.
War Eagle Parker McAfee went 1-for-1 with a double, a walk and a run scored.
Jackson Cassidy claimed the complete-game one-hitter for the Rebels, allowing one earned run while striking out eight and walking one.


Parker McAfee took the loss for West Carroll, allowing eight runs (five earned) on seven hits and two walks in two innings. Dylan Cox threw the final two frames, allowing three earned runs on four hits and a walk.
Tuesday, at West Carroll, the Rebels took another early lead for a 12-1 victory. They scored three runs in the top of the first, and the War Eagles answered with a run in the home half. McKenzie added to the lead with a run in the third, three in the fifth, three in the sixth and a pair in the seventh.
Rebel Jake McDaniel went 5-for-5 with a double, an RBI and a run scored. Hayden Hixon was 3-for-5 with a double, three RBIs and three runs scored. Ethan Travis went 2-for-5 with a double and four RBIs. Ty Anderson was 1-for-3 with a triple, two walks, three RBIs and a run scored. Brandon Boaz went 2-for-4 with a run scored. Zayden McCaslin was 1-for-3 with a double, a walk and two runs scored. Jackson Cassidy went 1-for-4.
War Eagle Brock Polinski was 2-for-2 with a walk and an RBI. Jose Martinez went 1-for-2. Dallas Montgomery was 1-for-3 with a run scored.
Jake McDaniel earned the win for McKenzie, allowing one earned run on three hits while striking out eight and walking three in five and a third innings. Ty Anderson threw the final inning and two-thirds, allowing no runs on one hit while striking out four.
Dylan Cox took the complete-game loss for West Carroll, allowing 12 runs (nine earned) on 15 hits while striking out one and walking four.