Entrepreneurs Who Gave Back

There are certain people in your life, who perform small acts of kindness, that leave a lasting positive impression. Those kind acts are of immeasurable importance as they help in shaping you into …

Entrepreneurs Who Gave Back 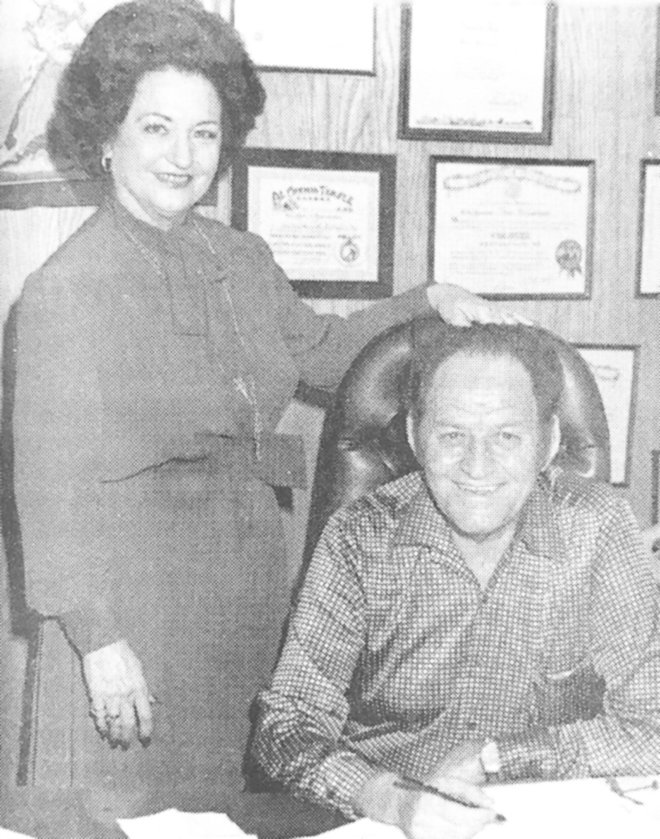 Ben and Ludie Gaines in his former office at Gaines Manufacturing. 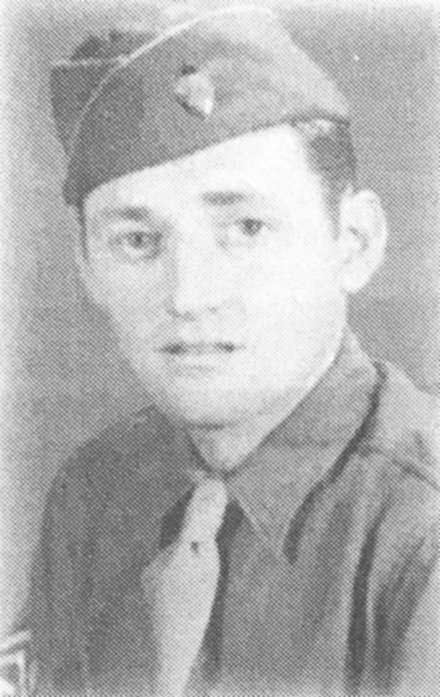 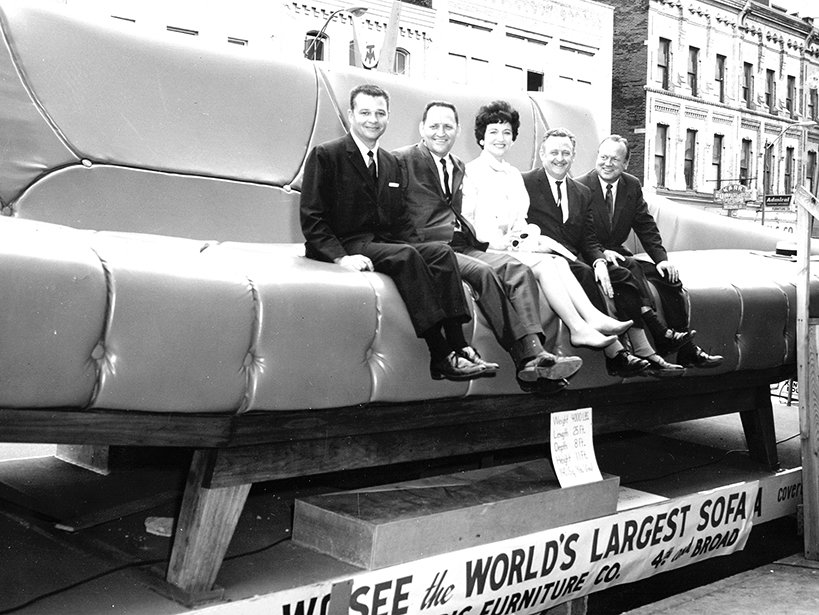 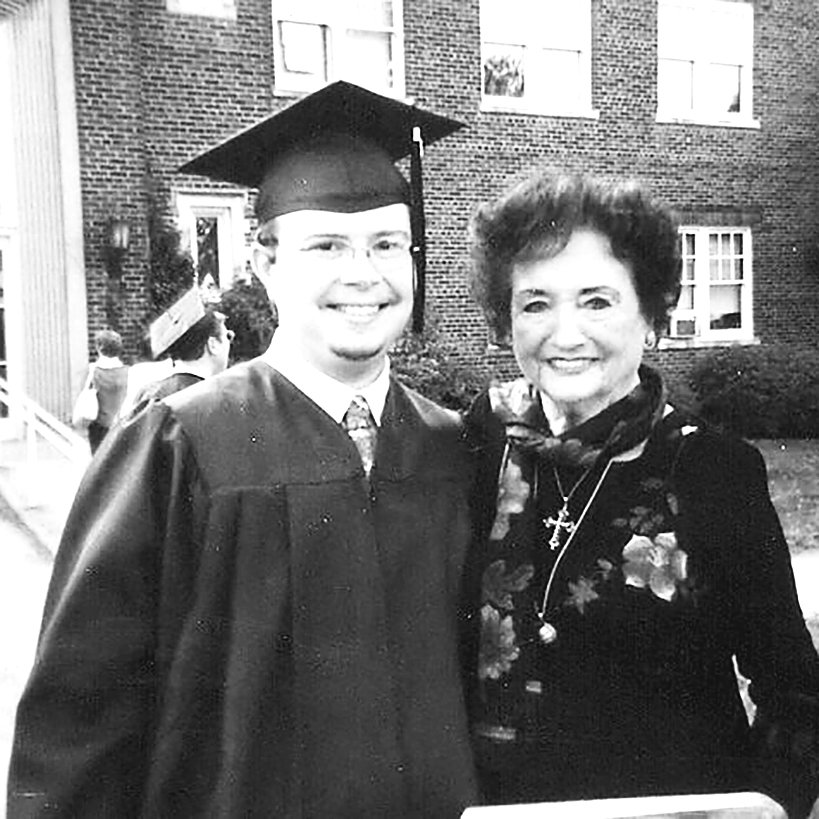 There are certain people in your life, who perform small acts of kindness, that leave a lasting positive impression. Those kind acts are of immeasurable importance as they help in shaping you into the person you become later in your life. Ludie Gaines was one such person with that importance in my life and countless other lives as well.
Shortly after moving to McKenzie, my mother went to work as a receptionist at Gaines Manufacturing beginning our family acquaintance. When Mom took employment with another company a few years later, the Gaines family still treated her with the utmost respect. Fast forward 10 years or so, Ms. Ludie took an interest in me as I made plans to attend Bethel College.
Mr. Ben and Ms. Ludie sent word through the grapevine to my mother that they would help if I needed a little extra money for tuition. A few months prior, I was awarded the Gaines Scholarship along with a scholarship to play golf and some money for my ACT score, so for the most part I was able to attend classes for a very trivial amount. After two years, I decided I’d had my fill of playing collegiate golf and was considering transferring to a less expensive school.
Somehow Ms. Ludie caught wind of the situation and offered to personally pick up the remaining balance of my tuition for the next two years. I didn’t have to take her up on the offer as Bethel helped me in applying for a federal grant and was awarded an additional academic scholarship. But that act of generosity and kindness has stuck with me ever since.
This week I pay tribute to the late Ben and Ludie Gaines. Their love for each other and McKenzie played an everlasting role in our history.
The story of Benjamin Marlin and Ludie Montgomery begins in the sleepy little town of Etta, Mississippi along the Little Tallahatchie River. Born in 1922, the future patriarch and matriarch of the family fell in love with each other at the age of 13. Just before going off to fight the Germans in 1942, Ben wed Ludie.
Ben was assigned to the 30th Infantry Regiment, 3rd Infantry Division specializing as an anti-tank unit. The regiment fought in nine major battles in the European Theatre of World War II. Ben saw action in North Africa and took part in George Patton’s invasion of Italy. By the time Germany surrendered on May 7, 1945, the 30th Infantry Division had pushed into mainland Europe fights in Southern France, Germany and Austria.
Ben was one of only 62 surviving original soldiers of the regiment; the dead and wounded were replaced by 185 soldiers throughout the war.
After graduating high school, Ludie worked as a riveter at Fisher Aircraft in Memphis. With the war over, Ben returned home and the young couple settled in Memphis.
No stranger to hard work, Ben took a job as an upholsterer for Slumber Products, and in the evening hours, he upholstered furniture in his garage. The resourcefulness to earn extra income led to a relationship with Kemmons Wilson and the Gaines Manufacturing Company.


In 1957, Wilson was in the early stages of building a chain of hotels known as the Holiday Inn. Wilson and Ben entered into an agreement where the Gaines furniture line would be used and showcased in Holiday Inns across the country.
By 1958, Gaines Manufacturing Company was needing to expand its operations and moved to McKenzie. The company would grow immensely with over 700 employees at the time of Ben’s retirement. In 1994, River Oaks, Mississippi based company, purchased Gaines Manufacturing Company.
Furniture manufacturing was not the only entrepreneur investment made by the Gaines family. Other projects included the development of a motel, bowling alley, golf course, trucking company, Wal-Mart shopping centers and restaurants.
The financial wise investments allowed Ben and Ludie to have various philanthropic endeavors. The couple was avid supporters of Bethel College, where Ben was instrumental in the campaign to bring Bob Hope to the campus. In later years, Bethel’s pool was named in their honor for the generous contributions. In May 1997, they were honored with honorary Doctor of Humane Letter degrees.
The sixty-year marriage produced three children, Patricia; Jodie; and Ben, Jr. In all there were seven grandchildren. Ben died on January 7, 2003, and Ludie on March 22, 2006. Both were entombed at Carroll Memorial Gardens.
“She and Dad had a true love story,” said daughter Jodie, “They fell in love at the age of 13 and later married.”
“I don’t think she was truly happy again until she went to be with him,” she added about the three years between her father’s and mother’s death.
One this was sure, Ludie loved her family and she loved McKenzie. Friend Sybil King remarked, “Ludie was a vibrant, active person to the end of her days. She often stated her middle name was ‘go.’ She loved her family, her church, and her friends completely, without fault ever. I never have heard her say a cruel word about anybody, any time in her life.”
Many family friends remembered Ludie as a strong believer in faith. Her faith in Christ and prayer brought her and the family through many trying times, including the 1978 kidnapping of Jodie and the family house fire that occurred destroying most of the family’s belongings.
The kindness the Gaines Family showed McKenzie will never be forgotten.