Over Carroll County’s 200 years of existence, we have been fortunate enough to have a few locals make it to the national stage, most have been athletes. Yet, the most noted and probably admired has to be the late Dixie Carter. She was a southern lady to her core and never forgot the roots of her raising no matter how big of a name she made on Broadway or in Hollywood. While I never had the privilege to meet Dixie in person, I did meet her husband Hal Holbrook on more than one occasion. To know one, was to know the other. 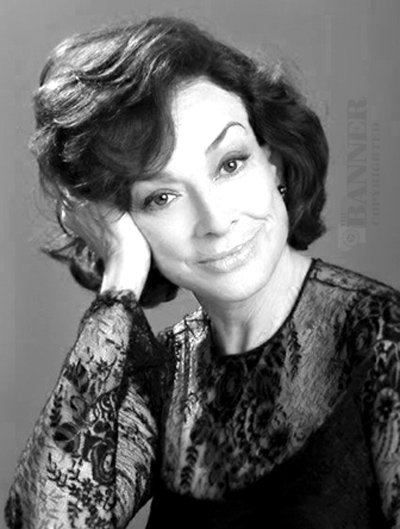 Dixie Carter was born in McLemorseville and never forgot her roots. 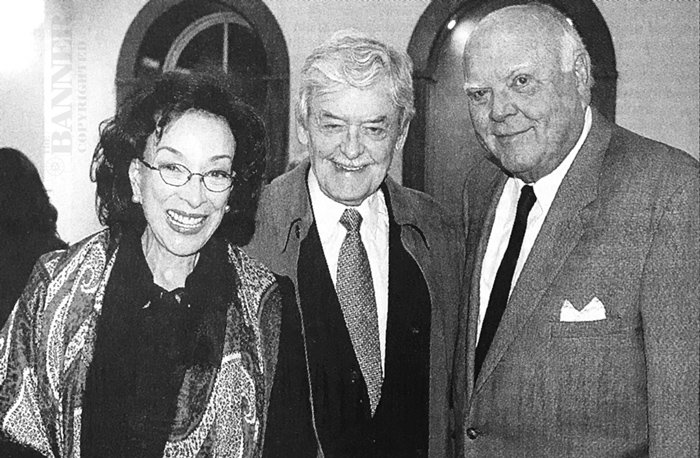 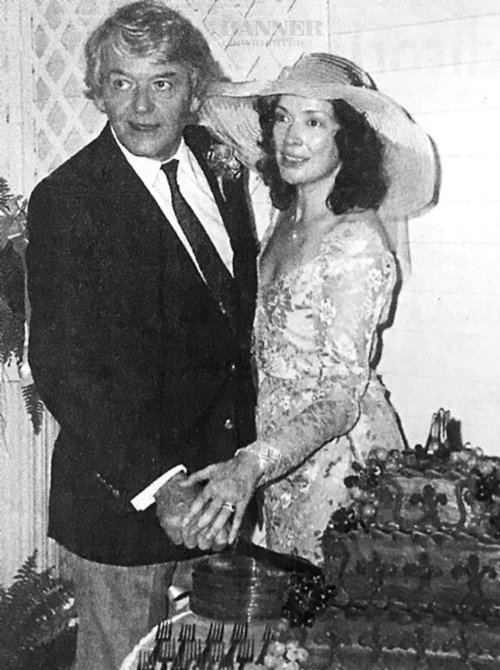 Hal and Dixie Holbrook on their wedding day in McLemoresville.
Previous Next
Posted Tuesday, December 14, 2021 9:22 am
By Jason Martin
jmartin@mckenziebanner.com

Over Carroll County’s 200 years of existence, we have been fortunate enough to have a few locals make it to the national stage, most have been athletes. Yet, the most noted and probably admired has to be the late Dixie Carter. She was a southern lady to her core and never forgot the roots of her raising no matter how big of a name she made on Broadway or in Hollywood. While I never had the privilege to meet Dixie in person, I did meet her husband Hal Holbrook on more than one occasion. To know one, was to know the other.

After Dixie’s death, I had the opportunity to listen to Holbrook speak to students in Carroll County about the importance of living in the present and showing gratitude to those in their lives. As he went on, Holbrook told of his love and appreciation for Dixie, and how they loved their home in Carroll County. His eyes would fill with tears at the mere mention of her name as he missed the love of his life, his Dixie.

This edition of the Weekly 150 is dedicated to the memory of Dixie Carter and Hal Holbrook.

Hal and his father expanded their business to several stores around West Tennessee. With the conclusion of World War II and returning stateside, he reconfigured his Huntingdon store and created a self-service department store, with the newly renovated Ben Franklin Variety Store in the basement. In 1950, Carter moved the family to Huntingdon.

Dixie graduated valedictorian from Huntingdon High School in 1957 and enrolled at Memphis State. She went on to graduate from Memphis and in 1959 competed in the Miss Tennessee pageant, where she placed first runner up. It was in Memphis where she began her acting career taking the stage in a production of Carousel. It wasn’t long before Dixie moved to New York City to further her career in singing and acting. In 1963, she earned a role in a production of Shakespeare’s The Winter’s Tale.

In 1967, Dixie married Arthur Carter and they had two daughters, Ginna and Mary Dixie. She began an eight-year hiatus from acting, to focus on raising two daughters.

In 1974, she returned to acting taking various roles in soap operas that included One Life to Live, The Edge of Night and The Doctors. She was awarded the Theater World Award in 1976 for Jesse and The Bandit Queen. The following year, Carter decided to make some changes to her life and career. She divorced Arthur and moved to Los Angeles to pursue prime-time television roles.

Dixie quickly found work as she appeared as a regular in series such as Out of the Blue, On Our Own, Diff’rent Strokes, The Greatest American Hero and as Carlotta Beck (a stuck-up and conniving socialite) on Filthy Rich. It was during this time, she was married to George Hearn (m. 1977–1979).

She was married a third time on May 27, 1984, Hal Holbrook. She and Holbrook met on the set of the TV movie The Killing of Randy Webster in 1980. Holbrook talked Dixie into riding on the back of his motorcycle. According to her, it was the first and last time.

Over the years, Dixie maintained her love for the stage starring in several Broadway musicals and plays while still appearing on television. From 1999-2002, she portrayed Randi King in the legal drama Family Law. In 2004, she made a guest appearance on Law & Order: Special Victims Unit, playing a defense attorney named Denise Brockmorton in the episode called “Home”, in which she defended the paranoid mother of two children (Diane Venora) who had manipulated her older son to kill the younger son after breaking her home rules.

In 2006, Carter found a resurgence in her career portraying Gloria Hodge, a disturbed and scheming mother-in-law on Desperate Housewives. Her final film was That Evening Sun, which she filmed with her husband in East Tennessee in summer 2008. Holbrook modeled his role after Dixie’s father.

Dixie and Hal made their home in Beverly Hills and spent time at her birth home in McLemoresville. The couple shared their homes with Dixie’s dad until his death in 2007. They considered the McLemoresville home as their refuge.

They made it a point to visit McLemoresville on July 4, the Cotton Festival in October and at Christmas. Hal was remembered as loving the little children and the people of the community. It wasn’t uncommon during the July 4 downtown cakewalk to see Hal in line and trying to win a cake. Many Carroll Countians have various stories of seeing and talking to Holbrook at Younger’s Grocery (Hometown Grocery) and shopping at Walmart.

They had staff members (Bill Hargrove, Janice Vinson, Joyce Cole and Allison Coleman) who cared for them when in town and for the home when they were away.

As a tribute to Dixie, in December 1999, Huntingdon Mayor Dale Kelley (high school classmate of Dixie) unveiled plans for The Dixie Carter Performing Arts and Academic Enrichment Center, which was to be located on the Court Square in Huntingdon. In 2005, the dream was realized as the center was opened with the theatre named in Holbrook’s honor. Holbrook was an active part in overseeing the development of the theatre, providing his insight on the design of the stage, lights, and sound system. The building also houses The Dixie Carter and Hal Holbrook Museum.

On April 10, 2010, Dixie died of complications from endometrial cancer and was laid to rest at McLemoresville Cemetery alongside her mother and father. On January 23, 2021, Hal died and interred next to his Dixie.

Dixie and Hal will always be remembered for their love of children as they helped support “The Dixie” by providing guest appearances and performances.