The Railroad Giveth, The Highway Taketh

For those inquisitive minds who have wondered why I wasn’t visible around McKenzie last week, well I finally got to take a vacation. On our drive to the gulf coast, my mind wasn’t necessarily focused on the beach, restaurants, or what shenanigans the kids were going to pull. With each mile and small town, I thought about the poverty in the Mississippi Delta, stories of sharecroppers, and how once-thriving townships were nothing more than tiny specks on a map.

The Railroad Giveth, The Highway Taketh 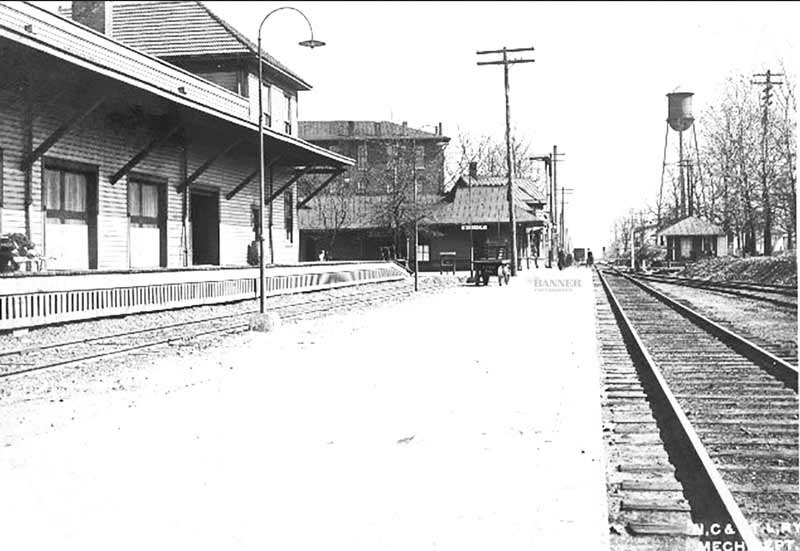 Rail line in McKenzie with the McKenzie Hotel (left) and the depot in the background. 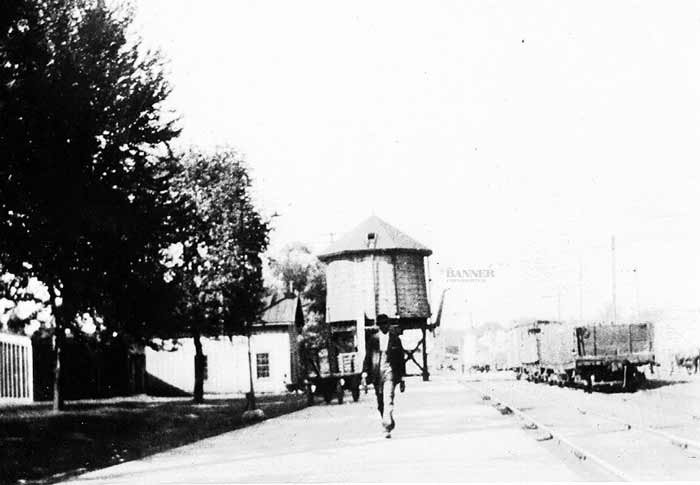 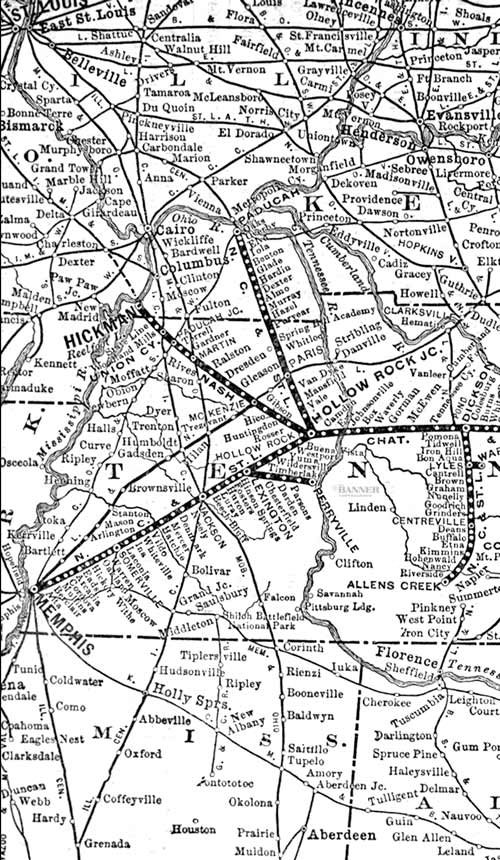 Nashville, Chattanooga & St. Louis (NC&StL system map, 1903.
Previous Next
Posted Tuesday, October 18, 2022 12:22 pm
By Jason Martin
jmartin@mckenziebanner.com
For those inquisitive minds who have wondered why I wasn’t visible around McKenzie last week, well I finally got to take a vacation. On our drive to the gulf coast, my mind wasn’t necessarily focused on the beach, restaurants, or what shenanigans the kids were going to pull. With each mile and small town, I thought about the poverty in the Mississippi Delta, stories of sharecroppers, and how once-thriving townships were nothing more than tiny specks on a map.
As we moved further along Hwy 45 towards Meridian, Mississippi, I kept hearing Dill Harris from ‘To Kill a Mockingbird’ introducing himself, “Folks call me Dill. I’m from Meridian, Mississippi, and I’m spending two weeks next door with my Aunt Stephanie.” Dill went on to claim his father was the president of the L&N Railroad. If it wasn’t for those lines of dialogue, I’m pretty sure I wouldn’t think twice about the town as we drove through…if you haven’t read or at least watched ‘To Kill a Mockingbird’ I’m pretty sure we can’t be friends.
While I wasn’t driving, I went down the rabbit hole and began looking at the maps on my phone. If you look at Meridian it is a hub city for state highways and usually, when you have a couple major highways passing through your town that means once upon a time you were something of a railroad hub. You should know me well enough by now that one rabbit hole leads to another. It wasn’t long before I began playing on Google and learned Jimmie Rodgers (the father of country music) was born and raised in Meridian. Rodgers, known as “The Singing Brakeman,” worked as a brakeman for the New Orleans & Northeastern railroad for ten years, traveling along the south and west coasts.
That tidbit of information did help prove my hypothesis. Cities like Meridian lasted after Reconstruction and modernization in part because the rail line provided life’s breath. It took me 300-plus words to get to the point, but Meridian like McKenzie was able to survive because it capitalized on the railroad.
While Meridian had the New Orleans & Northeastern, McKenzie was a stop on the Nashville, Chattanooga and St. Louis Railway ( NC&StL). Life’s breath created McKenzie Station in 1867 when the Nashville and Northwestern Railroad intersected with the Memphis and Ohio Railroad lines. Before the railroad’s arrival, McKenzie was divided into two territories, Marrieta and Dundas. The McKenzie family owned the land selected for the line merger and thus it became McKenzie Station with George McKenzie serving as the first station master.
As the rail lines grew in McKenzie, surrounding communities like Caledonia and McLemoresville began losing residents. By 1870, the population of McKenzie had grown to over 500 residents. In the 1880s the size of the town doubled and business thrived. On October 15, 1887, the President of the United States, Grover Cleveland, visited the “bustling town” and stayed overnight at the McKenzie Hotel.
In 1872, Bethel President W.W. Hendrix led the initiative to move Bethel from McLemoresville to McKenzie because of the railway intersection. In 1842, Bethel University was founded in McLemoresville as Bethel Seminary operating under the synod of the Cumberland Presbyterian Church.
In the 1880s the NC&StL continued to expand with a connection to Memphis. By 1890, the tracks reached Atlanta with stops including the city of McKenzie. In 1902, the Louisville & Nashville (L&N) was acquired by the Atlantic Coast Line Railroad. In 1982, the L&N merged with the Seaboard System Railroad. After several other mergers, in 1986 the Seaboard System was renamed CSX Transportation, which continues to use the original NC&StL route between Nashville, Chattanooga, and Atlanta.
Despite changes in ownership, trains continued to stop or at least pass through McKenzie. In 1926, a new depot was built in Italian Revival style architecture. As the highway system slowly expanded along with the growth of the automobile industry, rail lines began losing their stranglehold on transportation. Rural communities like McKenzie were still reliant on the railroad.
U.S. Highway 70 or the ‘Broadway of America’ passes through Tennessee going from Memphis to Nashville then Knoxville into North Carolina. Constructed about the same time as McKenzie’s depot, the highway began to lure farmers toward truck transportation and lessen the dependence on McKenzie’s rail line. The Memphis-to-Bristol (Hwy 70) bypassed McKenzie passing south through Huntingdon.
Even though McKenzie was snubbed by the modern highway, the city was fortunate enough to hold an industry (ball clay) reliant on trains. Just north of the depot was an office for the clay company out of Gleason that used McKenzie as its base to ship ball clay. Over the next few decades, the relationship between McKenzie, Gleason and the rail-yard grew.
Small cities like McKenzie worked hard with the rail lines attempting to attract travelers to use passenger cars doting on their ease and comfort versus rudimentary highways. By 1970, McKenzie bid farewell to the passenger train but was lucky enough to be part of other state highway systems that included Hwy 22 connecting the Mississippi state line in McNairy County to the Kentucky state line in Lake County and Hwy 79 passing from Texas to Kentucky.
I don’t know how many people pass through McKenzie regularly en route to a vacation destination. Maybe there is someone in Indiana looking at a map going, “McKenzie intersects with highway 22 and 79; wonder if they were a rail hub.” Anyway, thank you for traveling down these rabbit holes with me.