It Just Fell From the Clouds

In recent weeks, Mother Nature has waged war in the Southeast with a barrage of heavy rains and tornadoes. With each passing tornado watch and warning, we dodged a serious bullet. In 1997, that was not the case.

It Just Fell From the Clouds 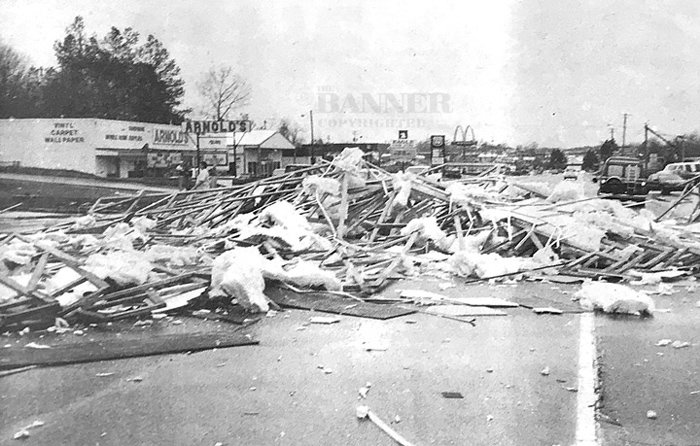 The splintered remains of Tommy’s Carpet stretches across Highway 79 in McKenzie shortly after it was struck by a tornado. 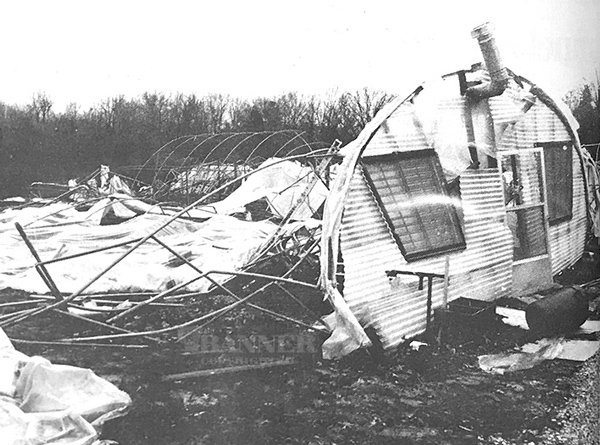 Greenhouses of Trent Johnson were completely destroyed by the tornado. 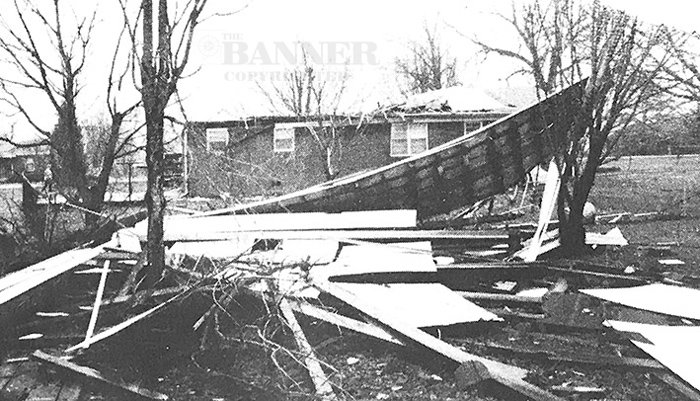 Three-quarters of a roof of a home on Windol Street in Richardson Subdivision was ripped off by the Saturday tornado.

Tommy’s Carpet on Highway 79 North was demolished. The Harringtons had occupied the building since September, 1995. 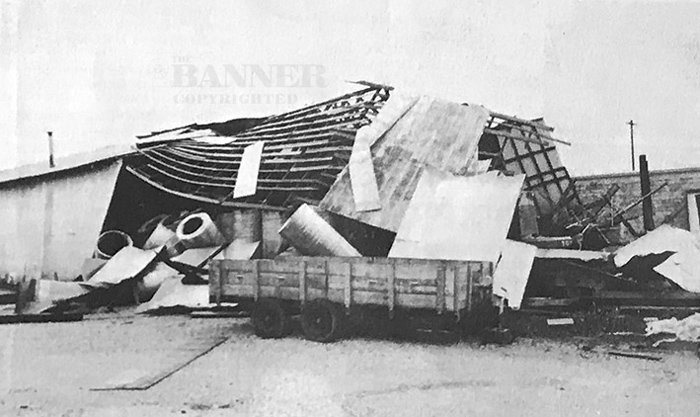 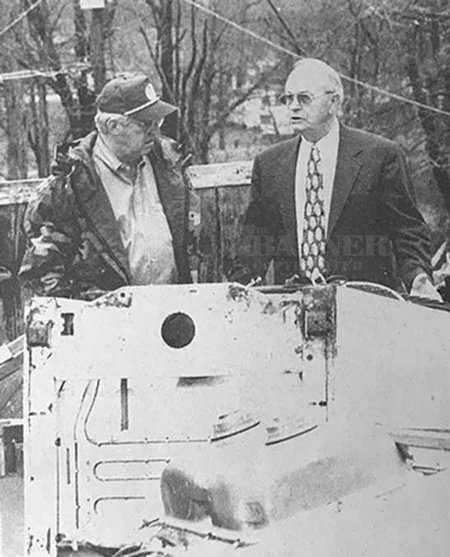 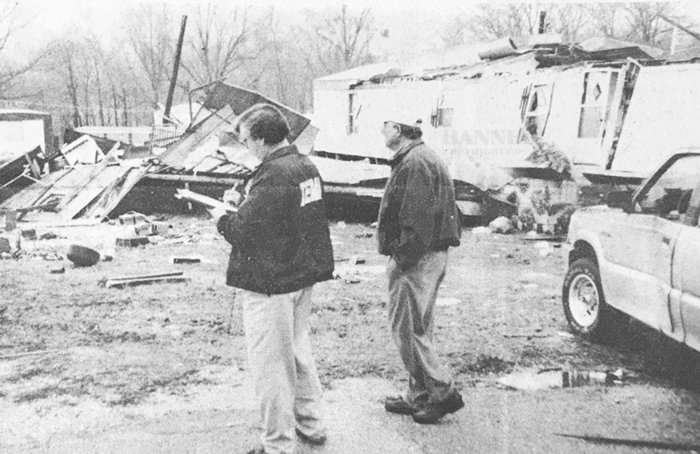 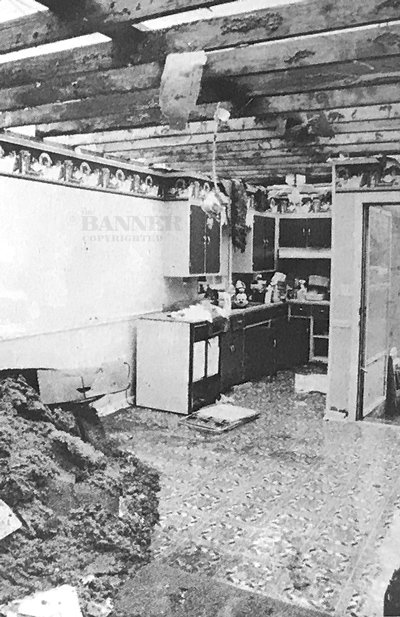 An inside view of the kitchen in the Stewart home. 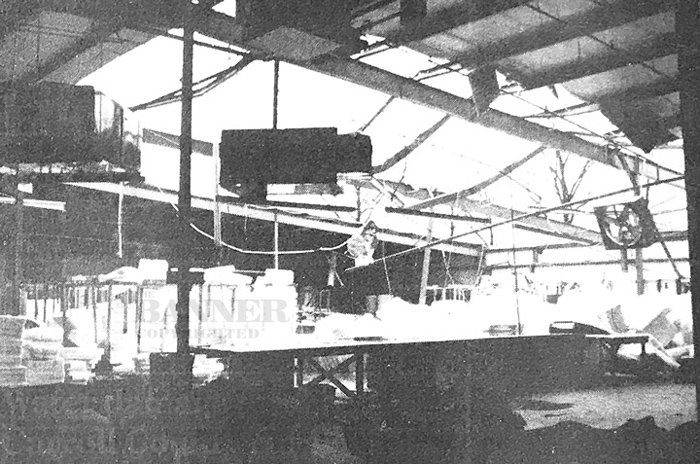 The tornado created a natural skylight in the Poly Prep area of Gaines Manufacturing Company on Highland Drive. 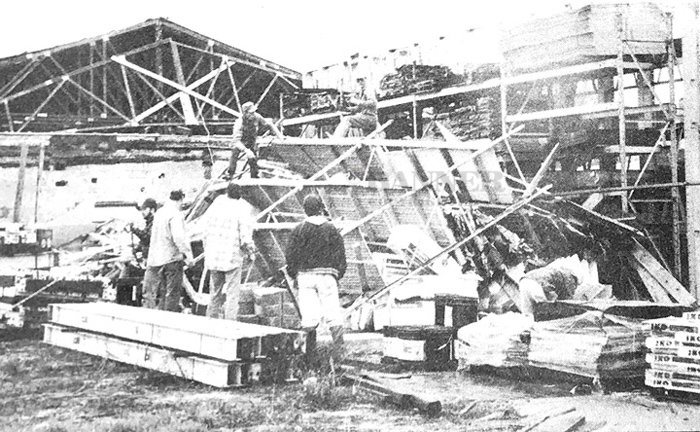 Owners of Carroll County Lumber Company and volunteers begin the clean up process.
Previous Next
Posted Tuesday, March 30, 2021 12:00 am

In recent weeks, Mother Nature has waged war in the Southeast with a barrage of heavy rains and tornadoes. With each passing tornado watch and warning, we dodged a serious bullet. In 1997, that was not the case.
On Saturday, March 1, 1997, around 5:15 p.m. a funnel cloud was spotted going over Richardson Subdivision. The tornado left a trail of damage estimated at over $2 million. 42 homes were damaged with 13 mobile homes destroyed. 10 businesses were hit; Tommy’s Carpet was destroyed and scattered along Highway 79.
The Carroll County Electric Department manager at the time, Lynn Compton, said about 90 percent of the damage to electric poles and lines was confined to an area along Highland Drive from Gaines Manufacturing to Forrest Avenue.


Patrons at the former Catfish Restaurant had front row seats as the tornado crossed Highland Drive. From their vantage point, the funnel struck Carroll County Lumber and moved down the road to Tommy’s Carpet. In its trail, the remnants of the businesses were scattered along the highway as the tornado moved to Forrest Avenue Trailer Court.
Witnesses at the start of the tornado were all in agreement in the essence of how the tornado just fell out of a cloud and bounced along its path. It seems as if it all started near Oak Manor Road where it destroyed 11 greenhouses owned by Trent Johnson. From there, it moved through the Richardson Subdivision bouncing along Winston Avenue, Blackburn Avenue, Richardson Avenue and Windol Street. From the Richardson Subdivision, the tornado moved towards Kencindot Street damaging Gaines Manufacturing Company before aligning itself with a path along Highway 79/Highland Drive.
That same weekend, Arkansas was hit by 20 tornadoes, cutting a path 250 miles long and leaving 24 dead.