McKENZIE — Bethel University presented the 2022 Homecoming Royalty Court and announced the king and queen during Saturday’s football game on October 22. 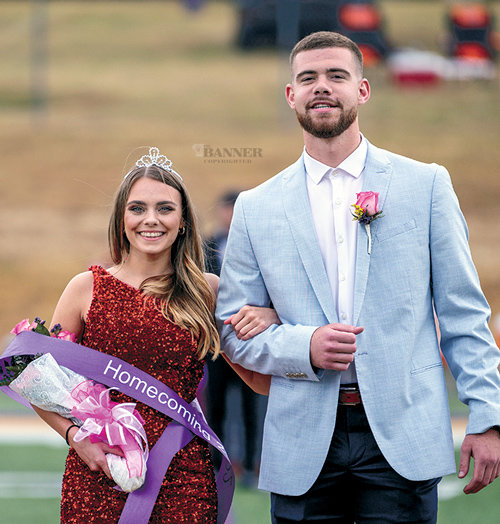 Marissa Nunnery of McKenzie was one of the Senior Representatives. She was escorted by Bryton Cole.
Photo by Gary Owens 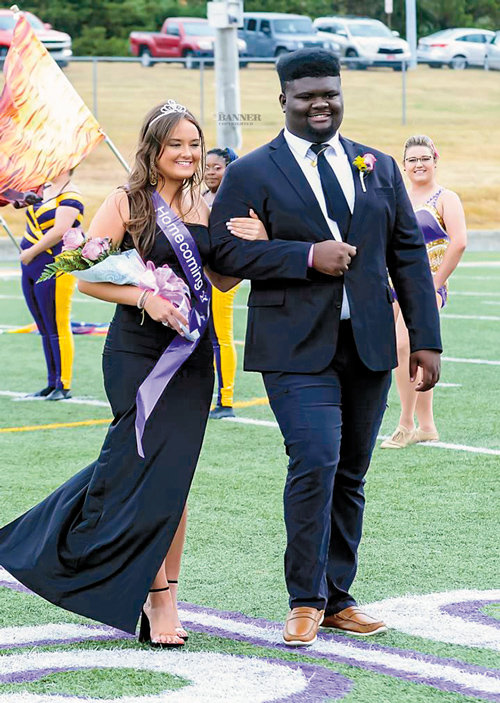 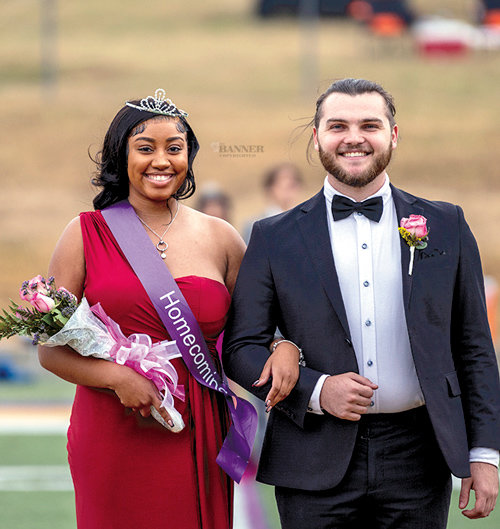 Jacob Ervin of McKenzie was one of the Senior Representatives along with Kayla Bennett from New Johnsonville.
Photo by Gary Owens
Previous Next
Posted Tuesday, October 25, 2022 11:30 am
McKENZIE — Bethel University presented the 2022 Homecoming Royalty Court and announced the king and queen during Saturday’s football game on October 22.
Amaya McIntire, senior exercise science major, from Memphis and Hayden Thomas, senior sports management major from Quim, Missouri, were named this year’s Homecoming Queen and King during the half-time presentation.
McIntire is an active Bethel student with membership in the Gamma Beta Phi Honor Society and service as a student ambassador, and is an athlete for the Bethel Cheerleading team. Thomas is an athlete for the Bethel men’s basketball team, a representative for the Association of Student Athletes, and the male representative for the Mid-South Conference for the 2022-2023 NAIA academic year.
Freshman class representative April Watson, a sports management major from Gleason, serves as a manager for the Bethel Wildcat Football team. Latrelle Foster acted as her escort and represented the Student Government Association (SGA). Foster is a psychology major from Dyersburg, is a member of the Kappa Sigma fraternity, and is an athlete for the Bethel Game Day and Competition Cheer Team.
Criminal justice major Chloe Isbell, from Charlotte, and pre-professional health major Jacob Lilly, from South Fulton, represented the sophomore class. Isbell is a part of the Renaissance choir and Gamma Beta Phi and serves as a student ambassador for Bethel’s Global Studies program. Lilly is a member of SGA, Bethel’s Esports team, and the Student Members of the American Chemical Society.
The junior class representatives were Savannah Parker, psychology major from Paris, and Eli Moore, business management student from Dyersburg. Parker is a member of Gamma Phi Beta honors society, and Moore is involved in the Phi Delta Sigma fraternity and Bethel’s Renaissance Theatre program, and serves as an assistant coach for the Esports team.
Six students represented the senior class including McIntire and Thomas. Marisa Nunnery, an elementary education major from McKenzie, is a member of the Delta Phi Nu sorority and Student Tennessee Education Association, as well as serving as a Bethel STAR leader and manager for the men’s Basketball team.
Jacob Ervin, also from McKenzie, is a sociology major and is heavily involved in many areas across the university. He is a member of the Phi Delta Sigma fraternity, Bethel Renaissance Performing Arts choir, the “Resound” sixteen-voice group, and the student activities committee. He is also a ministerial student.
Senior representative Kayla Bennett is an accounting major from New Johnsonville and is an athlete with the Bethel Cross Country and Track Team. The final senior representative Bryton Cole, music production major from Mount Juliet, is an active member of the Renaissance Theatre program.