NASHVILLE — State Rep. Brock Martin, R-Huntingdon, was officially sworn in as a member of the Tennessee House of Representatives on Tuesday, January 10. 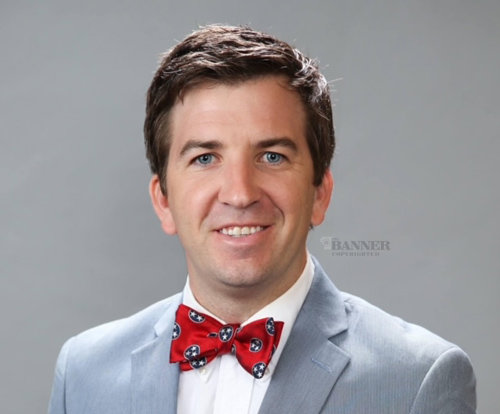 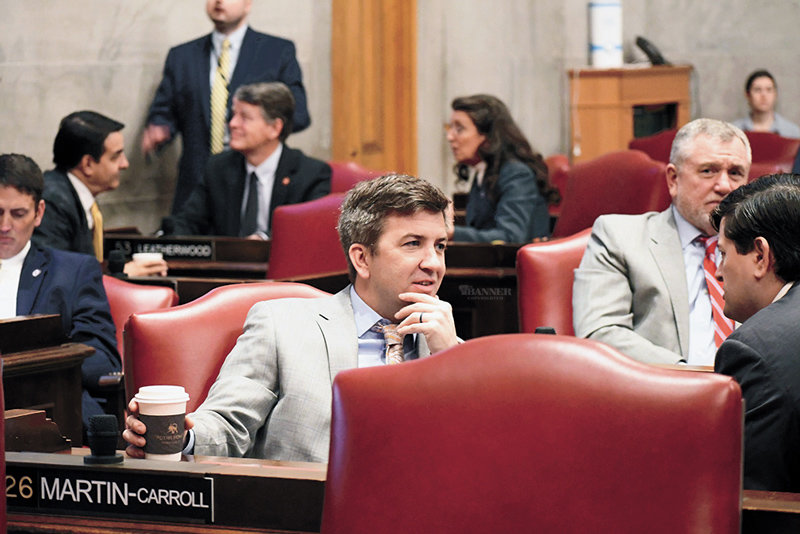 Representative Brock Martin in his assigned seat in the Tennessee House of Representatives.
Previous Next
Posted Tuesday, January 17, 2023 5:00 pm
NASHVILLE — State Rep. Brock Martin, R-Huntingdon, was officially sworn in as a member of the Tennessee House of Representatives on Tuesday, January 10.
Martin took the oath of office during the first legislative day of the 113th General Assembly. He was elected in November to represent House District 79, which includes part of Carroll, Gibson and Henderson counties.
“It is an incredible honor and privilege to serve in this role as state representative,” Martin said. “I look forward to doing whatever it takes to help ensure that our families, our businesses and our communities have a prosperous future in Tennessee.”
Martin, a chiropractor and small business owner, received his bachelor’s degree from Bethel University and his doctoral degree from Logan College of Chiropractic. He is president of the Tennessee Chiropractic Association and serves on several boards across Tennessee including the Board of Trustees for Bethel University and the Huntingdon Industrial Board. He is a graduate of Camden Central High School and the son of two career educators, Barry and Connie Martin, both Bethel University graduates.
Martin lives in Huntingdon with his wife, Krista, a chiropractor, and their five-year-old son, Steele.