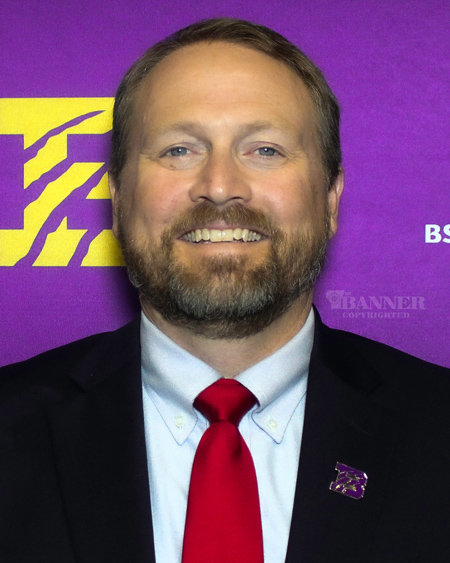 Bethel President Walter Butler stated, “We are honored that Brad will be our new Director of Athletics. Brad has served our athletic department since 2011 and has earned the respect of our staff, athletes, and his fellow athletic administrators as the universities we compete against. We are so excited Brad has agreed to continue his work with our athletic program.”

During his tenure at Bethel University, Chappell has overseen all facets of a department including 53 coaches, administrative and support staff and more than 750 student-athletes. He directly supervised of budgets, business operations, scholarships and athletic facilities. Most recently, Chappell oversaw renovations to Gaines Pool.

Chappell served as vice president of the TranSouth Conference, sports chair for softball and soccer during Bethel’s membership in the Southern States Athletic Conference (SSAC), and he was a member of the SSAC strategic planning committee. In the Mid-South Conference, Bethel’s current league, Chappell has served on the oversight, competition, and football committees.

He serves as the liaison to Champions of Character, an NAIA initiative. Bethel has been a five-star Champions of Character institution each year since Chappell’s arrival and has earned gold status in the last six years. Under his guidance, Bethel University student athletes have logged more than 30,000 hours of community service.

Chappell commented on his new position. “I am humbled and honored to be named Director of Athletics at my alma mater. I appreciate Dr. Butler putting his faith in me to head such an important facet of Bethel University. My intention is to make current and former student-athletes, students, faculty, staff, and alumni proud of our accomplishments. I am grateful to Glenn Hayes and Dale Kelley for the opportunity to grow and learn under their leadership.”

Brad Chappell graduated from McKenzie High School in 1991. He received his Bachelor of Science in 1996 and his Master’s Degree in 2002, both from Bethel College.

Before arriving at Bethel, Chappell served in the Tennessee public school system for fifteen years as a teacher and coach. He has taught all levels between fourth grade and college seniors in various subjects. His coaching experience is extensive, covering a number of sports but primarily focusing on middle and high school football.

Brad and Christie Chappell, his wife of 31 years, have four children — Nick, Jake, Allie, and Drew. Three generations of Chappells are Bethel alumni, including Christie, Nick, and Brad’s mother, Peggy. Allie Chappell is currently enrolled and plays women’s soccer at Bethel University. Drew is an incoming sophomore at McKenzie High School and aided the Rebels in the football, basketball, and baseball state tournaments for the 2021-22 school year.