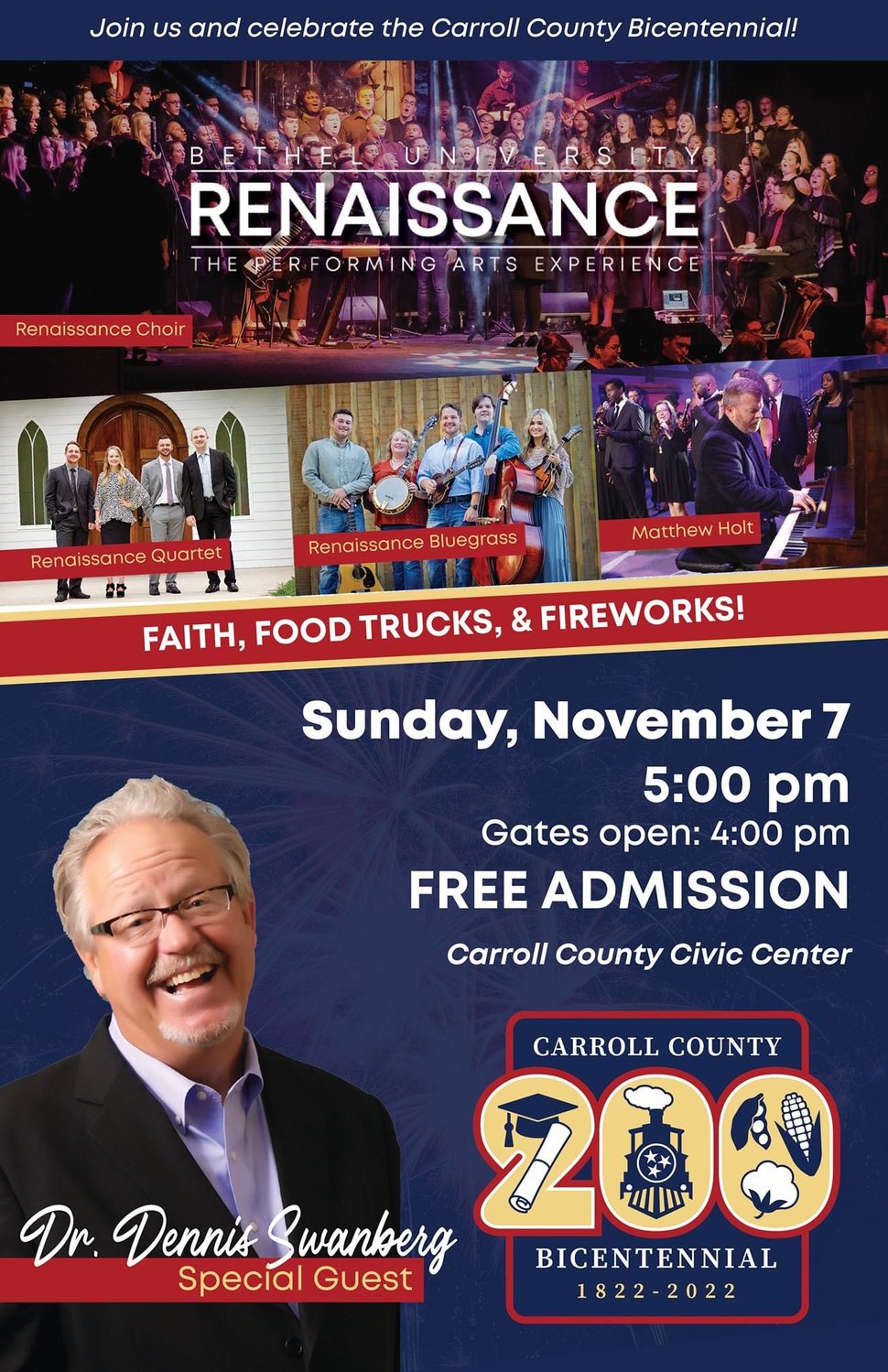 HUNTINGDON — Carroll County, Tennessee is 200 years old on November 7, 2021. An afternoon and evening of faith, food, music and fireworks will commemorate the founding of the county. The event is free and at the Carroll County Civic Center. The doors open at 4 p.m. and the event begins at 5 p.m. Admission is free of charge.

Dennis Swanberg, an encouraging speaker, comedian, and humorist, served in pastoral ministry for 23 years. Then, in 1995 Dennis took a leap of faith when he stepped down as church pastor and stepped up to the microphone on stages and platforms all across America and the world.

“The Swan” soon became “America’s minister of encouragement”, a job he takes seriously as he continues to speak to about 150 organizations, faith-based groups and corporations every year. He has hosted two successful TV series, authored 9 books, and created over two dozen DVD/CD productions.

Dennis is a graduate of Baylor University where he majored in both Greek and Religion (1976). He earned both a Master of Divinity (1980) and a Doctor of Ministry (1986) at Southwestern Seminary, Ft. Worth, Texas.

History of Carroll County
The Tennessee General Assembly created Carroll County on November 7, 1821, and named it for the governor, William Carroll. The area from which the county was taken had been part of the Western District, which was controlled by the Chickasaws until ceded in the Jackson Purchase of 1818.