HUNTINGDON (January 19) — Carroll County will soon implement a program to help jail inmates to successfully return to society after completing their jail terms. It is called Evidence-Based Re-Entry Program. 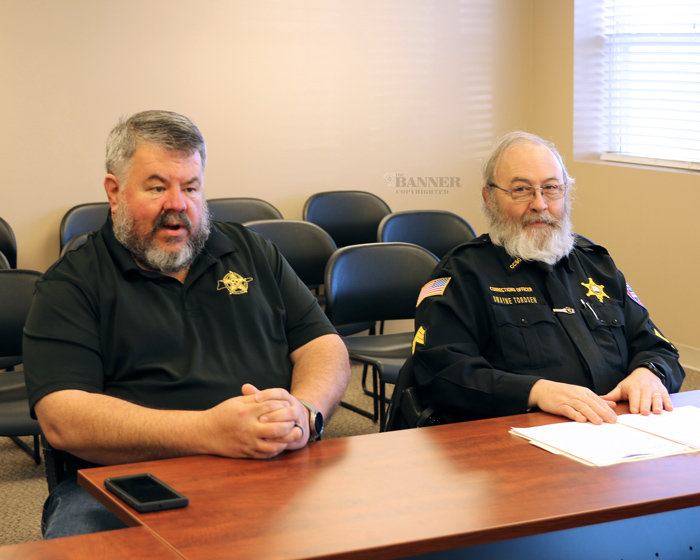 HUNTINGDON (January 19) — Carroll County will soon implement a program to help jail inmates to successfully return to society after completing their jail terms. It is called Evidence-Based Re-Entry Program.

The county will pay $107,706 annually for the three-year program. Sheriff Dickson said the remainder of the program is funded through a grant. The total project is estimated at $1 million, said the sheriff.

Sergeant Tordsen applied for the grant and will be the local administrator of the program. It is to help with select inmates progress to return to society, reduce recidivism, and assist in gainful employment.

Tordsen said the program involves a full-time therapist from Pathways, computer equipment for training and education, help getting Social Security numbers and identification cards. The program will work with the new Tennessee Re-Entry Success Act, a program that provides compensation to Tennessee counties that provide evidence-based programming for inmates housed in county jails.

Committee members thanked Sheriff Dickson and Sergeant Tordsen for their work to improve the lives of inmates and to reduce recidivism.

A budget amendment was also presented to add funds for the purchase of new voting equipment for the Carroll County Election Commission. The original appropriation by the county for the equipment was $250,000. $210,000 was to be paid by Help America Vote Act (federal funds), with the remainder coming from state funds. The equipment was $47,000 more expensive than originally estimated. Butler said the state would also cover the excess costs.

Sheriff Dickson said the health service provider at the jail is paid $10,800 monthly based on an average of 130 inmates daily. The average increased to over 150 daily last year and with the recent drug roundup, the average is now over 200 daily. He expects the fee to increase to $13,000 monthly. Along with the expected increase is an increase in nursing services from 40 to 56 hours weekly.

Chairman Darrell Ridgely said upcoming budget meetings are February 15, March 16, April 20, and May 18. His goal is to maintain the same tax rate, provide department directors with anticipated employee pay raises early in the process, and meet with department supervisors and elected officials during a day-long budget hearing on March 16. The new fiscal year begins July 1.