HUNTINGDON — Huntingdon played host to Gleason in their final contest Tuesday night, December 21 in their last contest before the Christmas break splitting games with the Lady Bulldogs and Bulldogs. 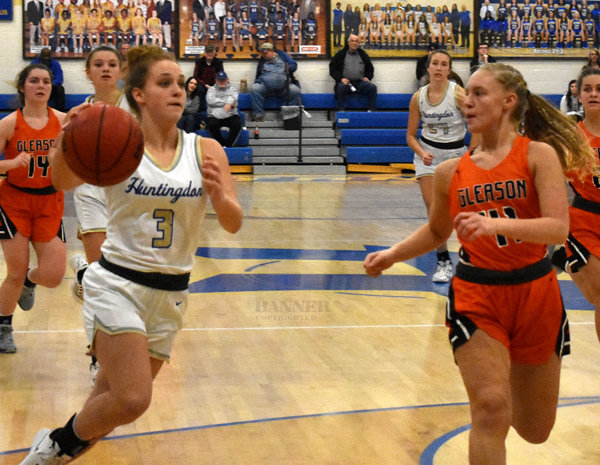 Delaney Byars (3) looks to move inside on a Gleason defender. 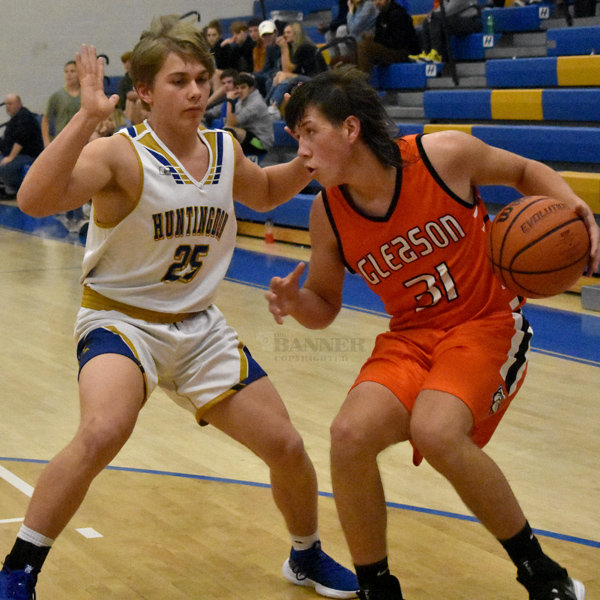 HUNTINGDON — Huntingdon played host to Gleason in their final contest Tuesday night, December 21 in their last contest before the Christmas break splitting games with the Lady Bulldogs and Bulldogs.

Lady Bulldogs 59, Fillies 58
The Fillies rallied from a double digit deficit against the Lady Bulldogs losing 59-58 at the end. The first period was close with Gleason leading 15-14 by the end of the period. The Lady Bulldogs outscored the Fillies 24-13 in the second period to take a 40-27 lead by halftime. Both teams played evenly in the third period scoring 17-points each with Gleason taking a 57-42 lead into the final period. Huntingdon put up a big fourth period outscoring the Lady Bulldogs 14-2 to make it a one-point contest at the end with a chance to win it.

Huntingdon placed three in double figures led by Sophie Singleton with 16 followed by Annabelle Singleton with 13 points and Lilly Kee with 10 points for the Fillies. Quinn Kelley had nine points. Delaney Byars had six points. Lia Fuller and Sarabeth Smith chipped in two points each for Huntingdon.

Mustangs 53, Bulldogs 35
What started out as a close game turned into a lopsided contest starting late in the third period and through the fourth period with Huntingdon gaining the win.

The Mustangs held a 9-5 lead by the end of the first period and it stayed close through the second period as they held a 21-16 lead at the half. A 15-8 third period for Huntingdon got their momentum going into the fourth period with the Mustangs outscoring the Bulldogs 17-11 in the final period including hitting numerous free throws to seal the win.