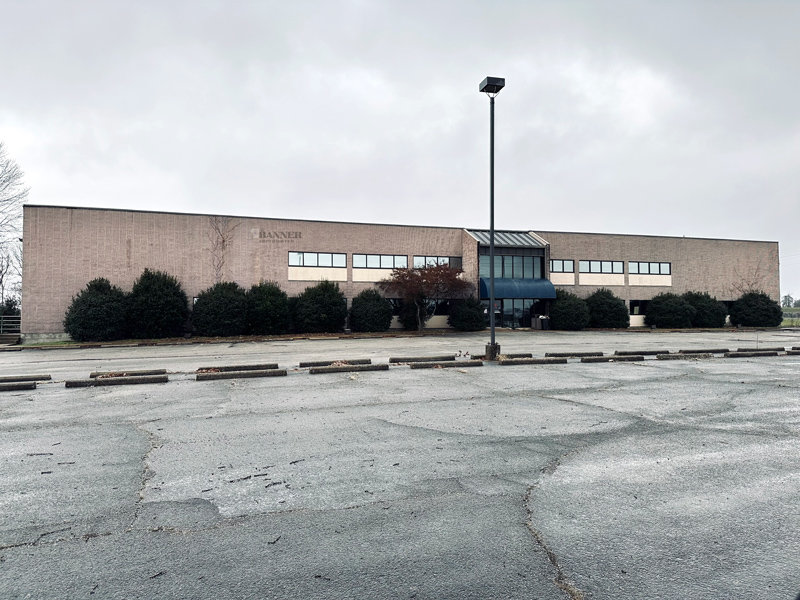 McKenzie Industrial Board is purchasing the former Dana, Cachengo industrial building at the Carroll County Airport. It is the only available building in the McKenzie South Industrial Park. 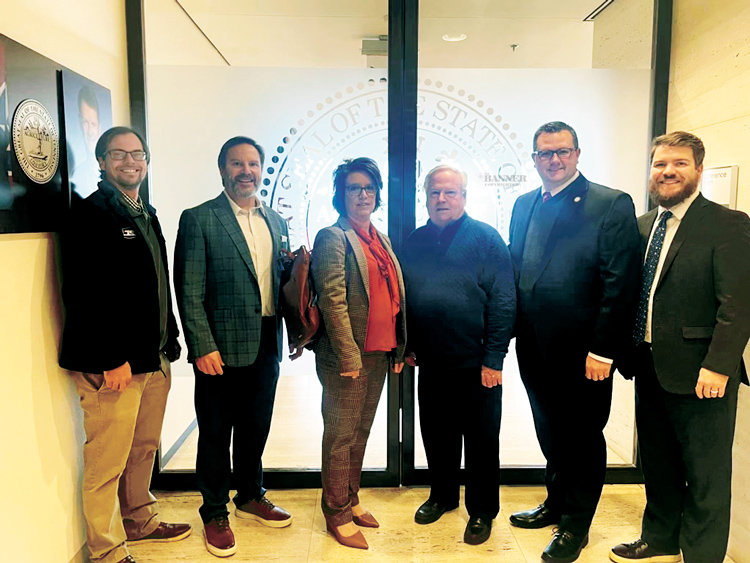 Applying for a Grant — Nathan Grasfeder and Patrick Smith of L.I. Smith, Industrial Board Executive Monica Heath, Board Chairman Gary Simmons, McKenzie Mayor Ryan Griffin, Carroll County Mayor Joseph Butler all traveled to Nashville to apply for a pad-ready grant for a 100,000 square-foot prospective industry. The grant application was successful for $417,525.
Previous Next
Posted Tuesday, December 27, 2022 5:00 pm
McKENZIE — The year 2022 was a successful year for the McKenzie Industrial Board, landing new jobs for the county of Carroll. and city of McKenzie. As a year-end announcement, Tennessee Economic and Community Development announced the receipt of a $417,525 grant for the McKenzie Industrial Park-South at Carroll County Airport.
Monica Heath, executive director of the McKenzie Industrial Board and McKenzie Chamber of Commerce, said the grant will be used to construct a pad-ready site for a 100,000 industrial building on 23.9 acres for any future industries. It will be located on Rochelle Road next to Pottery Direct.
McKenzie Industrial Board will pay the remaining $20,000 for the project. The city Industrial Board is self-funded and receives no county or city funding.
Mrs. Heath said she, Board Chairman Gary Simmons, Mayor Ryan Griffin, Carroll County Mayor Joseph Butler, and Nathan Grasfeder and Patrick Smith of L.I. Smith, the company that will help develop the site. The site is located outside of the City of McKenzie.
With the ramping up of VP Racing Fuels in the former Nestaway building, also on Rochelle Road, the Tennessee  Department of Transportation (TDOT) committed to construct a turning lane on State Route 22 at the intersection of Rochelle Road/Vernon Thomas Road. Also, TDOT committed to construct an industrial access road to open access to the available industrial land near Pottery Direct.
In December, the McKenzie IDB voted to purchase the former Dana Corporation building, adjacent to the Carroll County Airport terminal. That vacant building was recently occupied by Cachengo, a technology company. Cachengo purchased and relocated to the former McKenzie Regional Hospital.
The IDB remodeled the ambulance base station adjacent to the former hospital, added sleep quarters, and added new truck bays. The headquarters is leased to Priority Ambulance, the contractor for Baptist Memorial Hospital-Carroll County.
Last year, the IDB renovated a downtown building into a co-working space, one of the very few in a rural community. The former Overflow Church, adjacent to the McKenzie Memorial Library, provides office space for long-term renters or persons who just need office space and Internet for a day or month.