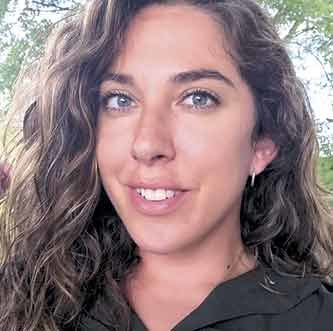 McKENZIE, Tenn. -  A Celebration of Life for Jessi Horton Pence is Monday, August 1, 2022 at 7:00 p.m. at Brummitt McKenzie Funeral Home. The family will receive friends on Monday, 4:30 p.m. until service time.

Mrs. Pence, 34, died Saturday, July 23, 2022 at their house on the lake near Dover. She is an environmental scientist with a degree in Soil and Plant Science and worked for the State of Tennessee. She was born in Memphis on September 11, 1987 to David and Peggy Bridges Horton.

She is survived by her husband, Andy Pence of McKenzie, two daughters, Chelsea Pence and Mady Pence, both of McKenzie and a son, Jack Pence of McKenzie, her parents, David And Peggy Horton, a sister, April (Cody) Deboer of San Diego, California and two brothers, Justin (Heather) Green of Jackson and David (Becca) Horton, Jr. of Knoxville, and her maternal grandmother, Carolyn Bridges.

She is preceded in death by her maternal grandfather, Cecil Bridges and paternal grandparents, Claude and Lois Horton.