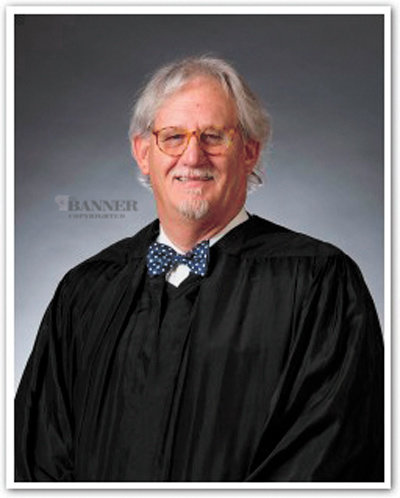 The family will receive friends at Dilday-Carter Funeral Home on Tuesday September 13, 2022, 2 p.m. to 8 p.m. and Wednesday September 14, 2022 at the Huntingdon First United Methodist Church, 10 a.m. until time of services at 1 p.m.

Judge Williams was born November 11, 1953 to the late Betty Everett Williams and John L. Williams.  He graduated from Huntingdon High School in 1971.  Then he proceeded to obtain his bachelor’s degree in Criminal Justice from The University of Tennessee at Martin before continuing on to Cumberland School of Law at Samford University,  where he completed his Doctorate of Jurisprudence.  In 1981, John Everett returned to Huntingdon and started practicing law with his father at Williams & Williams, Attorneys at Law.

John Everett practiced as an attorney for 17 years until he was appointed to the Tennessee Court of Criminal Appeals by Governor Don Sundquist in 1998.  Judge Williams served on this court until his death and was currently the presiding judge of the Court of Criminal Appeals starting in 2018.  He had also served as chairperson of the Tennessee Lawyers Assistance Program for several years and strongly advocated the organization.

John Everett was also an amazing magician, belonging to the International Brotherhood of Magicians.  Many children enjoyed his shows and referred to him affectionately as the “Magic Man.”  Another of John Everett’s hobbies and talents was that of an aspiring thespian.  He enjoyed captivating audiences.  Mainly in his portrayals of the legendary Mark Twain.  He was actively involved with The Dixie Carter Performing Arts and Academic Enrichment Center where he had performed just last month.

John Everett was also an avid outdoorsman and fisherman who cherished his time with friends in the duck blind or on the Tennessee River.  The enjoyment of the river, namely Kentucky Lake, led John Everett to purchase a lake house at Beaver Dam where the little community became an all important part of his life.

He always looked forward to meeting up with local friends to converse and solve the world’s problems at “The Coffee Shop” or while whittling wood at Jeff’s Lawnmower.  Judge Williams was extremely proud to let anyone who would listen know how much he loved Huntingdon, Carroll County, and the great State of Tennessee.  The passion he put into any endeavor he was involved with was shown by his successes and the undescribable lengthy list of accomplishments and awards he received on the local, state, and even national level.

He had a mission to help others.  This came in the forms of working with charitable organizations, providing labor, mentoring programs, substance abuse assistance, and volunteering as a counselor.  He was a part of Anonymous Village, a clean and sober camp at Burning Man.  He most enjoyed his time volunteering with the Temple Guardians to help those who were dealing with the loss of a loved one.

John Everett also was an extremely proud father, brother, grandfather, and uncle. He always looked forward to vacations with J, Devon, Emory, and Everly. In recent years, he spent all of his spare time with his granddaughters.  He enjoyed accompanying them to the beach, tubing at the river, attending softball tournaments, soccer games, camping out in the RV, having ice cream sandwiches, and any other event he could share with his family.

Judge Williams is survived by one son, John  Everett (Devon) Williams, II, and one brother, Bob (Donna) Williams, all of Huntingdon.  He is also survived by his two treasured granddaughters, Emory and Everly Williams and two nieces, Amelia Jordan and Caroline (William) Alexander.

In the spirit of John Everett’s giving nature, his family request you donate to your favorite local charitable organization in lieu of flowers.