PARIS — Katie Wells, RN, BSN, is the new director of the Women’s Center at Henry County Medical Center.  The Women’s Center is a state-of-the-art birthing experience from pre-natal to post-natal. 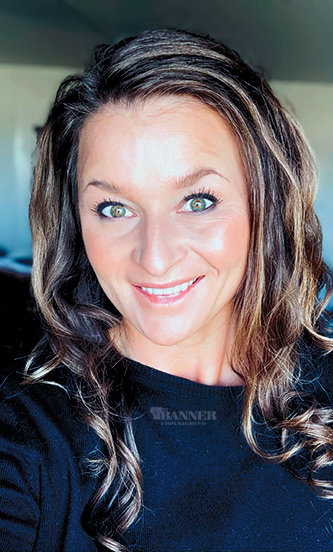 Katie Wells
Posted Tuesday, January 3, 2023 5:00 pm
PARIS — Katie Wells, RN, BSN, is the new director of the Women’s Center at Henry County Medical Center.  The Women’s Center is a state-of-the-art birthing experience from pre-natal to post-natal.
Wells first came to HCMC in 2012 where she worked for four years in the observation unit as a med-surge nurse. In 2016, she left HCMC to work for Tennessee Quality Hospice from 2016-2020. She returned to HCMC in 2020 and again worked as a med-surg nurse. In April 2022, she accepted the position as a house supervisor before being named the interim Women’s Center Director in September of 2022. Wells grew up in Willits, California, located in northern part of the state. She graduated from Willits High School in 1999 and then attended College of the Redwoods where she earned the designation as a Registered Dental Assistant in 2000. She moved to Tennessee in 2003 and continued to work as a dental assistant until 2007. She attended Murray State University from 2007-2012 and graduated with a BSN in nursing. During nursing school, Wells did her preceptorship on third tower at HCMC, at which time she was offered a position as an RN in med-surge.
Wells, who lives in Buchanan, Tenn., is married to Matt Wells and the couple have one daughter.
Away from work, she enjoys gardening, her animals, traveling to see family and exploring the outdoors.
For more information about HCMC and the Women’s Center, go online at www.hcmc-tn.org.