McKENZIE (June 23) — A time of celebration was Thursday, June 23, when the McKenzie Lady Rebels 2021-22 basketball team were honored with championship rings signifying the 2022 Class 1A championship. 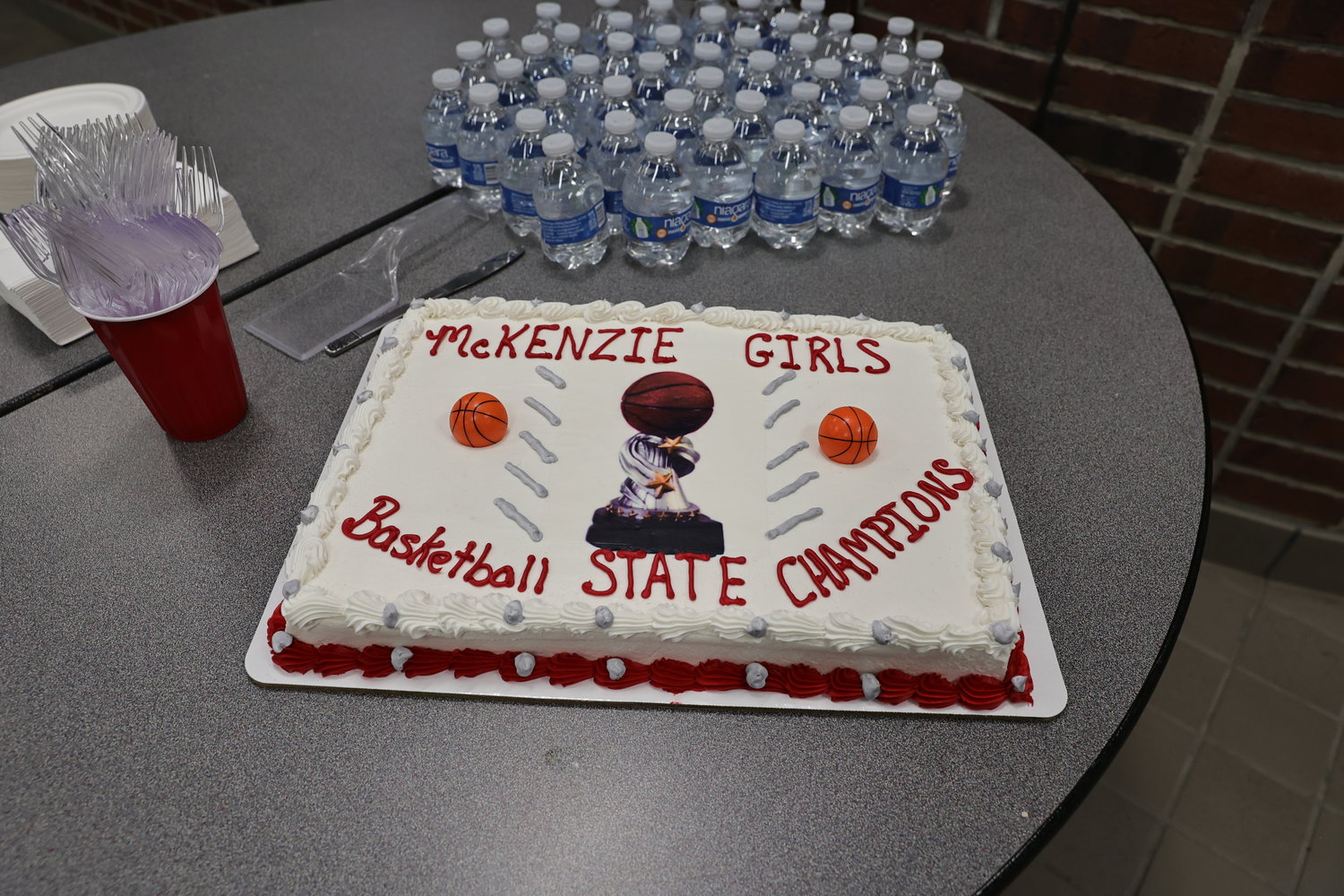 A cake in celebration of a state championship. 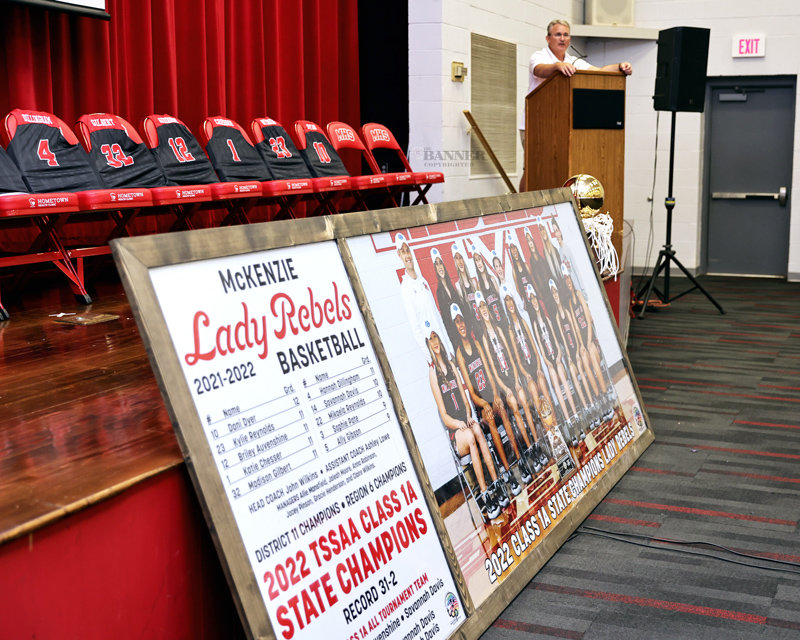 The 2021-22 Lady Rebels’ season will be remembered with a 8-foot x 4-foot photograph along with team roster to be mounted on the gymnasium wall.
Photo by Joel Washburn/The Banner 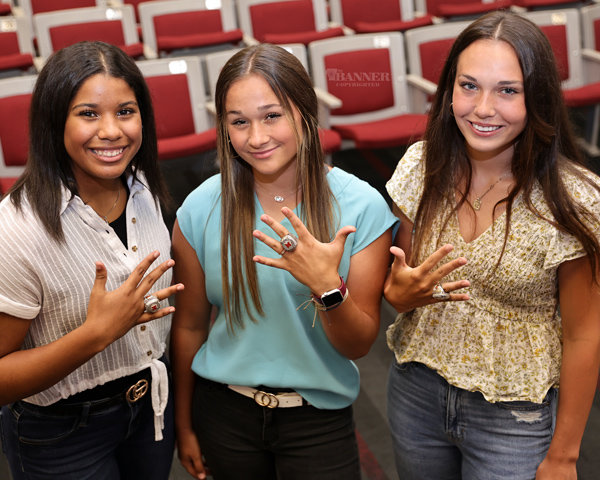 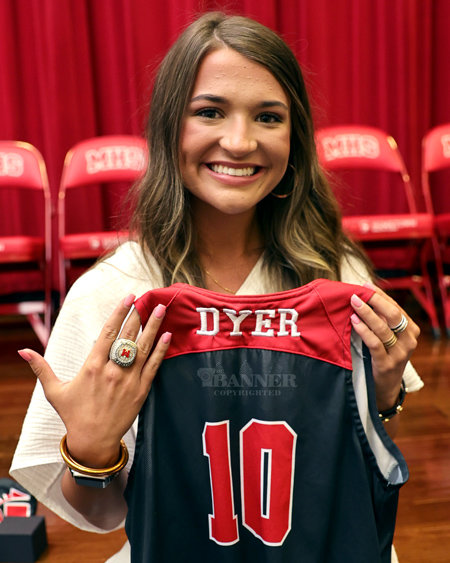 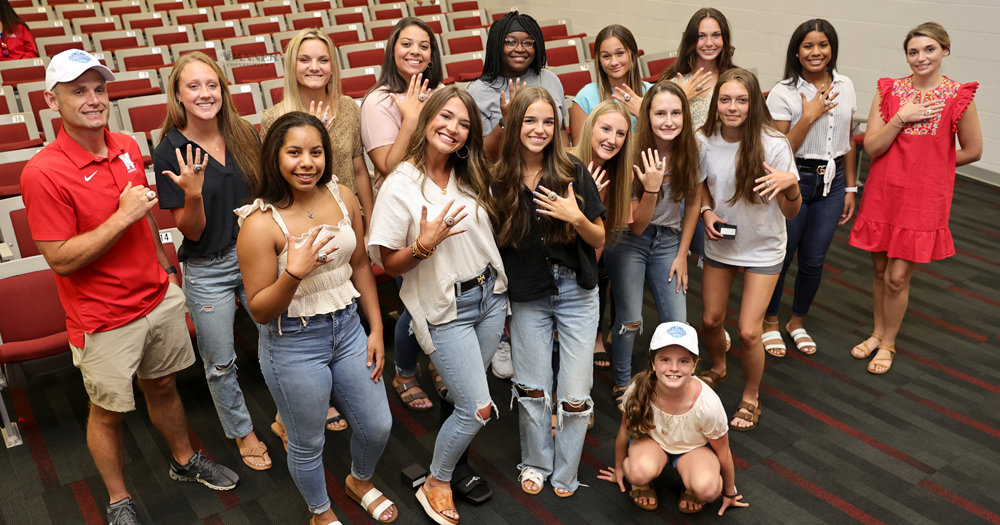 McKENZIE (June 23) — A time of celebration was Thursday, June 23, when the McKenzie Lady Rebels 2021-22 basketball team were honored with championship rings signifying the 2022 Class 1A championship.

It was a team effort, it was great players, great coaching, and a great community supporting the team throughout the season. It was with great support of the school, parents, and teachers. It took everyone pulling together.

Each of the players received a huge ring, each personalized for each player or manager. Coaches John Wilkins and assistant Ashley Lowe were also recipients.

MHS Principal Spivey offered many thanks to the audience and the community. Six MHS teams traveled to state this year - a new record for the school. The community supported the teams with their money and by attending the games. Spivey said a MHS alumnus paid most of the costs of the championship rings.

Christian Nunnery filmed and produced a video featuring interviews of the players - both in individual and group settings. It was a time to laugh and a time to cry as the audience watched the video. It had sincere remarks and funny outtake bloopers.

Coach John Wilkins talked of the 2021-22 season, saying there are coaches with a lifetime career without a gold ball to their credit. Wilkins has coached 10 years at McKenzie - the first 10 years as the boys’ coach and the last two as the boys’ and girls’ coach. He spoke of the community support for both teams - especially traveling for regionals and then packing the house for back-to-back substate games followed consecutive weeks in Murfreesboro at the state championships.

“This is where I want to raise my family,” said Coach Wilkins of McKenzie. He and his wife, Lauren, have three girls.

“It is tremendous to watch how God has blessed us,” said Wilkins.

Next year, the Rebels and Lady Rebels will enjoy new padded seats for the teams on the sidelines, a new much-improved scoreboard, and the fans will have improved seating.

A new photograph of the 2021-22 Lady Rebels will be displayed along with a roster of players, and team record. The photo was made by Juleyanne Weatherford and the 8-foot x 4-foot photograph was printed by The McKenzie Banner.