GREENFIELD (November 15) — McKenzie’s Lady Rebels opened the 2022-23 season in a solo game at Greenfield without the boys playing on Tuesday, November 15. 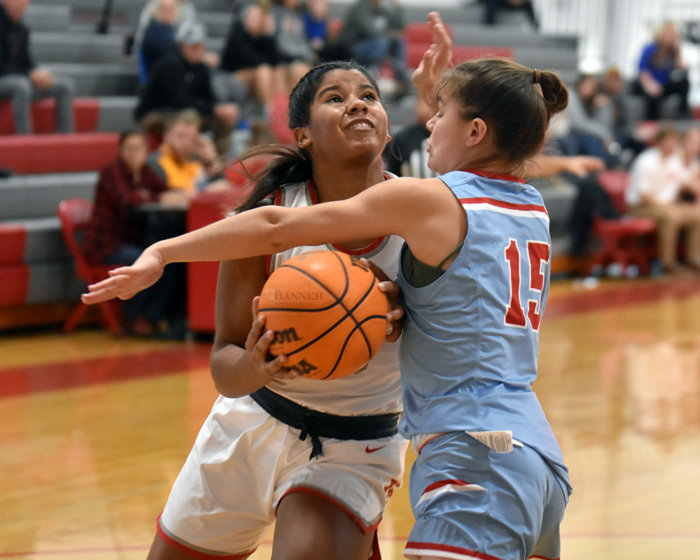 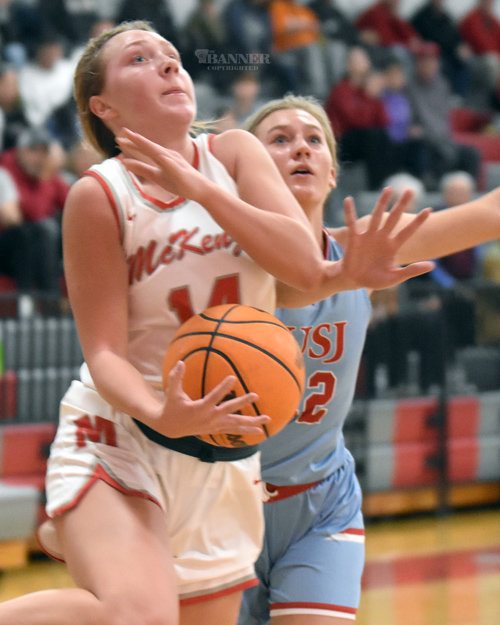 Savannah Davis gets control of the ball against USJ.
Photo By Joel Washburn and Jim Potts/The Banner 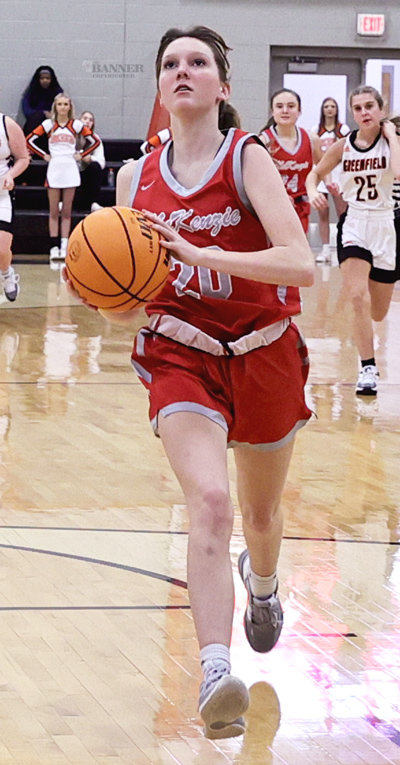 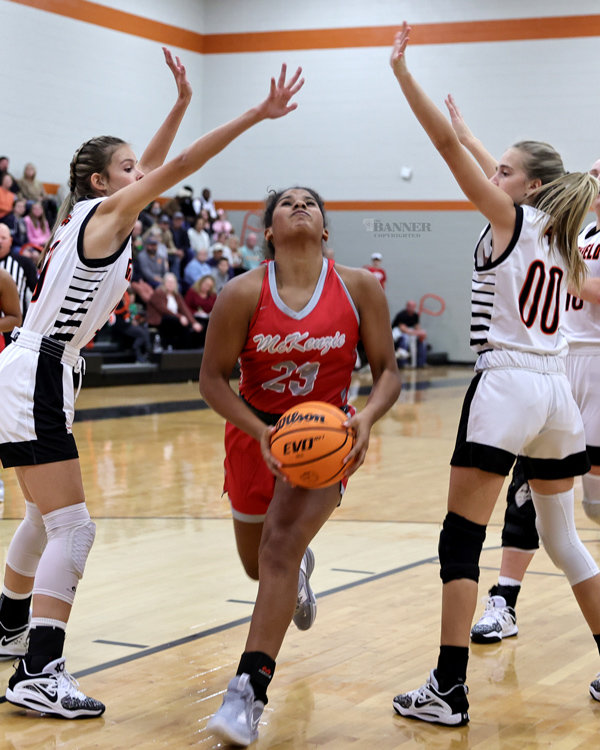 McKenzie’s Kylie Reynolds (23) goes between defenders for a layup.
Photo By Joel Washburn and Jim Potts/The Banner
Previous Next
Posted Tuesday, November 22, 2022 3:53 pm
By Jim Potts
jpotts@mckenziebanner.com
McKenzie 65, Greenfield 39
GREENFIELD (November 15) — McKenzie’s Lady Rebels opened the 2022-23 season in a solo game at Greenfield without the boys playing on Tuesday, November 15. The Lady Rebels jumped out to a 15-5 lead in the opening period and never looked back. They outscored the Lady ‘Jackets 23-9 in the second period to lead 38-14 at the half. McKenzie extended their score in the third period to 54-25 before finishing the win 65-39.
Kylie Reynolds led the Lady Rebels with 23 points while Katie Chesser and Mikaela Reynolds had 16 points each. Sophie Pate and Hannah Dillingham added three points each while Morgan Little and Molly French chipped in two points each.
Greenfield was led by Emma Grace Alford with 19 points while Anastyn Vujicic and Stormie Ricketts with six points and five points respectively. Hollie Williams added four points with Ramsey Crouse and Regan Reynolds having two points each. Anna Grace Abernathy chipped in one point for Greenfield.
McKenzie 69, USJ 53
McKENZIE (November 19) — The Lady Rebels hosted USJ in a noon game on Saturday, November 19 defeating the Lady Bruins 69-53 improving to 2-0 on the young season.
The first period went back and forth with McKenzie holding a slim 10-8 lead at the end of the first period. The second period saw both teams play evenly scoring 16 points apiece with the Lady Rebels leading 26-24 at halftime.
McKenzie exploded for 26 points in the third period with fifteen of them coming from five three-pointers. The scoring blitz gave the Lady Rebels a 52-35 lead heading into the final period. USJ narrowly outscored McKenzie 18-17 in the final period but the Lady Rebels had enough of a cushion to secure the 69-53 win.
Savannah Davis led all scorers with 23 points while Kylie Reynolds had 22 points for the Lady Rebels. Briley Auvenshine and Mikayla Reynolds added 13 points and 11 points respectively.
The Lady Bruins were led by Ava Barham with 17 points followed by Haylen Ayers with nine points. Carley Hayes and Ellen Driver added seven points apiece while Sophie King had six points. Cate Payne contributed three points while Mia Powell and Demi Sallee chipped in two points each for USJ.