HUNTINGDON — Sixty-Five fishing teams from throughout the United States and one team from Canada descended on the Carroll County area for the Bassmaster Junior National Championship held at Lake Halford (1,000 Acre Lake) on Friday and Saturday, July 29 and 30. 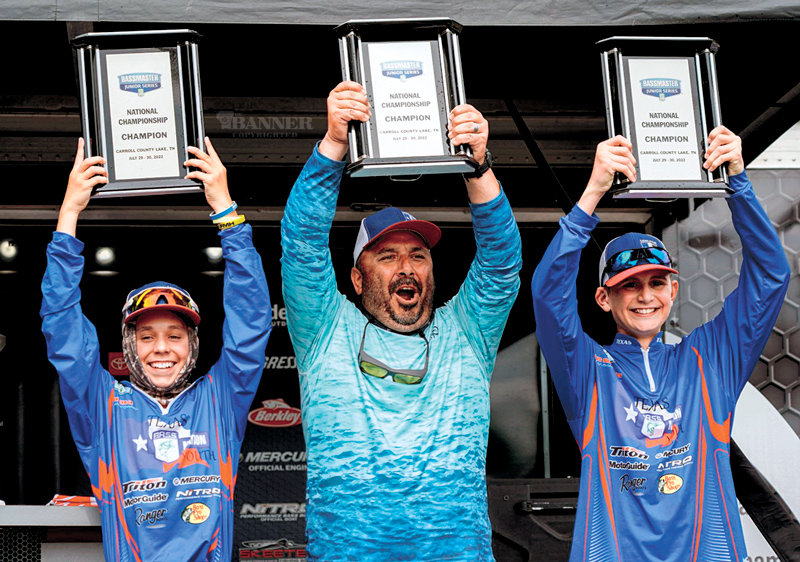 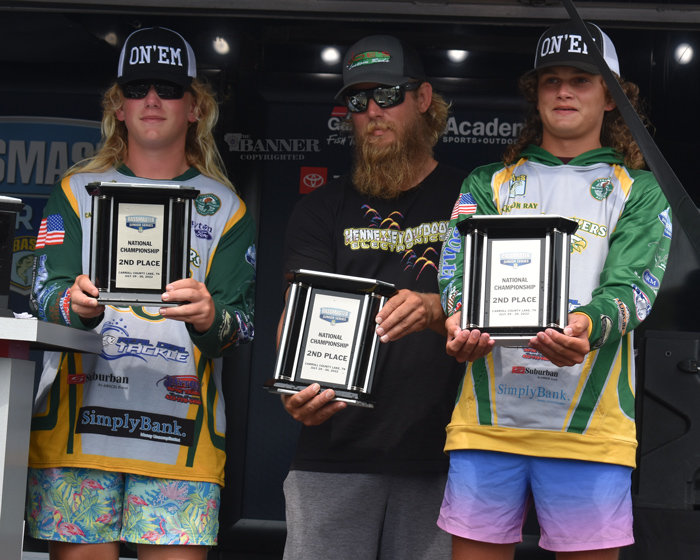 HUNTINGDON — Sixty-Five fishing teams from throughout the United States and one team from Canada descended on the Carroll County area for the Bassmaster Junior National Championship held at Lake Halford (1,000 Acre Lake) on Friday and Saturday, July 29 and 30.

After Friday’s efforts, Rooksby Gordon and Fisher Deason of American Christian Academy led the way with a first-day catch of 11 pounds 7 ounces. Mark Cerja, Jr. and Gus Richardson of the Lone Star Jr. Bassmasters were in second place with 10 pounds 7 ounces.

All of the teams ducked through periods of rain during both days of fishing.

By the end of Saturday’s fishing, first place changed with Cerja and Richardson taking the Championship after adding 7 pounds 14 ounces for a two-day total of 18 pounds 5 ounces. They will split a $2,000 scholarship.

Owen Ray and Camdyn Cranfill, from Rhea County Eagle Anglers, finished second after being in third place after day one. They posted 10 pounds, 3 ounces after day 1 and another 7 pounds on day 2 for a 17 pound, 3 ounce total. They earned a $1,000 scholarship.

Ander Cowan and Alex Fitzpatrick, of PA Bassin Juniors, finished third with a two-day total of 17 pounds 2 ounces. They were seventh at the end of day one with 7 pounds. They moved up to third place after a 10 pound 2 ounce effort on day two. Cowan and Fitzpatrick earned a $500 scholarship.

Three young ladies from First Baptist Church – Huntingdon performed the National Anthem to kick off day two ceremonies. They were Madeline Anderson, Ali Haney, and Alexis Conners. The Tournament was hosted by the Carroll County Chamber of Commerce.