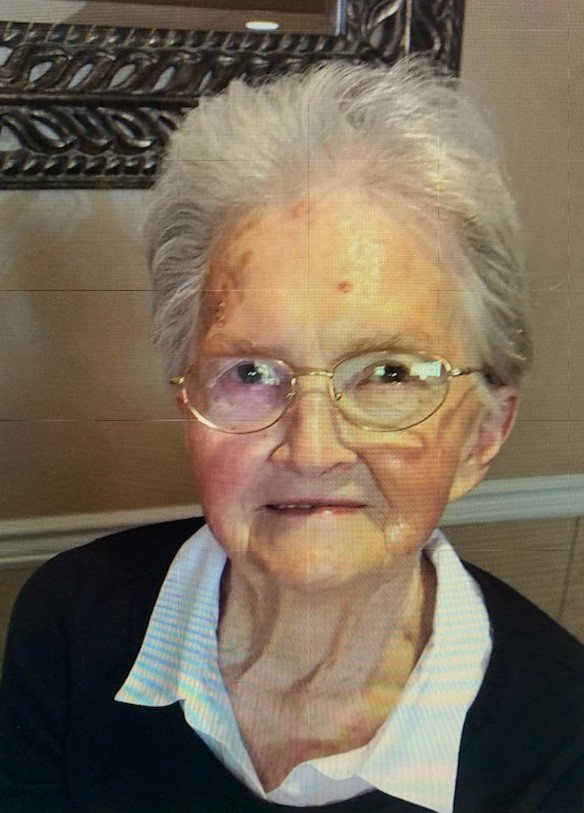 McKenzie, Tenn. -  Funeral services for Loyce Robertson are 12 p.m., Saturday, July 24, 2021 at Brummitt McKenzie Funeral Home. The family will receive friends from 10 a.m. until service time. Interment is at Henry Cemetery. Please dress casually. Mask will be required and will be provided if needed.

Loyce Robertson went to her heavenly home to be with Jesus on Tuesday, July 20, 2021 in Conway, Arkansas, where she had lived for the past two years. She was born on December 2, 1933 to Doll and Alvie Arnold in Noah’s Fork, Tenn.

She was married to Joe Robertson in Corinth, Miss. on March 5, 1954. They moved back to Henry, Tenn., where they lived, worked and farmed. Mrs. Robertson went back to school in 1968, and became an LPN. She worked for many years at Henry County Medical Center and Eastwood Clinic in, Paris, Tenn. before becoming the office nurse for Dr. Vince Tusa at the Paris Clinic. She retired from nursing in 1978 and spent her spare time working on the farm with Joe and putting up vegetables from their 1-acre garden. She loved to cook, especially desserts. She filled her freezer with cakes, cookies and pies for anyone who dropped by to visit or work.

She is survived by her daughters, Gail (Tosh) Temple and Betty Jo (Charlie) Marshall of South Carolina and Cindy ( Chris) Lichtenwalter of Arkansas, six grandchildren, Matt, Jonathan, Jay, Hannah, Callan and Connor and seven great-grandchildren, Brandon, Hailey, Milla, Charlotte, Lucy, Rosaline and Joseph with the eighth to arrive in October. She is also survived by her sister-in-law, Fay Hicks and several nieces and nephews.

In lieu of flowers, the family requests donations be made to the McKenzie church of Christ Benevolence Fund or St. Jude’s Hospital.