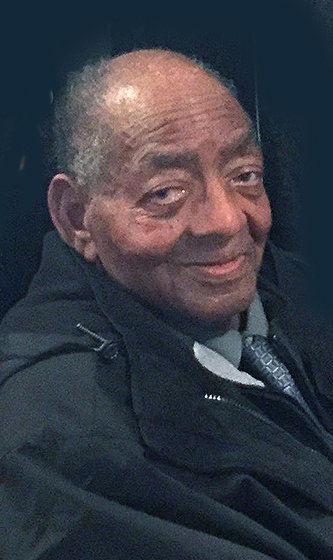 On Sunday afternoon, December 18, 2022, at 3:45 p.m., the Angel of Mercy visited the home of Marvin “Tuggar” Webb and called to rest his bright and loving spirit.  Surrendering from his earthly life was a loving uncle, great-uncle, cousin, and friend.  His soul flew from this world of sin, sorrow, and pain to a place of eternal rest.

Marvin “Tuggar” Webb was born on February 13, 1932, in Lovejoy, Illinois, to the Late John I. Webb and Mattie Mae Bell Webb.  He was the fourth oldest of five children.  He was preceded in death by his parents, two sisters (Zenobia Webb Murphy and Erma Dee Webb), and two brothers (Jewell Webb and Harold Webb).

On October 17, 1952, he joined the United States Army in Huntingdon, Tennessee, (Carroll County) and esteemed two years of service with one year, one month, and twenty-two days in foreign and/or sea service in the Korean War.  Marvin received decorations, medals, badges, commendations, citations, and awards.  Naming a few, he received a Korean SVC medal with two Bronze Stars; a National Defense SVC medal; a Combat Infantry badge; and a UN SVC medal.  He was honorably discharged on October 26, 1954.

Marvin worked many jobs after the United States Army.  He worked for Milan Army Ammunition Plant in Milan, Tennessee, for twenty-five years.  Additionally, he farmed and raised hogs.  Adding a touch of humor to his life, he was known by many in his family as the family dentist, for he pulled many children's teeth with just a knotted string. Also, he was the historian of the Bells, Webbs, and Halls.

Marvin enjoyed many pastimes.  He loved baseball, played on a team in his community called the MTW (McLey, Trezevant, and Wingo) Red Caps, and he was a great pitcher.  He built his own field of dreams (baseball field) on his farm.  Like all his siblings, he was an avid reader, and one could regularly find him reading the newspaper, magazine, or a book.  During his senior years, he began singing songs of testimony about Jesus and his goodness.  Moreover, Marvin loved all his closely-knit family. His cousins were like his own brothers and sisters.  To know Marin was to love Marvin, and all his family loved and will miss him very much.

Marvin “Tuggar” Webb leaves to cherish his memory, one dear sister-in-law, Wilma Webb (Cape Girardeau, Missouri); a special friend, Emma Lee Williams (Trezevant, Tenn.); a special niece and nephew, Colleen Webb Wallace and Greg Webb, who traveled from California to Tennessee and nursed him back to health after his cancer surgery; a special nephew and niece, Harold “Bug” Webb, Jr., and his wife, Linda, who treated their Uncle Tuggar like he was their own parents, traveling from Cape Girardeau to Tennessee at the drop of a hat to very loving care for him; retiring early and moving their Uncle Tuggar into their home with them in Cape Girardeau, and tirelessly and lovingly caring for him; cooking, cleaning, carrying him to doctor appointments, hospitals, rehabilitation, dialysis, back home for special family occasions, and as his last desire, bringing him back to his home in McLemoresville to spend his last days in his home, and doing everything possible to make his life on earth happy and filled with love; three special cousins, Ronnie and Pam Joyner and Charles Lumpkin, Jr.; a loving host of nieces, nephews, great-nieces, great- nephews, cousins, and friends; four caregivers, Linda Sue Pearson, Vernessia White, Maureen Strickland, and Mavis Curtis; and two special friends, Michael Williamson and Ernest Simmons, who helped with the upkeep of his home place and his care.  +