McKenzie — Five McKenzie High School senior ladies were selected to serve in the MHS Homecoming Court with one being crowned as queen during pre-game activities on Friday, January 27. 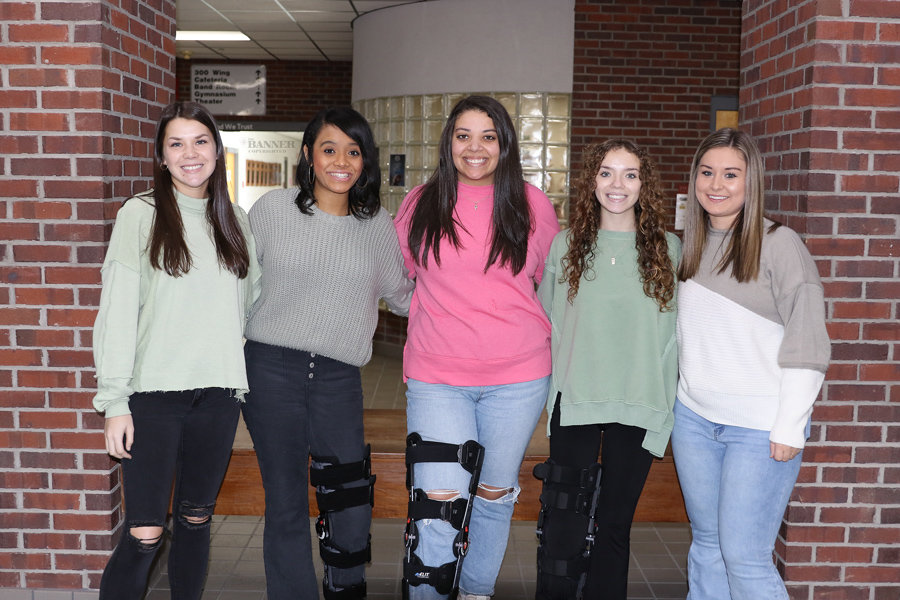 McKenzie — Five McKenzie High School senior ladies were selected to serve in the MHS Homecoming Court with one being crowned as queen during pre-game activities on Friday, January 27.

The week’s activities for students include Monday, Pajama Day; Tuesday, Soccer moms and BBQ dads; Wednesday, Rhyme without a reason; Thursday, Dress Like an MHS teacher; and Friday, Red and Gray Day.

The Friday basketball game is between McKenzie and McEwen.

The Homecoming Court consists of Ashlyn Burnine, daughter of Kevin Burnine and Karen Hickman and Tony Hickman. Ashlyn plans to attend UT Martin and pursue a career in nursing.

Alajah Gilbert is the daughter of LaShonda Williams. She plans to attend MTSU and major in exercise science to become an occupational therapist. She has been a Distinguished Scholar throughout high school, captain of the cheer squad for two years, and is academically ranked tenth in her class. She is a member of Beta Club, Minority Council (president), M Club, FCA, and the sergeant at arms of her senior class.

Madison Gilbert is the daughter of Emily Daily. She plans to attend college to become a dental hygienist.

She was a member of the 2021-22 Lady Rebels state championship team. She participates in YoungLife, Beta, Maniacs, yearbook staff, and library staff.

Hannah Dillingham is the daughter of Phillip and Suzanne Dillingham. She plans to attend a university, play collegiate soccer and pursue a degree in social work.

She was a member of the 2021-22 Lady Rebels state championship team, Lady Rebels soccer team - two-time defensive player of the year, four-year all-district player, and 2021 district MVP. She participates in YoungLife, M Club, and Beta.

Kassidy Brown is the daughter of Justin and Kristi Brown. She plans to attend UT Martin to study pre-veterinary science. She was the MHS soccer team captain for two years and participated in FCA, Beta, Youth Leadership Carroll County, yearbook staff, softball, and M-Club.