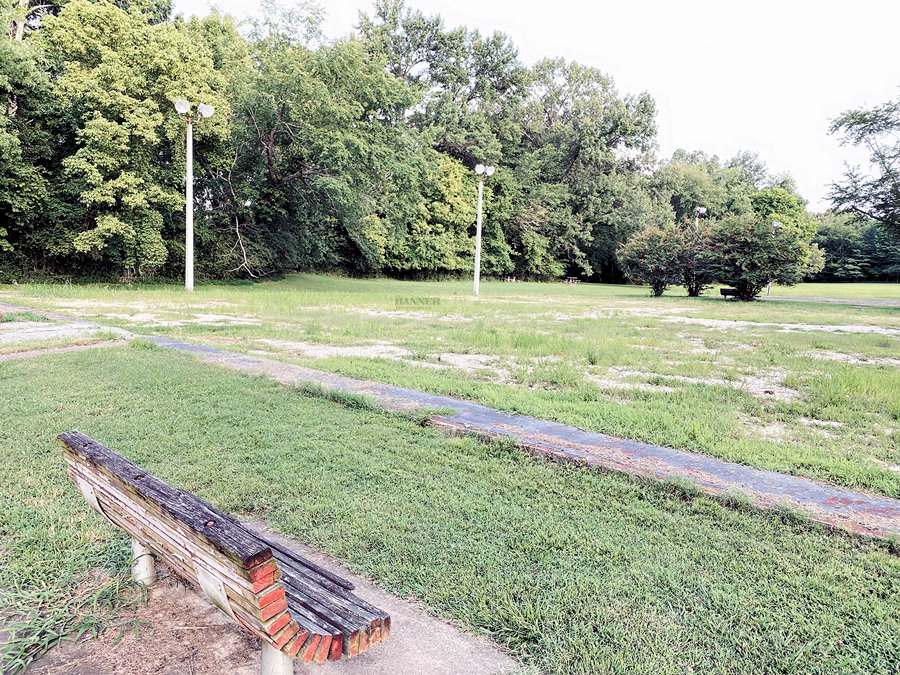 The former tennis courts at City Park were razed and will be the site of new pickleball courts.
Posted Tuesday, August 16, 2022 5:00 pm
McKENZIE (August 15) — McKenzie is seeking bids to construct pickleball courts at the City Park, 570 Como Street.
In the August 16 issue of The McKenzie Banner, the city has a legal notice with specifics to construct multiple courts on the site of the former tennis courts.
Pickleball is one of the fastest growing sports in the United States.
When playing pickleball, each player will need a pickleball paddle, which is smaller than a tennis racket but larger than a ping-pong paddle. Originally, paddles were made only from wood, however, today’s paddles have evolved dramatically and are primarily made of lightweight composite materials, including aluminum and graphite. Players will also need a net and a pickleball. The ball is unique, with holes through it, according to the website, USAPickleball.
A pickleball court is the same size as a doubles badminton court and measures 20×44 feet. In pickleball, the same court is used for both singles and doubles play. The net height is 36 inches at the sidelines and 34 inches in the middle. The court is striped similar to a tennis court with right and left service courts and a 7-foot non-volley zone in front of the net.
The city of Paris recently constructed pickleball courts and held a grand opening in March, 2022.