McKENZIE (November 11) — Continuing a long-standing tradition, McKenzie High School hosted area veterans and presented a program to honor their service to America. The 10 a.m. ceremony on Veterans Day is conducted annually by the Student Government Association and features student presenters, the MHS Band and a featured speaker who served in the military. 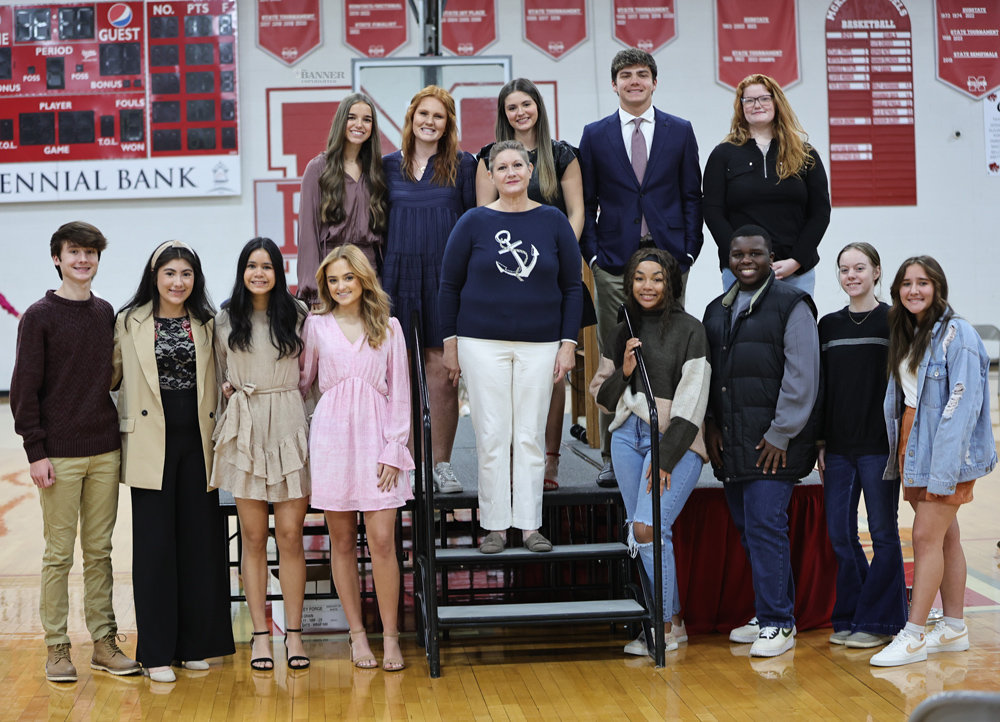 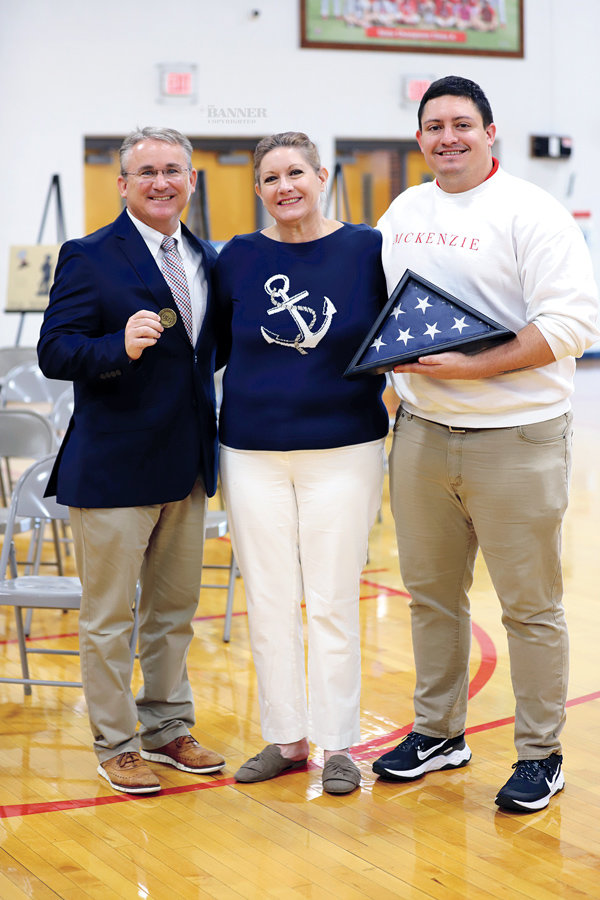 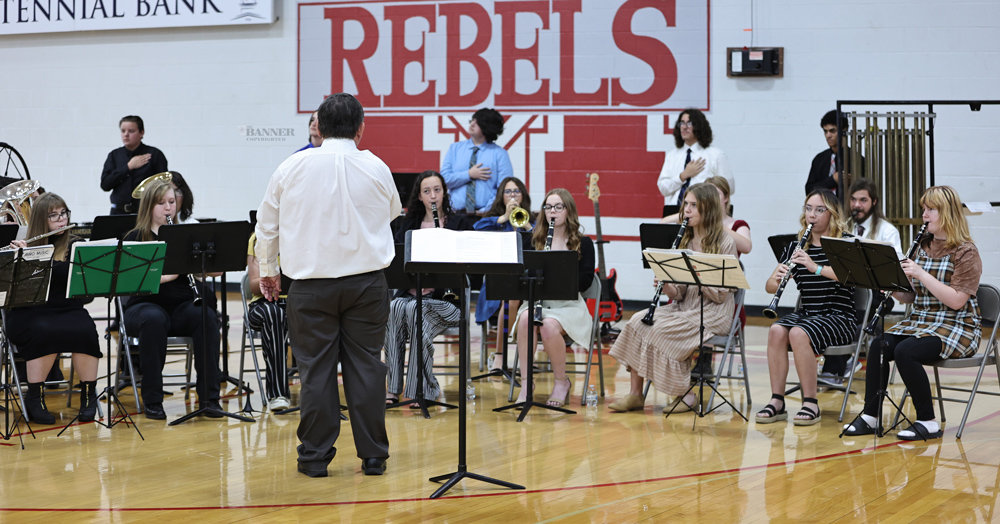 McKenzie High School Band, under the direction of Keith Breeden, performer patriotic music.
Previous Next
Posted Tuesday, November 15, 2022 5:00 pm
McKENZIE (November 11) — Continuing a long-standing tradition, McKenzie High School hosted area veterans and presented a program to honor their service to America. The 10 a.m. ceremony on Veterans Day is conducted annually by the Student Government Association and features student presenters, the MHS Band and a featured speaker who served in the military.
This year’s speaker was Dr. Cheryl Mosley, who had a 20-year career in the U.S. Navy and worked as a nurse at Guantánamo Bay, a Naval base in Cuba.
The U.S. took Guantánamo Bay in 1898 during the Spanish-American War. After Cuba gained independence in 1903, they leased 45 square miles on the bay to the US for construction of a naval station. In 1934, the U.S. and Cuba signed a perpetual lease. The base is surrounded by Cuba, whose relations with the U.S. have been challenging since the Bay of Pigs Invasion by the U.S. and the overthrow of  President Batista by Fidel Castro.
Mosley said she always wanted to be in the military and serve her country. While being stationed stateside for many years, she was transferred to Cuba as a nurse, where she witnessed many Cuban nationals and Haitian nationals seek asylum as they floated ashore or were captured by the American forces in nearby waters. They all wanted a better way of life.
America is the defender of freedom around the world, said Mosley.
Mosley, who holds a doctorate in psychology, asked the students to become a building block of history.
In conclusion of her speech, Mosley presented Kelly Spivey, principal, with a token of service. She also presented her son, Brandon, a shadowbox with an American flag that flew over Guantánamo Bay. Brandon is a teacher of history and sociology at McKenzie High School.
Mr. Kelly Spivey announced the names of the visiting veterans, who were seated at floor level inside the MHS Gym.  For the first time, there were no WWII veterans in attendance.  The late John David Barker attended the 2021 ceremony.