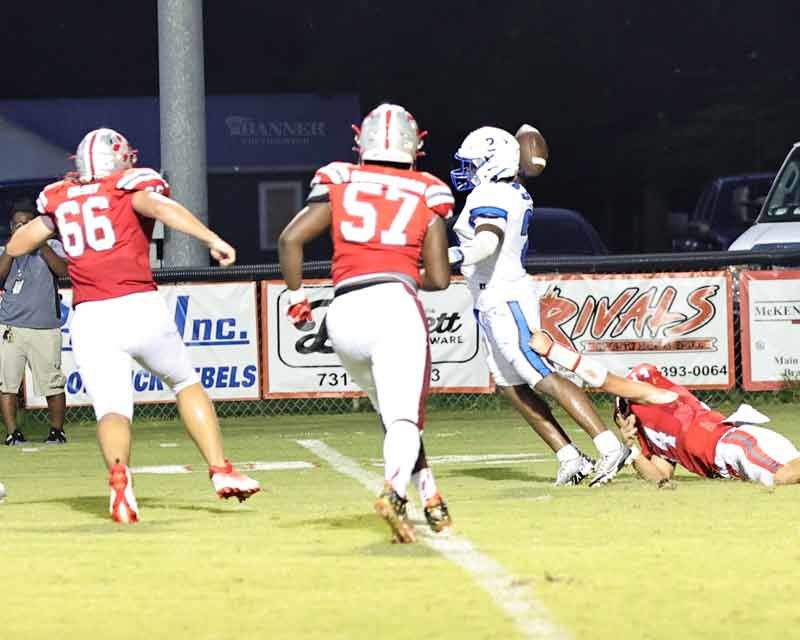 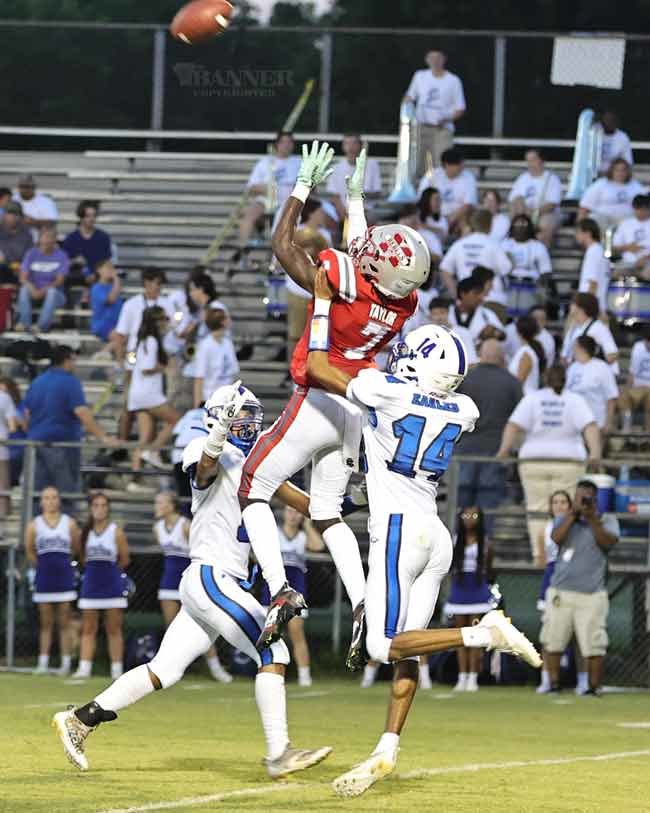 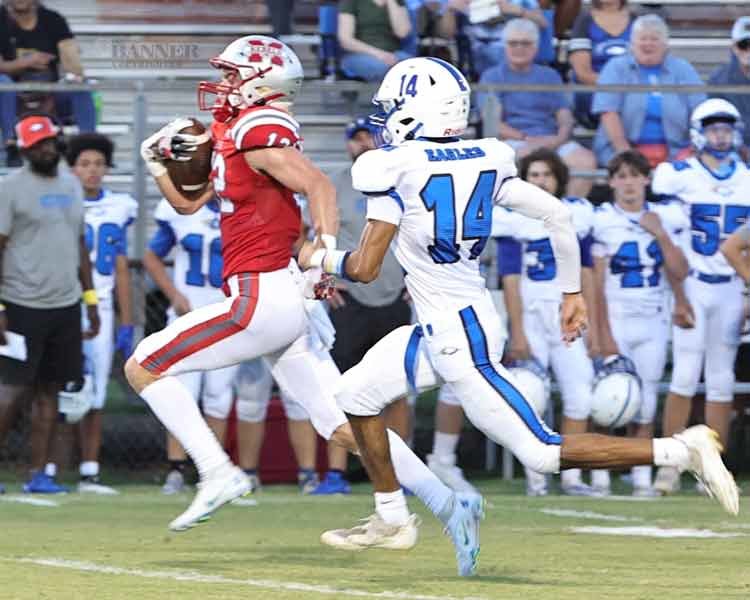 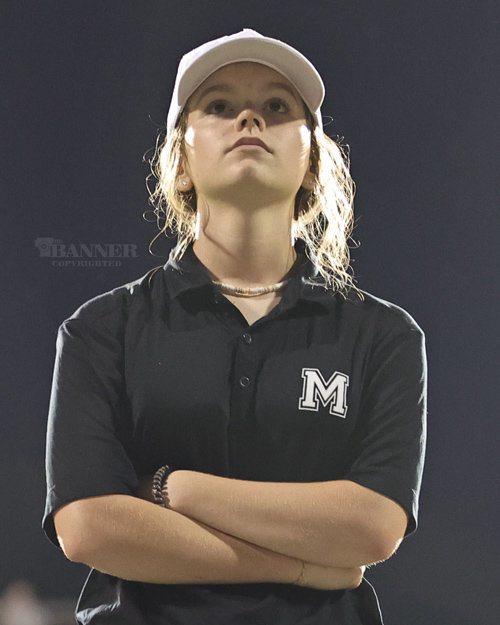 McKenzie Band Field Commander Caidenz Nunnery.
Photo by Joel Washburn/The Banner
Previous Next
Posted Tuesday, August 30, 2022 8:00 am
McKENZIE (August 26) — McKenzie Rebels dominated the visiting Chester County Eagles at Rebel Stadium on Friday, August 26. A deep arsenal of running backs, receivers, with the leadership of a seasoned and accurate quarterback in senior Jackson Cassidy provided the Rebels with the scoring power needed to win the non-district contest, 49-28.
McKenzie’s Marquez Taylor had 219 yards and 4  touchdowns, and an interception at the end zone. Colt Norden had two touchdowns and quarterback Jackson Cassidy had a 42-run for a touchdown. Zach Aird had 7 PATs.
The Rebels set the tone early with a Marquez Taylor two-yard run and touchdown and a Zach Aird point-after attempt (PAT) for 7 points followed by a 63-yard pass-rush by Colt Norden and an Aird PAT for 14 points in the first quarter.
The Eagles narrowed the score in the second quarter with a one-yard run by Chad Barham and a PAT.
McKenzie’s Taylor added two additional touchdowns and Aird added two PATs leaving the score at 28-7 at the half.
Scoring in the third quarter included a 70-yard pass rush by Colt Norden on a pass from Jackson Cassidy. Aird added the PAT.
The Eagles answered with a Judiaz Williamson one-yard run and a PAT to bring the score to 35-14.
Marquez Taylor answered with a 80-yard run and a TD and Aird added the PAT for a score of 42-21.
The Eagles’ Barham earned a 59-yard pass from Schippers. A PAT made the score 42-21.
The final quarter scoring was a Jackson Cassidy 42-yard run and Aird PAT followed by a Eagles TD by Hunt Pipkin 18-yard pass rush and a PAT for a final score of 49-28.
In passing, Cassidy was 8 of 14 for 218 yards and Tate Surber’s one pass for 37 yards.
In rushing, Taylor had 219 yards, Norden, 66; Cassidy 47, and Brady Brewer 10.
David Cheney and Marquez Taylor each had an interception.
This Friday, McKenzie plays South Fulton at 7 p.m. Homecoming pre-game is 6:30 p.m.