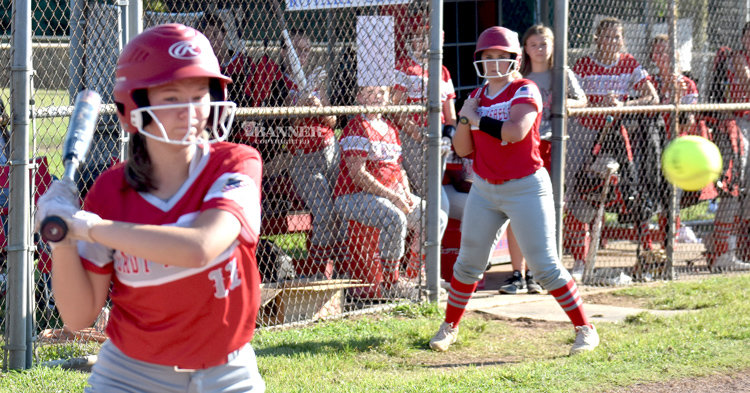 Aurora Johnson (11) at the plate for the Lady Rebels. 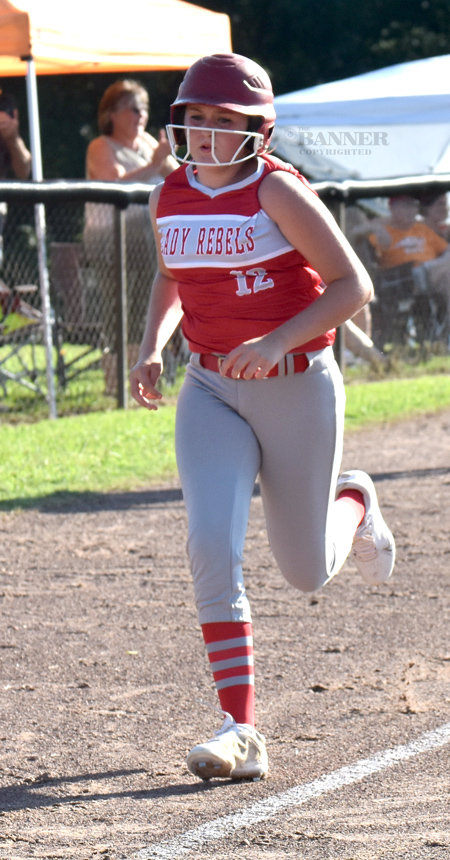 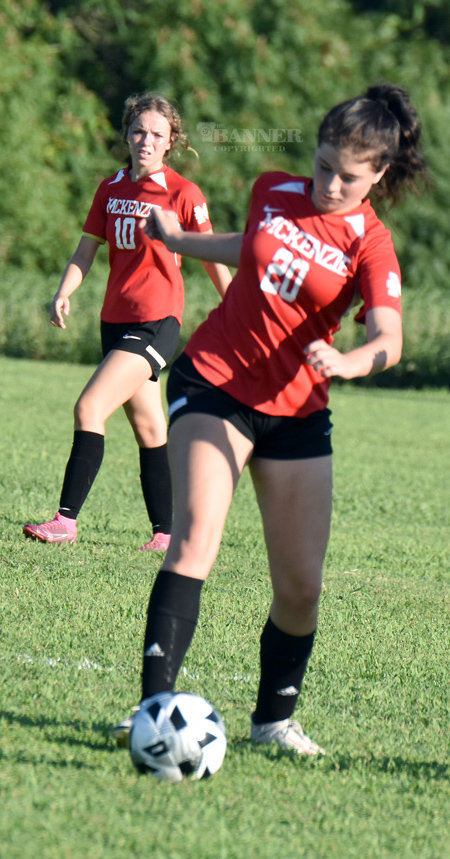 Laken Fisher (20) works the ball against the Lady Lions.

McKenzie High School Soccer
The Lady Rebel soccer played host to Scotts Hill on Thursday, August 18 at home losing 2-1. Kassidy Brown scored the lone goal for McKenzie. Goalie Katie Chesser had eight saves during the contest. Their next contest will be Thursday, August 25, against Crockett County at home starting at 5:30 p.m.

McKenzie Middle School Softball
The Lady Rebels started their season with a pair of cancellations and lost to Paris Inman 7-0 and defeated Huntingdon 4-1. They hosted Dresden on Thursday, August 18, winning 3-2 while the JV team won 5-2. Their next games are Monday, August 22, at Henry County and Tuesday, August 23, at Bruceton.