ATWOOD (November 17) — McKenzie Middle made the short trip to West Carroll for a basketball night with the two teams splitting games. 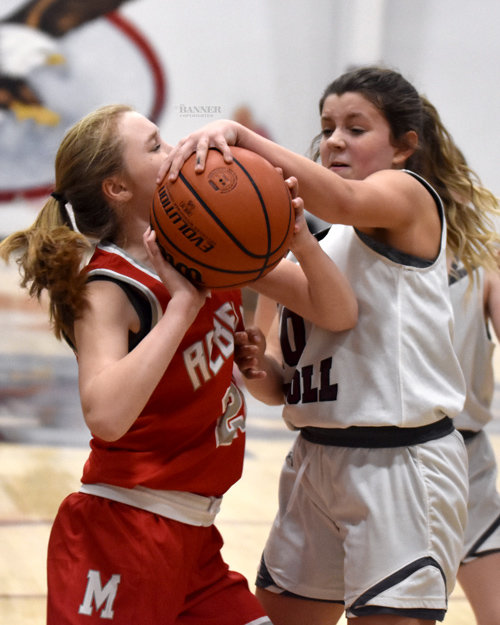 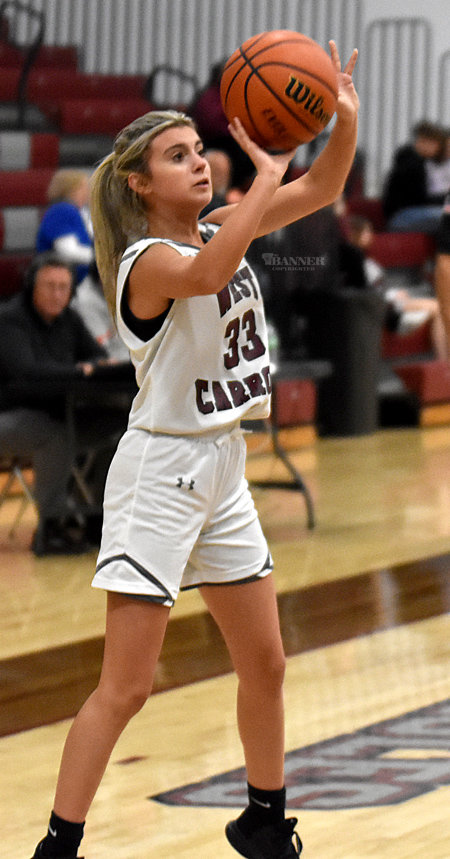 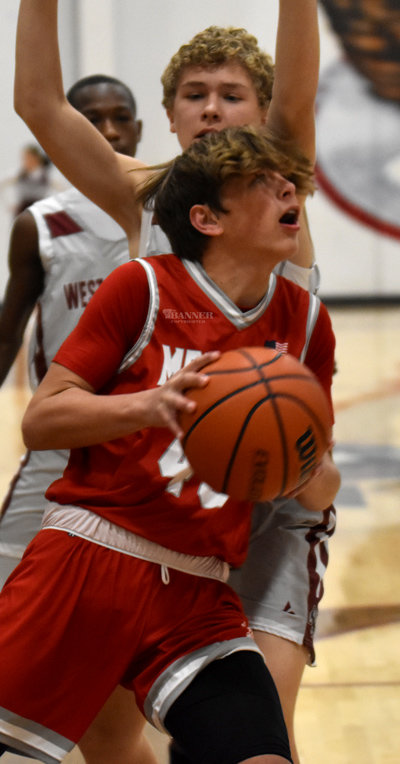 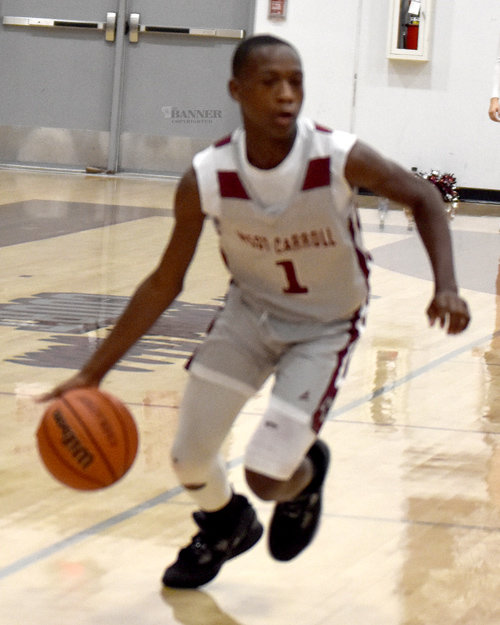 West Carroll’s Darion Taylor (1) drives the lane against McKenzie.
Previous Next
Posted Tuesday, November 22, 2022 3:25 pm
By Jim Potts
jpotts@mckenziebanner.com
ATWOOD (November 17) — McKenzie Middle made the short trip to West Carroll for a basketball night with the two teams splitting games.
The Lady Rebels and Lady War Eagles started slow with West Carroll taking a 10-4 lead by the end of the first period. Both teams picked up the tempo in the second period with McKenzie outscoring West Carroll 10-8 but the Lady War Eagles still led 18-14 at halftime.
Both teams went back and forth in the top half of the third period and the game was tied 20-20 with 3:30 left in the period. McKenzie took their first lead late in the third period and led 33-28 heading into the final period. The fourth and final period saw the Lady Rebels outscore the Lady War Eagles 8-3 to secure a 41-32 win.
Lady Rebel Jaycee Stafford led all scoring with 28 points. Madeline Gottshall added nine points while Kynadie Brown and Aurora Johnson chipped in two points each.
Taylor Robinson led the Lady War Eagles with 13 points followed by Gracelyn Vernon with seven points. Grace Coleman and Airyanna Metcalf added four points each while Aubrey Hammett and Chloe Rimmer chipped in two points each.
The boys game started out a bit slow but turned into a barn burner before it was over. The War Eagles opened up an early 6-2 lead in the first period and extended it to 13-6 by the end of the period. Both teams heated up in the second period with West Carroll outscoring McKenzie 14-10 to take a 27-16 halftime lead.
It was the third period when the Rebels outgunned the War Eagles 15-8 to make a tighter game heading into the fourth period with West Carroll leading 35-31. Both teams were chilly shooting in the final period with the Rebels outscoring the War Eagles but not enough to win the game. West Carroll won 41-38.
Nolan Fawcett and Cole Brown led the Rebels with 11 points each while Avery Brown and Jacobi Melton had eight points each.
Jace Hammett led all scorers with 20 points while Darion Taylor had 11 points for the War Eagles. Parker Bosley added six points and Trey Williamson had three points. Jack Robinson chipped in a point for West Carroll.