McKENZIE — The McKenzie Middle School Lady Rebels and Rebels got their basketball season underway on Tuesday, October 18, winning both games against Dresden Middle School. The Lady Rebels wasted no time building a commanding lead over the Lady Lions in the first period leading 13-4 at the end of one period. 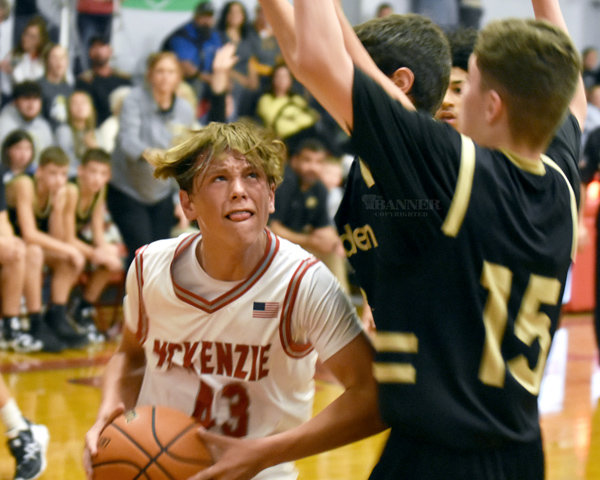 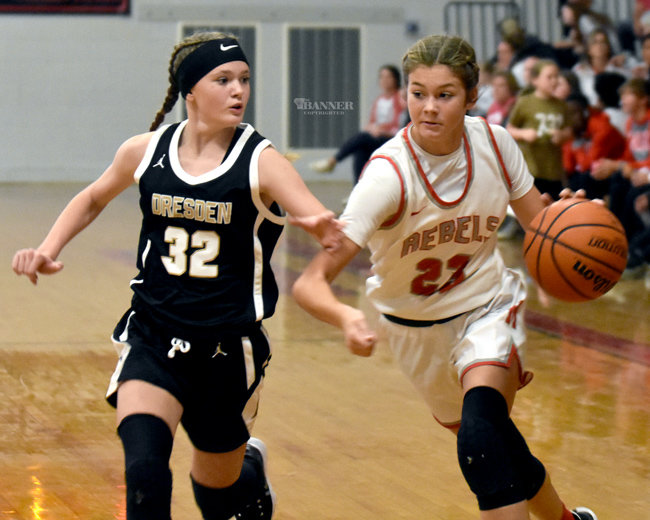 Jaycee Stafford (23) drives for a basket against Dresden.
Photo by Jim Potts/The Banner 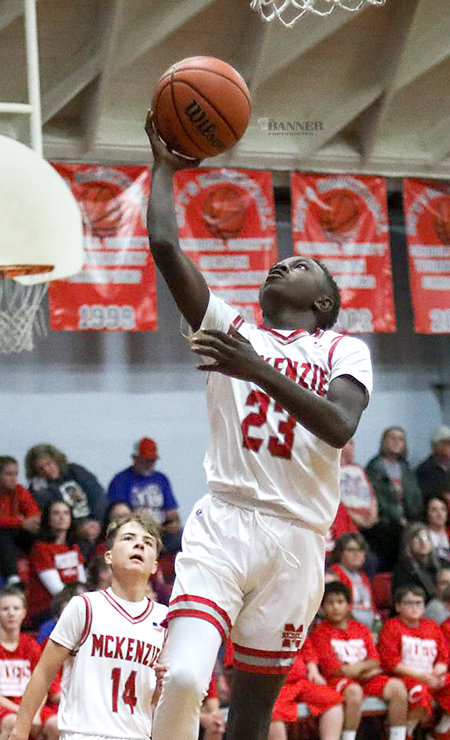 Jacobi Melton gets an open layup.
Photo by Tammy Graves 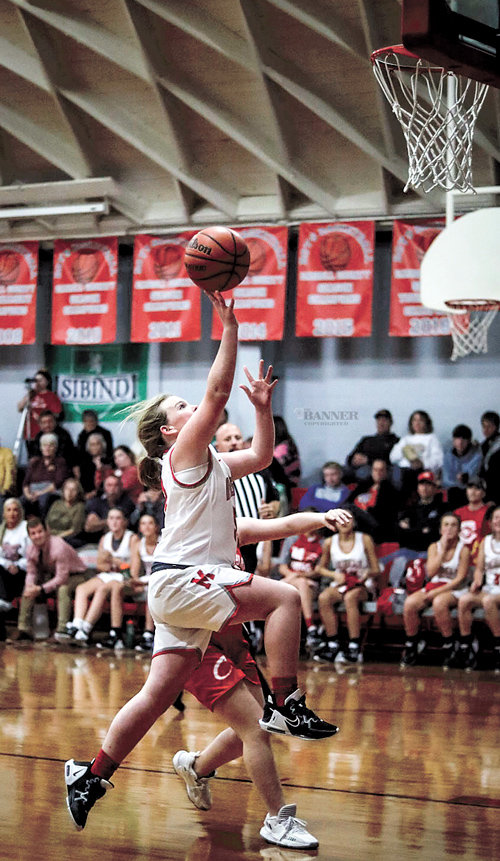 Ridley Holt takes a shot in McKenzie Middle’s opening game.
Photo by Tammy Graves
Previous Next
Posted Tuesday, October 25, 2022 1:09 pm
McKENZIE — The McKenzie Middle School Lady Rebels and Rebels got their basketball season underway on Tuesday, October 18, winning both games against Dresden Middle School. The Lady Rebels wasted no time building a commanding lead over the Lady Lions in the first period leading 13-4 at the end of one period.
McKenzie kept the pressure on building a 23-5 lead halfway through the second period and led 26-9 at halftime. The Lady Rebels held Dresden to one point in the third period while scoring nine points to lead 34-10 headed into the final period. With a running clock in the fourth period, both teams played numerous younger players with the Lady Rebels getting two more baskets and holding Dresden scoreless for a 38-10 win.
Jaycee Stafford led the way with 16 points followed by Addison Milam with seven points. Madeline Gottshall and Braylin Auvenshine had four points each. Aurora Johnson added three points from the free throw line. Alleigh Britt and Ridley Holt chipped in two points each for the Lady Rebels.
The Rebels and Lions got off to a fast start with McKenzie leading 16-10 after one period. The Lions outscored McKenzie 6-4 in the second period to make it a 20-16 contest at halftime in favor of the Rebels.
The third period saw McKenzie outscore Dresden 9-4 for a 29-20 lead headed into the final period. The Rebels maintained their lead in the final period with an 8-5 effort to reach the 37-25 final.
Cole Brown and Jacobi Melton led the way with nine points each followed closely by Nolan Fawcett with eight points. Lelan Gordon and Avery Brown had six and five points respectively.