McKenzie Middle’s Rebel football wrapped up their season with two road trips to Gibson County on Thursday, September 22 and Camden on September 29. 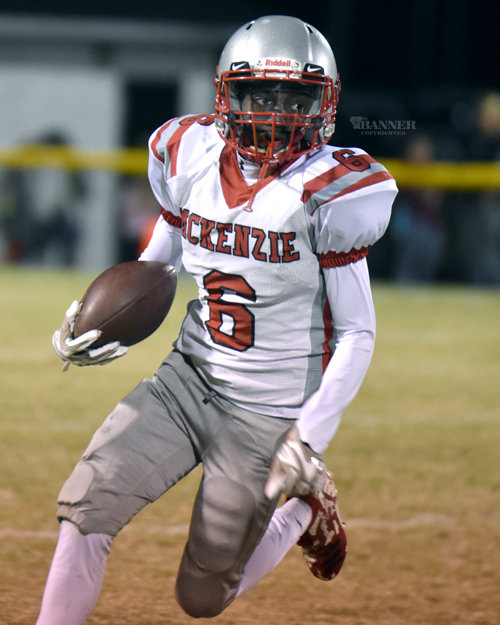 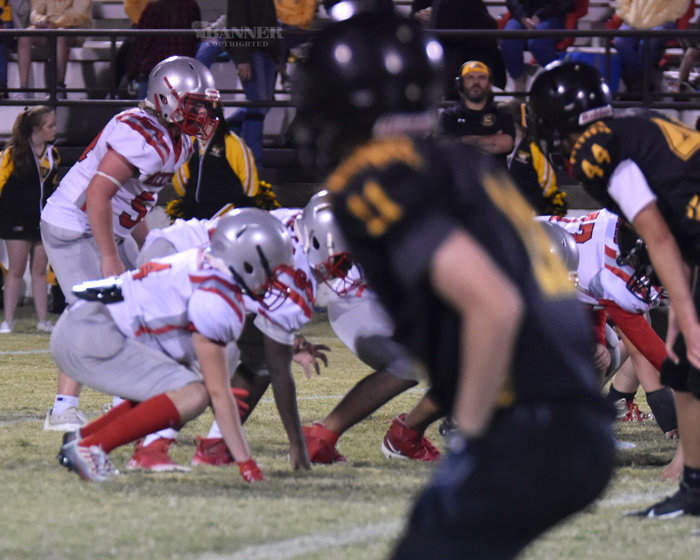 Maddox Sheill (54) lined up in the Rebel backfield.
Photo by Jim Potts/The Banner
Previous Next
Posted Tuesday, October 4, 2022 2:44 pm
By Jim Potts
jpotts@mckenziebanner.com
McKenzie Middle’s Rebel football wrapped up their season with two road trips to Gibson County on Thursday, September 22 and Camden on September 29.
Gibson County
The two teams went toe to toe in the first half with neither team scoring by halftime. Gibson County scored first in the third quarter on a toss sweep with the 2-point conversion good for an 8-0 Pioneer lead. The Rebels answered with a 22-yard touchdown pass from Cole Brown to Jacobi Melton. A two-point conversion pass from Brown to Avery Brown tied the game 8-8 headed into the fourth quarter.
The Pioneers scored a go-ahead touchdown on a reverse with the 2-point conversion no good but took a 14-8 lead. McKenzie was not able to answer the score and lost the game 14-8.
Camden
The Middle School Rebels made the trip to Camden Middle for their season finale winning 18-6 finishing their season with a 6-1 record.
The first quarter went scoreless as both teams tested each other’s defense. Just barely into the second quarter, the Rebels recovered a fumble deep in Camden territory and put it in the endzone shortly after. Maddox Sheill ran it in for the score with 6:03 left in the second quarter but the 2-point conversion attempt was no good for a 6-0 McKenzie lead. Shortly before halftime, Cole Brown scored on a quarterback keeper with the 2-point conversion no good making the score 12-0 in favor of the Rebels.
McKenzie took the ball first to start the third quarter and went four and out giving the ball to the Lions on downs near midfield. Camden went to the air for a quick 53-yard touchdown pass with 2:31 left in the third quarter. Their two-point conversion was no good cutting the Rebels’ lead in half 12-6.
The Rebels answered the Lion score with one of their own as Cole Brown connected with Avery Brown for a 54-yard touchdown pass with 1:17 left in the third quarter. The 2-point conversion attempt was no good for a 18-6 score at the end of three quarters.
The fourth quarter saw the two teams swap possessions but neither threatened to score as the game ended with a McKenzie win.