UNION CITY (October 28) — The Huntingdon Mustangs picked up a huge Region 7-2A win Friday night against the Union City Golden Tornadoes. The 27-20 victory put the Mustangs in second play in the region behind Westview with both teams hosting the first of the TSSAA playoffs. 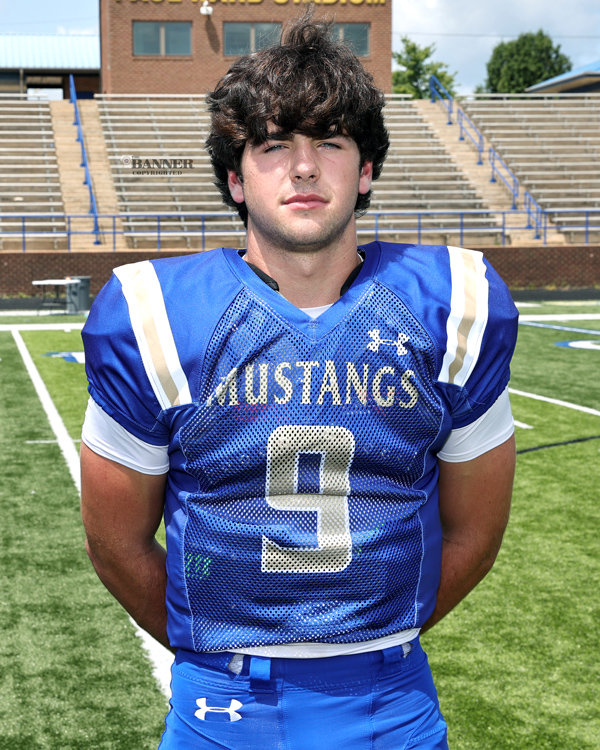 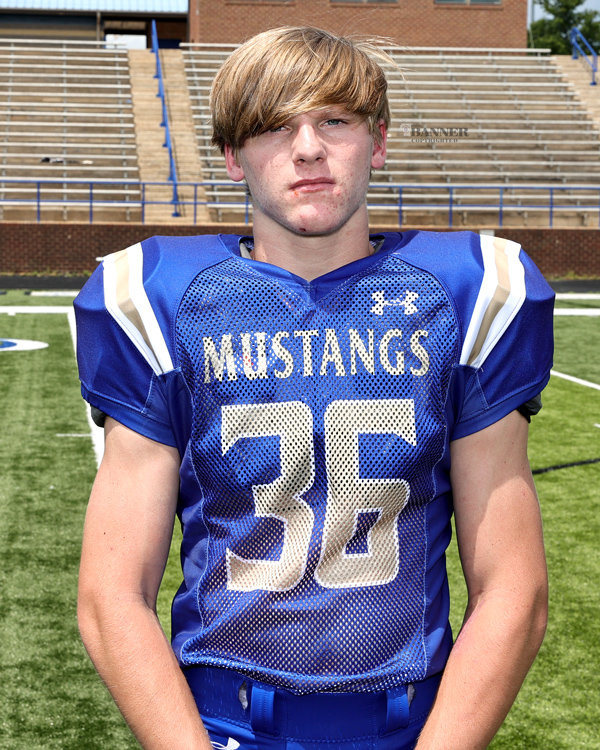 C.J. Pelonero
Previous Next
Posted Tuesday, November 1, 2022 3:02 pm
UNION CITY (October 28) — The Huntingdon Mustangs picked up a huge Region 7-2A win Friday night against the Union City Golden Tornadoes. The 27-20 victory put the Mustangs in second play in the region behind Westview with both teams hosting the first of the TSSAA playoffs.
In a game that was a battle of attrition, Huntingdon found itself trailing for the majority of the game before tying the score in the third quarter. With little time on the clock, the Mustangs broke the tie and came home the victors.
Huntingdon ran 47 plays picking up 13 first downs while Union City ran 48 plays with 17 first downs. Penalties were costly for the Mustangs as they were flagged for 70 yards versus the Golden Tornadoes with 25 yards.
The Mustangs won the coin toss and deferred to the second half. Union City slowly marched the ball down the field 87 yards picking up three first downs and a touchdown with 7:05 to play in the quarter. Finn Frankum tacked on the point after attempt putting the Golden Tornadoes up 7-0.
Huntingdon had a good field position on their opening offensive drive, but a holding penalty forced the Mustangs into a fourth-and-long punting situation. On Union City’s first play from the line of scrimmage they fumbled the ball and Huntingdon’s Aston Hutcherson recovered it for the Mustangs.
Huntingdon’s time of possession was short-lived as they fumbled on second-and-five with Union City recovering the loose ball.
It looked as if the Golden Tornadoes were going to pick up a second touchdown following the turnover recovery. Picking up three first downs and moving the ball 63 yards, the Mustang defense forced Union City to turn the ball over on downs for fourth-and-goal from the Huntingdon six-yard line.
The Mustangs’ first possession in the second quarter showed promise. They picked up their first first down and had crossed midfield following big plays by Gray Eubanks, Hutcherson and Elijah Flowers. On third and seventeen, Eubanks completed a pass to C.J. Pelonero. Following the catch, the officials, in what was a highly questionable call, ruled Pelonero fumbled the ball and Union City recovered.
Union City scored on their next possession taking a 14-0 lead and leaving 32 seconds to play in the opening half. The Mustangs returned the kickoff to near midfield and tacked on a few extra yards following Golden Tornado face mask penalty. Eubanks and Pelonero teamed for 21 yards and a first down with 10 seconds to go. On first-and-ten from the 12-yard line, Eubanks on a quarterback keeper crossed the goal line. The PAT was no good as Union City led 14-6 to close the half.
The Mustang touchdown at halftime changed the momentum of the game. To open the second half, the Mustangs fielded the pooch kick near midfield. A series of pass completion from Eubanks to Flowers and Pelonero put Huntingdon inside the red zone. On fourth-and-goal Eubanks hit Hutcherson for the TD. Eubanks called his own number on the two-point conversion tying the score 14-14 with 6:37 to play in the third quarter.
To start the fourth quarter, Huntingdon took the lead 20-14 off a Eubanks TD. Union City tied it back up at 20-20 with 8:23 to play. At the 3:06 mark, Eubanks scored his fourth touchdown of the night. Cole Chafin added the extra point as the Mustangs marked their eighth win of the season with the 27-20 victory.
The win put Huntingdon in second place in Region 7-2A behind Westview. Huntingdon closes the regular season with an 8-2 record and a region record of 4-1. During the season, the Mustangs defeated Jackson South-Side, Camden, Riverside, Houston County, Milan, Gibson County, Peabody and Union City. Their two losses came at the hands of McKenzie and Westview.
The Mustangs (8-2) open the 2022 playoffs at home against Memphis Mitchell (6-4) next Friday at 7 p.m. The winner plays the winner of the Camden (4-6) and Fairly (9-0). If Huntingdon makes it to the quarterfinal round, in all likelihood they would face Westview a second time this season.