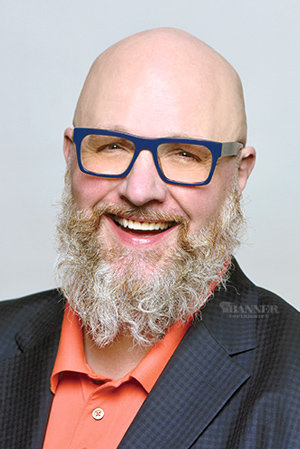 Peter Noll
Posted Tuesday, January 3, 2023 5:00 pm
Members of the West Tennessee Public Television Council, Inc. announce the appointment of Peter Noll as the station’s new general manager and CEO. Noll begins at West Tenn. PBS (WLJT-TV) January 2023.
“We are thrilled to welcome someone with Peter’s experience and enthusiasm to the West Tenn. PBS Team,” says Rodney Freed, president of the West Tenn. PBS Board of Directors, “His passion for television and community is contagious and will serve our viewers, members and community well into the future.”
Noll’s appointment comes after an extensive national search, involving several outstanding applicants. He brings more than 28 years of experience working in the television industry at some of the county’s top media companies.
“I’m very honored to be joining the wonderful team at West Tenn. PBS,” says Noll, “I believe in PBS’ programming and the station’s commitment to our community and look forward to building on their great achievements.”
Noll has an extensive background in TV production, marketing, and management. Most recently he was the general manager at WNBJ, the local NBC and CW stations in Jackson, Tenn. Noll also worked at ABC/Disney Television in Burbank and at KHOU in Houston, WEWS in Cleveland, KCRA in Sacramento and at KJRH and KOTV In Tulsa among others. He began his career as a newscast producer at KGAN in Cedar Rapids, Iowa.
Noll, a life-long viewer of PBS, earned his undergraduate degree in Journalism from the University of St. Thomas in St. Paul, Minnesota and a Master of Organizational Leadership from Woodbury University in Burbank, California.
ABOUT WEST Tenn. PBS
West Tenn. PBS is a member-supported, community licensed, PBS station and is operated by the West Tennessee Public Television Council Inc. West Tenn. PBS has three broadcast channels providing an array of high-quality programming along with a strong digital and community presence, reaching 200 thousand households across 18 counties in West Tennessee.
A trusted community resource for over five decades, West Tenn. PBS provides a world of learning and discovery through quality programming, educational services, and online information that educates, inspires, and entertains.