Parish Retires After 16 Years as Judge 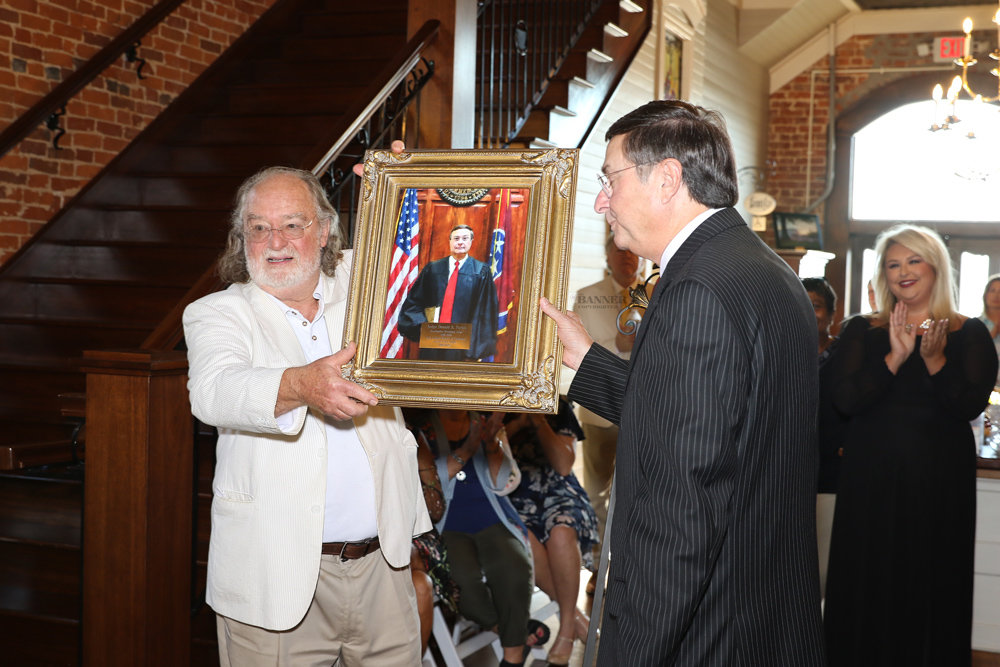 Steve West and Donald Parish unveil a portrait of Donald Parish that will be displayed in the Carroll County Courthouse. In the background is Caroline Parish. 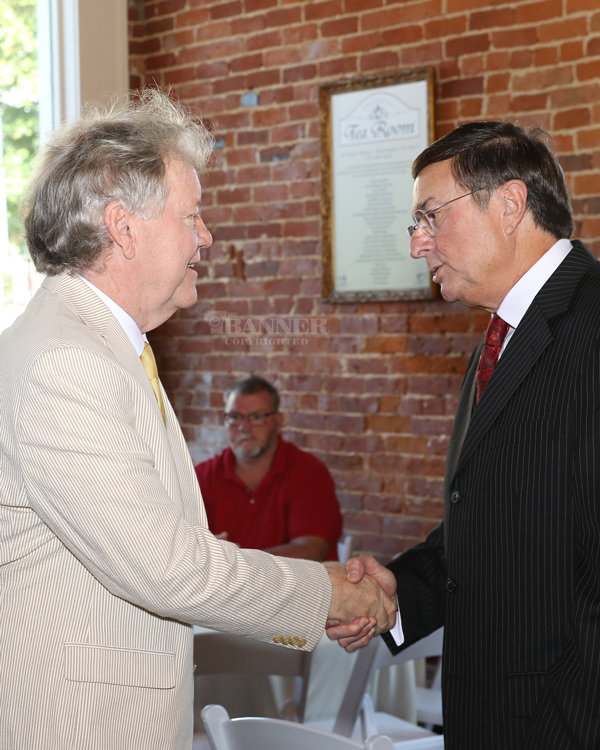 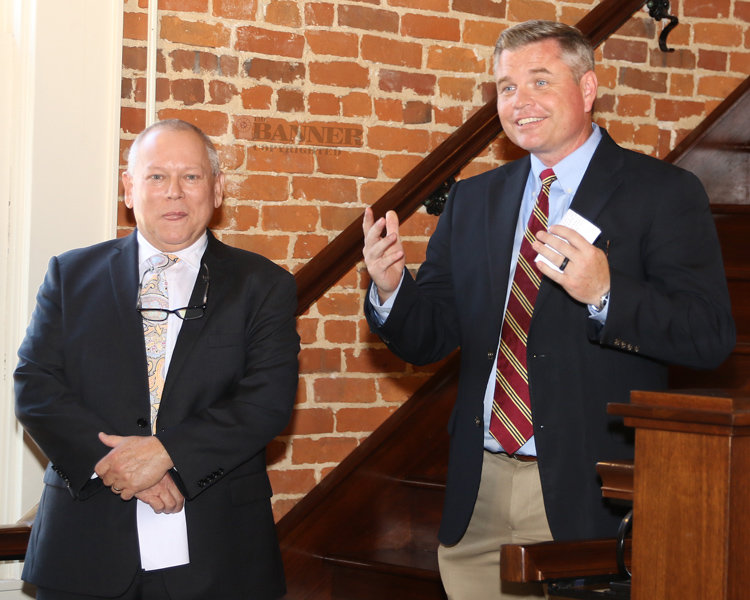 Matt Maddox and Michael King speak about Donald Parish’s service.
Previous Next
Posted Tuesday, August 23, 2022 5:00 pm
HUNTINGDON (August 18) — Donald Parish, one of two judges of the Circuit Court of the 24th Judicial District is retiring August 31 after 16 years on the bench. The Huntingdon native served the five-county area of Carroll, Henry, Decatur, Hardin and Benton counties. He did not seek another eight-year term of office.
Circuit Courts are courts of general jurisdiction in Tennessee. Circuit court judges hear civil and criminal cases and appeals of decisions from Juvenile, Municipal, and General Sessions Courts. The jurisdiction of circuit courts often overlaps that of the chancery courts. Criminal cases are tried in circuit court except in districts with separate criminal courts established by the General Assembly.
Parish is a graduate of Huntingdon High School, U.T.-Martin, and the U.T. School of Law.  He is a member of Huntingdon Missionary Baptist Church. He and wife, Cathy, have one daughter, Caroline, who is also an attorney.
During a retirement reception Thursday afternoon at the Colonial Room in downtown Huntingdon, Parish was greeted by members of the judiciary, law enforcement officers, and community members. Circuit Court Clerk Sarah Bradberry and her staff organized the event.
Matt Maddox, president of the Carroll County Bar Association, served as the master of ceremonies and introduced Parish’s former law partner, Michael King, John Everett Williams, judge in the Tennessee Court of Criminal Appeals, attorney Steve West, and Roger A. Page, chief justice of the Tennessee Supreme Court.
King, the younger law partner of Parish, said Parish taught him so much. He noted, that other than his own father, Parish has done so much for him.
Williams and West praised Parish for his service, fairness and service to the community
Parish was the last to speak. He thanked those who attended. He said he is accepting the job as deputy gardener at his home with his wife, who he married in 1985. He noted Caroline’s birth in 1993 was the greatest blessing in their lives.
“Words fail me,” said Parish of the event. He noted he is so blessed to call Huntingdon, Carroll County, and the 24th Judicial District as his home.
Administration of the law takes lots of time, said Parish. One must immerse himself to be effective. He noted that senior attorneys Robert Keeton, II, Kent Jones, and Robert “Gus” Radford, all of whom are still practicing, were his mentors. Parish thanked his colleagues and members of the court.