Rebels are 8-0 After Win Over Gleason

McKENZIE (October 7) — McKenzie claimed a 56-0 victory over visiting Gleason on Friday, October 7 and the Rebels moved to 8-0 on the season and 4-0 in the region.

Rebels are 8-0 After Win Over Gleason 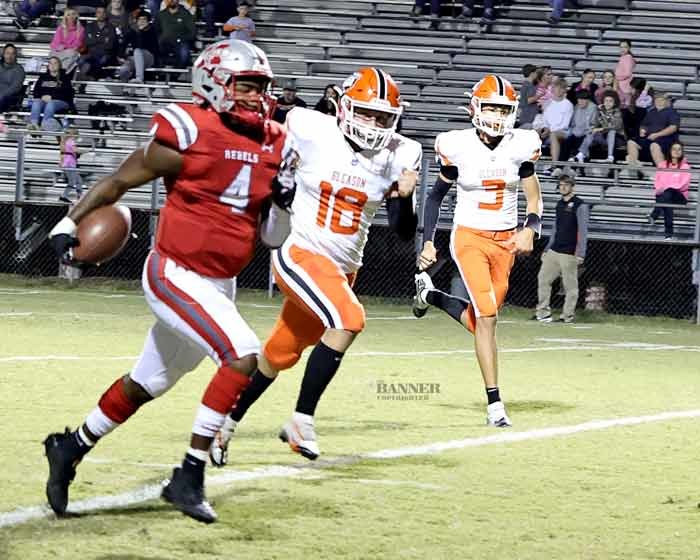 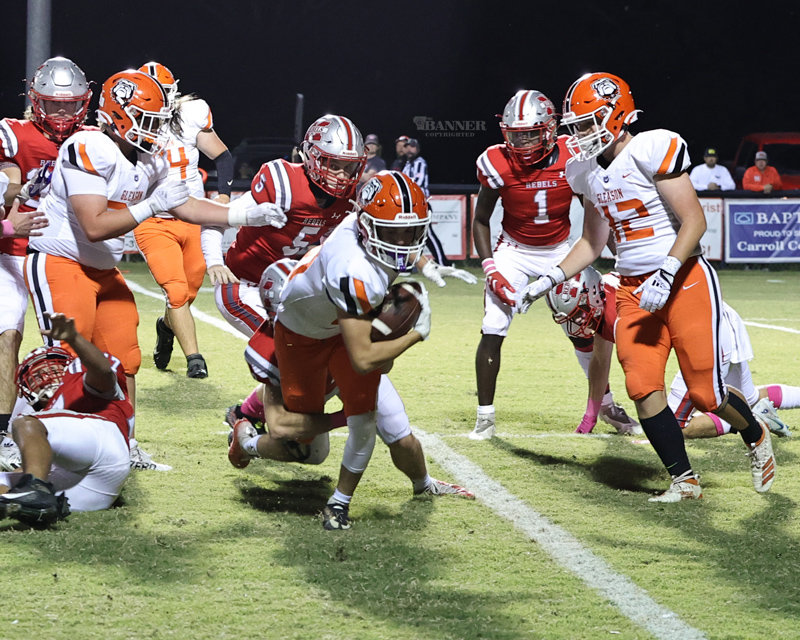 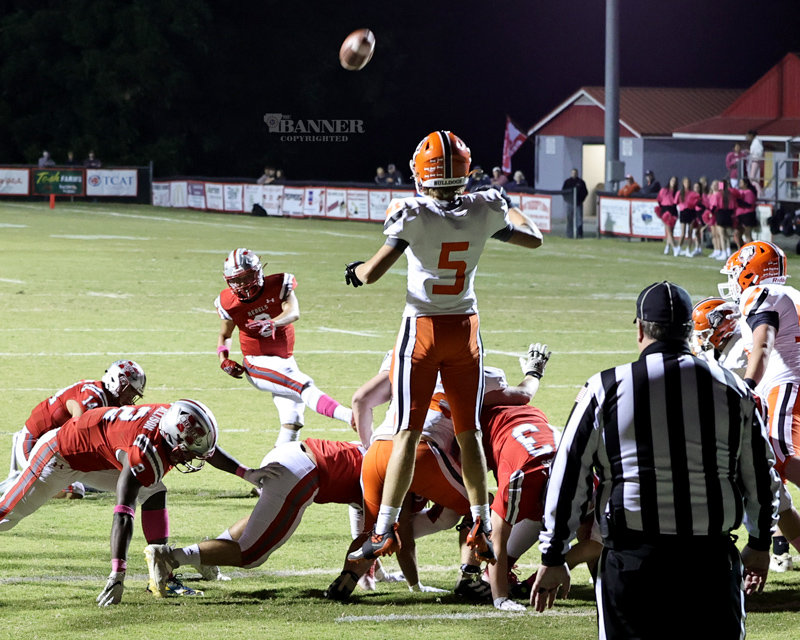 Zach Aird boots one of his eight point-after-touchdown points.
Previous Next
Posted Tuesday, October 11, 2022 3:17 pm
McKENZIE (October 7) — McKenzie claimed a 56-0 victory over visiting Gleason on Friday, October 7 and the Rebels moved to 8-0 on the season and 4-0 in the region.
The powerful Class 1A home team dominated the contest from the beginning, but to Gleason’s credit, the team had positive yardage, unlike the Rebels’ opponents in the previous two weeks.
Zay Webber had four of the eight touchdowns. The Rebels scored three touchdowns in the first quarter; Zay Webber on a 40-yard pass-rush from QB Jackson Cassidy; Webber on a 60-yard pass-rush from QB Cassidy, and Marquez Taylor on a 37-yard pass-rush.
Stafford Roditis scored the first touchdown in the second quarter on a 10-yard pass from Cassidy; Webber followed with a 38-yard pass from Cassidy and a 45-yard pass from Cassidy. Brady Brewer had a one-yard run touchdown. Dalton Hatley scored the lone touchdown in the third quarter on a 51-yard pass from QB Tate Surber. Neither team scored in the fourth quarter.  The third and fourth quarters were each shortened to eight minutes in length with a running clock.
Zach Aird was perfect with eight point-after-touchdown kicks for eight total points.
Jackson Cassidy had eight of 11 completed passes for 229 yards and five touchdowns. Tate Surber was one of two on passes for 51 yards and one touchdown.
McKenzie had 31 total plays, 416 total yards, 280 passing yards and 136 rushing yards.
Gleason had 45 plays for 105 yards, of which 12 were passing yards. Kyzer Crochet is the Gleason QB.
On rushing, Marquez Taylor had 65 rushing yards and 1 TD; Jackson Cassidy had 2 carries for 35 yards, Brady Brewer had 6 carries for 17 yards and a TD.
MHS receiving included Webber with 4 for 183 yards and 4 TDs; D. Hatley had 1 for 51 yards and a TD; Landon Brown had 1 for 21 yards; Z. Aird had 1 carry for 13 yards; and S. Roditis had 1 reception for 10 yards and a TD.
GHS receiving was one by Garrett Pinkston for 1 reception and 12 yards.
MHS tackles include Hatley with 4 and one assist; L. Brown with two; Drew Chappell with 2 and one assist; Daniel Latimer with 2 tackles and one assist; Jake Cassidy with two tackles; Ace Fisher with two tackles, one sack for a loss; Jackson Cassidy 1 tackle and 1 assist; Tate Surber with 1 tackle; M. Taylor had 1 tackle; E. Tharpe had 1, Mason Batten had 1 and 1 assist; David Cheney with 1 tackle and 1 assist; M. Teague had 1 tackle;
GHS tackles included Tristan Chandler with 3; Austin Clark with 1, Garrett Pinkston with 1; Blake Inman with 1.
Stafford Roditis had one punt for 40 yards for the Rebels, and Aiden Legens had 5 punts for an average of 39 yards.
McKenzie has a bye date on Friday, October 14.