HUNTINGDON (August 19) — The 2022 season for the McKenzie Rebels started with a bang Friday night as the Rebels picked up a 34-12 week one win over in-county rival Huntingdon. In their 92nd meeting, McKenzie’s speed on both sides of the ball left Huntingdon in search of an answer. Just as Mustang Head Coach Eric Swenson said in pregame interviews, “Speed kills,” Huntingdon’s home opener wish died with the opening kickoff. 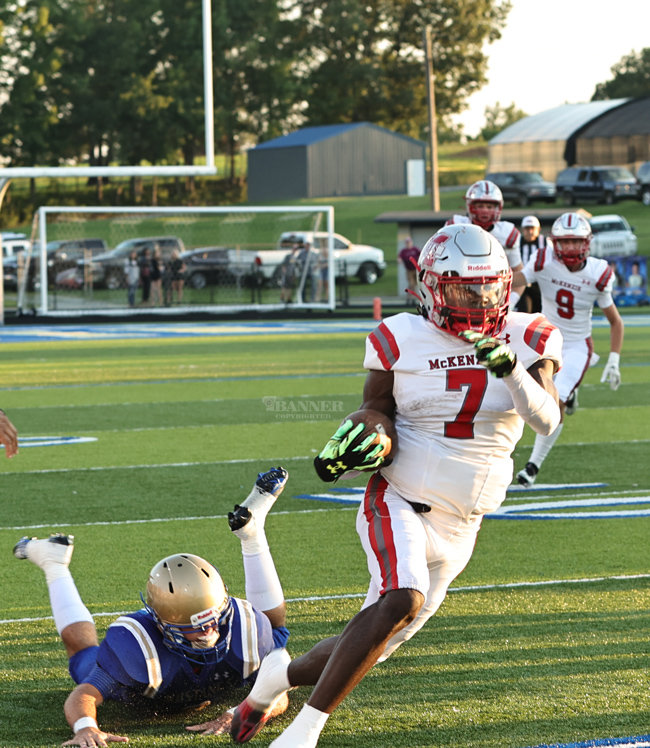 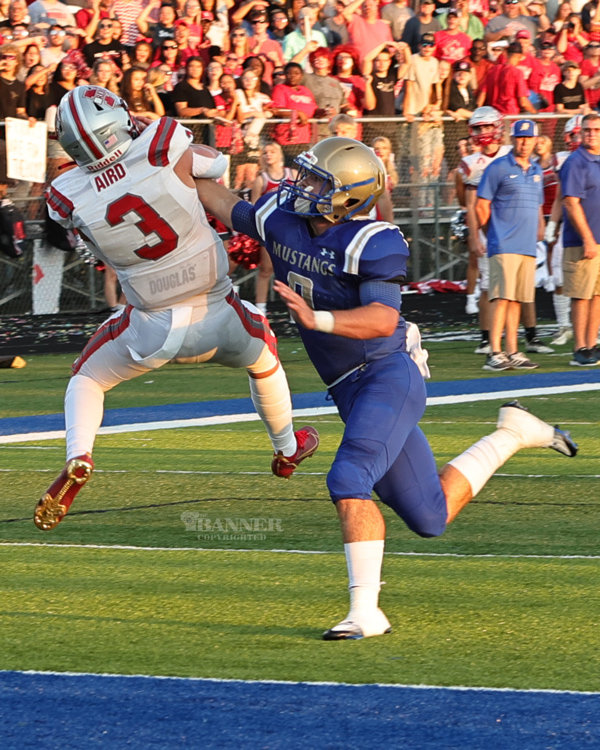 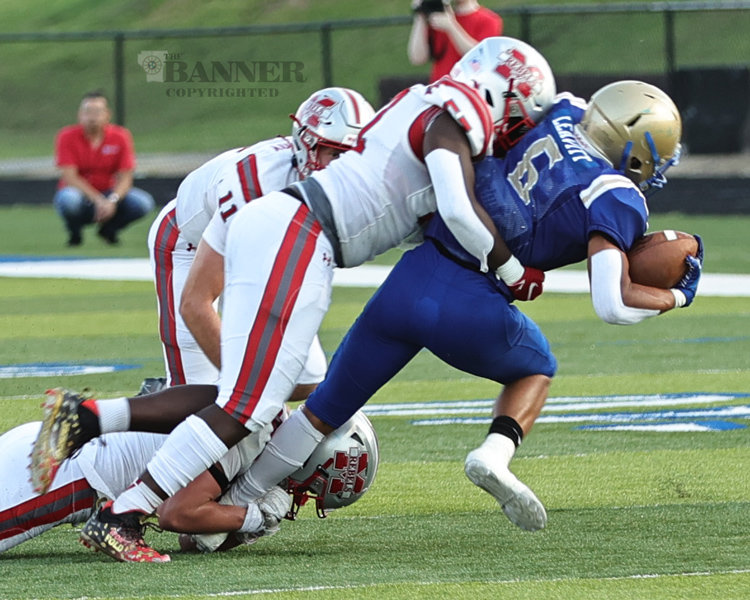 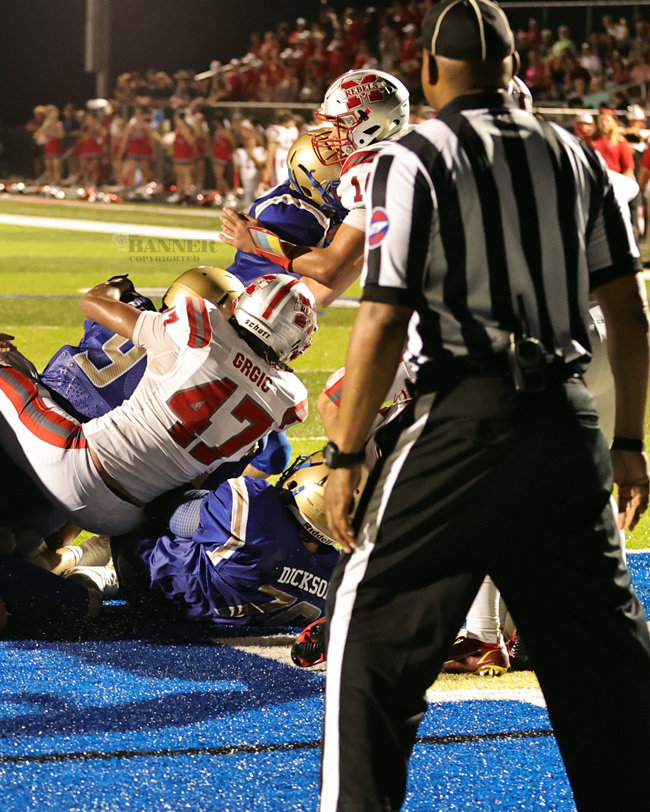 Huntingdon’s Gray Eubanks (#9) drives through a throng of McKenzie Rebels for the touchdown.
Photo By Joel Washburn/The Banner 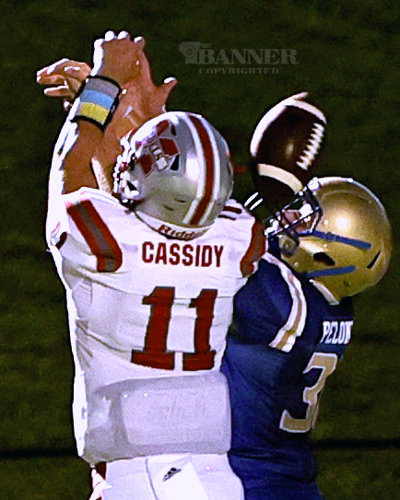 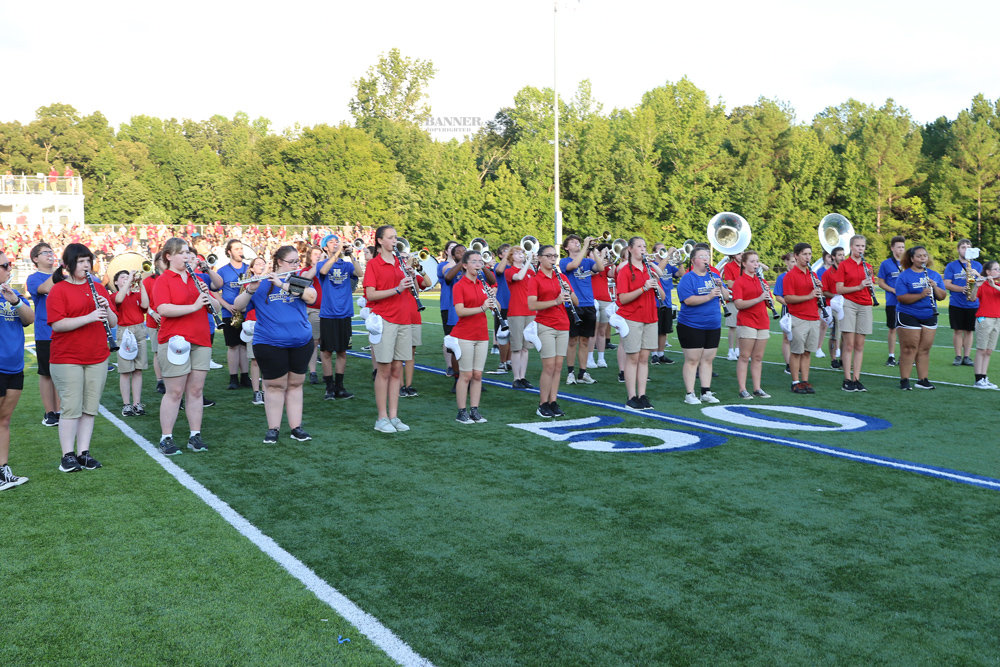 The McKenzie and Huntingdon High School bands came together at the start of the game to perform the National Anthem.
Photo By Joel Washburn/The Banner 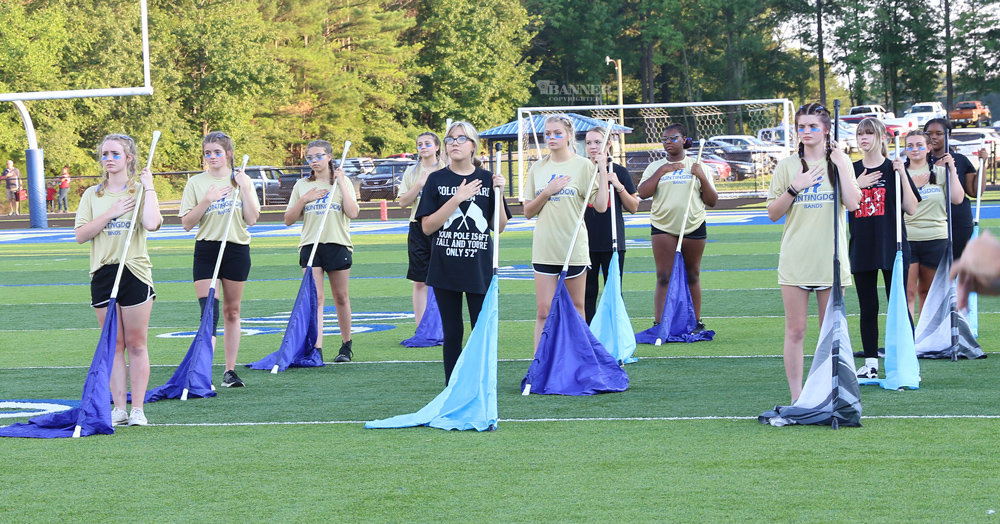