Rebels Rout MASE in Semi-Final Round

McKenzie Rebels, 14-0, punched their ticket to the championship game after a resounding defeat of Memphis Academy of Science and Engineering in the semi-final contest on Friday, November 25. After earning a two-point victory one week earlier against Fayetteville, the 34-0 victory over MASE seemed as a cake walk to the Rebels.

Rebels Rout MASE in Semi-Final Round 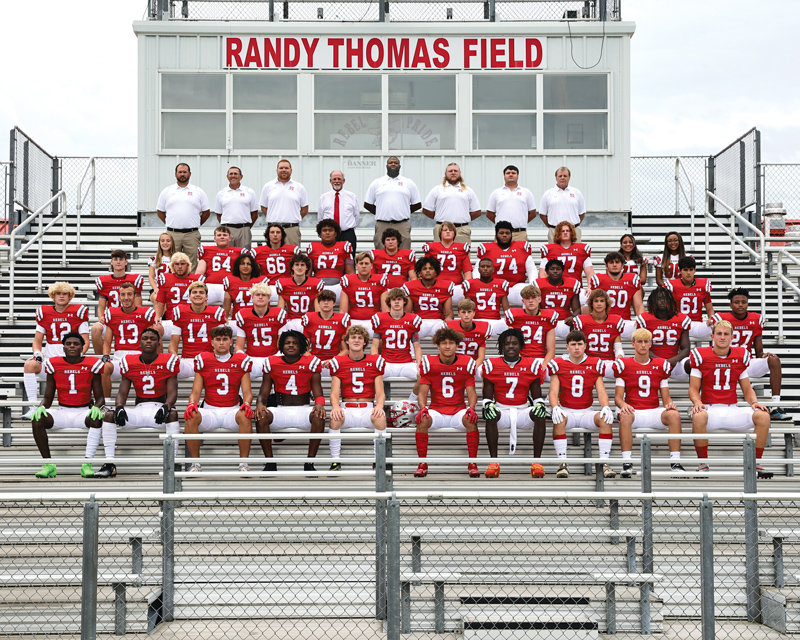 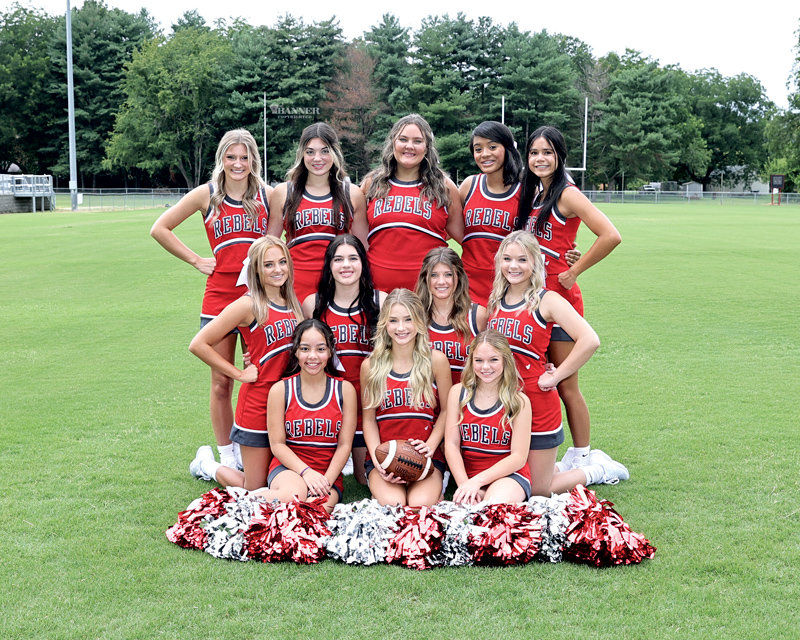 Previous Next
Posted Tuesday, November 29, 2022 5:00 pm
By Joel Washburn
washburn@mckenziebanner.com
McKenzie Rebels, 14-0, punched their ticket to the championship game after a resounding defeat of Memphis Academy of Science and Engineering in the semi-final contest on Friday, November 25. After earning a two-point victory one week earlier against Fayetteville, the 34-0 victory over MASE seemed as a cake walk to the Rebels.
The senior-heavy Rebels set their goals early this season to make back-to-back appearances at Finley Stadium in Chattanooga for the Class 1A championship game. In last year’s game, South Pittsburg was the victor. The Rebels face Clay County this Friday, 2 p.m. CST for the championship and the final game of the season.
McKenzie’s 2022 path to the championship included the following victories: Huntingdon 34-12; Chester County 49-28; South Fulton, 54-6; Obion County 49-14; Perry County, 56-0; West Carroll 51-0; Dresden 40-7; Gleason, 56-0; Hollow Rock-Bruceton, 49-0; McEwen 21-6; Wayne County, 63-0; Moore County, 56-21; Fayetteville, 20-18; MASE, 34-0.
Clay County Bulldogs are from Celina, Tenn. They have 13-1 record, losing only to Westmoreland. The record includes Jackson County, 40-0; Clinton County, Kentucky, 53-0; Cornersville, 38-6; Jo Byrns, 43-6; Westmoreland, 19-20; Red Boling Springs, 62-7; Scott High School, 53-7; Grundy County High School, 54-0; Alvin York, 44-14; Gordonsville, 27-20; Sale Creek 49-0; Whitwell, 46-6; Gordonsville, 41-6; Coalfield, 40-33.  Clay County’s last appearance in the championship game was in 1983. The school is known as a men’s basketball powerhouse, making it to the quarterfinals in the 2022 championship series.
Any Friday, December 2, 2022 ticket is good for the entire day. A wristband is required for reentry. Spectators will need to redeem their GoFan ticket for the day’s wristband at a Dr. Pepper Fansville tent prior to entering Finley Stadium. All spectators ages 5 and older must purchase a ticket. A clear bag policy is in effect.
11 a.m. ET — East Nashville v. Alcoa; (2 p.m. CST) 3 p.m. ET - McKenzie v. Clay County, 7 p.m. ET — Page v. Knoxville West.
Tickets are $12 and can be purchased online at https://gofan.co/app/events/767551?schoolId=TSSAA. The school receives a larger percentage of revenue if tickets are pre-purchased in lieu of at the gate.
The location is: Finley Stadium, 1826 Carter Street, Chattanooga, Tenn. 37408. Clear bag rule, No artificial noise makers. Fans will be scanned by a metal detector and bags will be searched. No professional cameras are allowed and no outside food or drink is permitted in the stadium.
MHS is hosting a pep rally Wednesday, 7:30 p.m. in the MHS Gymnasium. The community is invited to participate.
The team will leave MHS around 9:45 a.m. Thursday.