The McKenzie Rebels are preparing for the 2022 football season by twice-daily practices and through 7 on 7 contests with other schools. 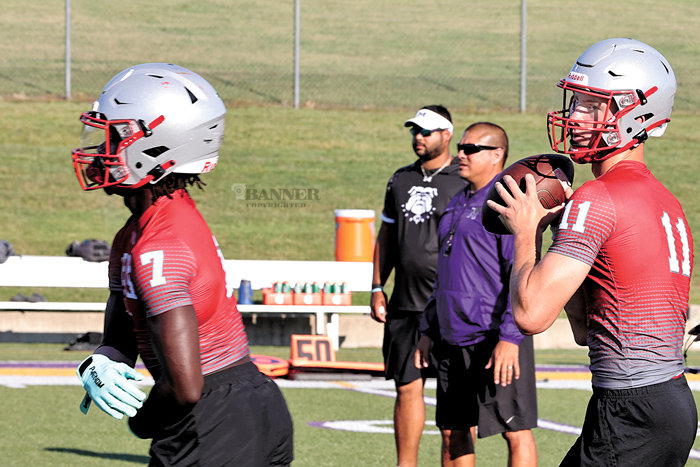 Quarterback Jackson Cassidy and Marquez Taylor (#7) during a 7 on 7 contest at Bethel’s Wildcat Stadium.
Photo by Joel Washburn/The Banner 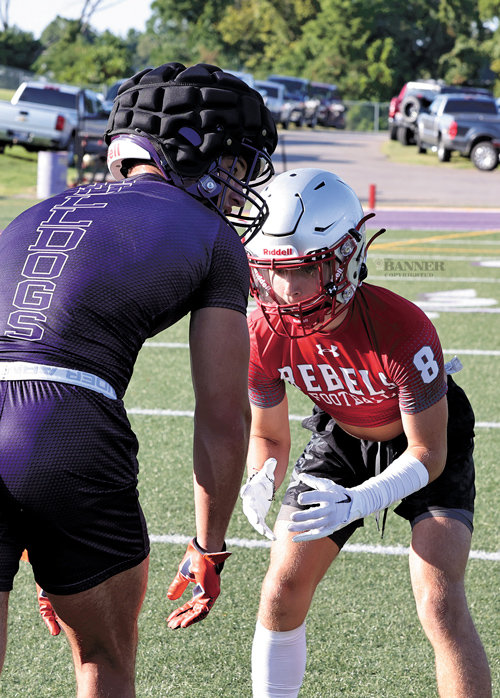 Brady Brewer (#8) on defense against a Milan Bulldogs receiver during a 7 on 7 match at Bethel’s Wildcat Stadium.
Photo by Joel Washburn/The Banner 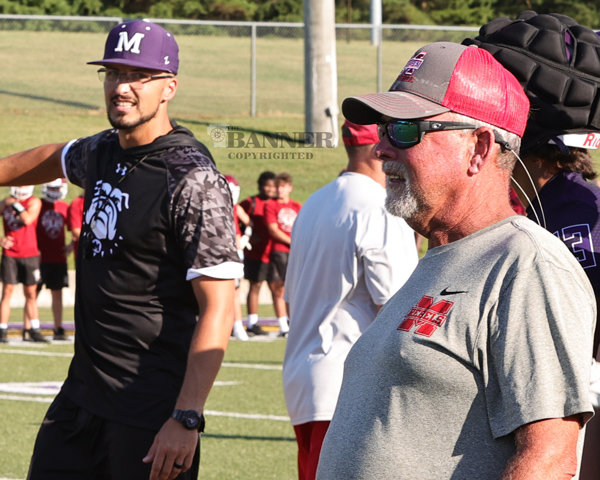 The McKenzie Rebels are preparing for the 2022 football season by twice-daily practices and through 7 on 7 contests with other schools.

Coach Wade Comer, now in his 22nd year as head coach plus four as an assistant, said the Rebels are readying for the season and are hopeful to return to the state championship game.

“It’s one game at a time,” said Comer, noting the undefeated regular season of 2021 was wonderful and the Rebels will see all those teams again, except the East Tennessee team of Sequatchie County, which was a last-minute substitute last year.

Forty-one players, including 13 seniors, are on the roster this season.

They are working hard and looking forward to the pre-season, regular season, and post-season.

The team has pre-season scrimmages on July 29 with McNairy County; August 5 with Lexington and a jamboree at Henry County on August 12. They just completed 7 on 7 drills at Bethel and UT-Martin against other high school teams.